Eight Treasure Stir Fry or Happō-sai is a popular Japanese dish prepared with eight ingredients consisting of different vegetables, meats, and seafood where it is stir fried then thickened with potato starch.

Japanese stir fry might not be as popular as the Chinese stir fries, but they do exist, it think it’s just overshadowed by more popular Japanese dishes by the likes of ramen, teriyaki, sushi, and sashimi. In fact, there are a lot of wonderful stir fry recipes that the Japanese cuisine have to offer, they have the Yasai Itame, Yakisoba, Yakiudon, Yakimeshi and our dish today the Eight Treasure Stir Fry or Happō-sai.

Like most Japanese dishes this stir fry has its roots from the Chinese, called by the same name but flavours are adjusted to suit local ingredients and taste. Named as Eight Treasure Stir Fry primarily because it contains eight main ingredients which is a mix of different vegetables, meats and seafood, number eight was chosen because with both Japanese and Chinese culture, that number is considered to be lucky, so if you want to be lucky today why not make this dish and find out if indeed it will give luck to you.

Eight Treasure Stir Fry or Happō-sai is a popular Japanese dish prepared with eight ingredients consisting of different vegetables, meats, and seafood where it is stir fried then thickened with potato starch. 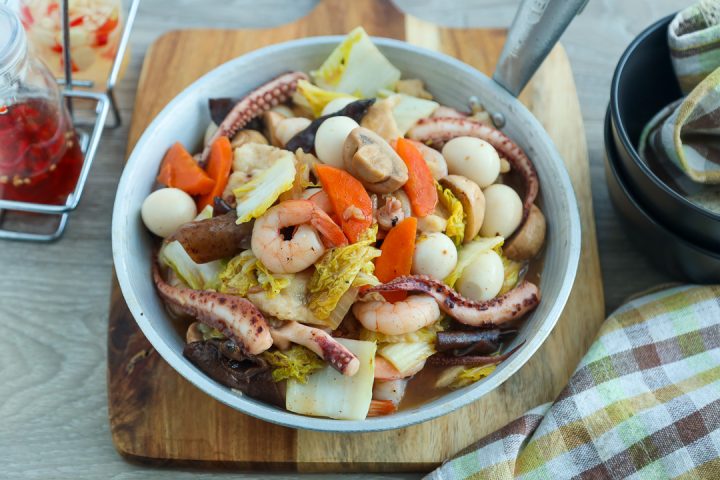