18 Pata Recipes You Need To Try

18 Pata Recipes You Need to Try is a list of pork leg/hock recipes that are highly recommended specially for pork lovers.

Pata is the Tagalog word for Pork Leg or Pork Hock and it is one of the most sought-after pork cut in the Philippines due to its gelatinous and fatty composition which gives an amazing texture that most Filipinos love. Pata usually is prepared in popular Filipino recipes like the Crispy Pata, Patatim and Kare kare, three distinct taste and three distinct cooking techniques, and this demonstrates that this cut is quite flexible. Having said that, Pork Legs is also a meat cut loved across the world, not just in the Philippines and there are also many recipes out there that is worth sharing that is why we are showcasing this list of 19 Pata Recipes You Need To Try, all of which are tried and tested personally by me so hopefully it won’t let you down.

Give each one a shot and let me know what’s your thought on it. Let’s start.

Black Sweet Vinegar Pork Trotter – This Chinese dish of slowly simmered pork trotters and/or pork leg is cooked in black vinegar mixture, caramelized sugar and tons of ginger. Vinegar may not sound pleasing to the taste but in this dish it’s a totally different ball game.

Braised Pork Hock with Chestnuts and Mushroom – Another one from China, this time it’s a simple pork leg dish cooked in soy sauce, garlic, chestnuts and shiitake mushrooms together with aromatic Asian spices like star anise, cinnamon and ginger. This is one of the simplest and common way of braising meats in the Chinese cuisine, it may be common, but the taste is amazing.

Bánh Canh Giò Heo – Now let’s go to Vietnam, this noodle soup dish made out of thick rice noodles with collagen rich pork soup made out of pork hocks. You will feel the collagen on this dish on every slurp of that delicious soup. 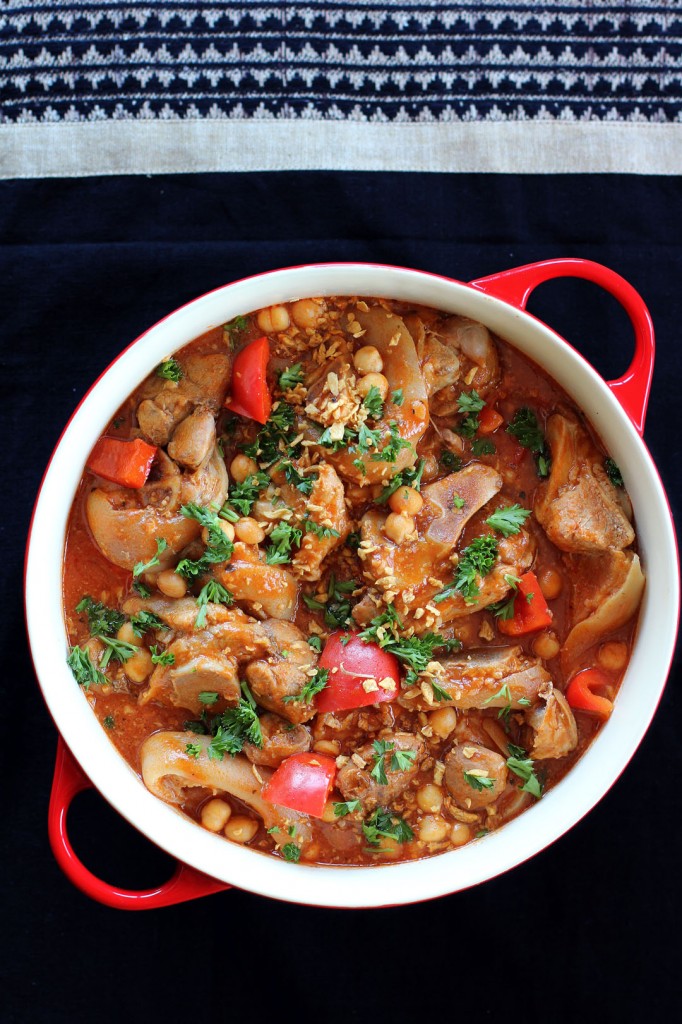 Garbanzos con Patas de Cerdo – Puerto Rico has something on their sleeves as well and this pork hock dish is a tomato-based stew of Pork Leg and chickpeas, some use potatoes and butternut. Its tangy, its mildly sweet and very savoury. Great with a crusty bread or rice. 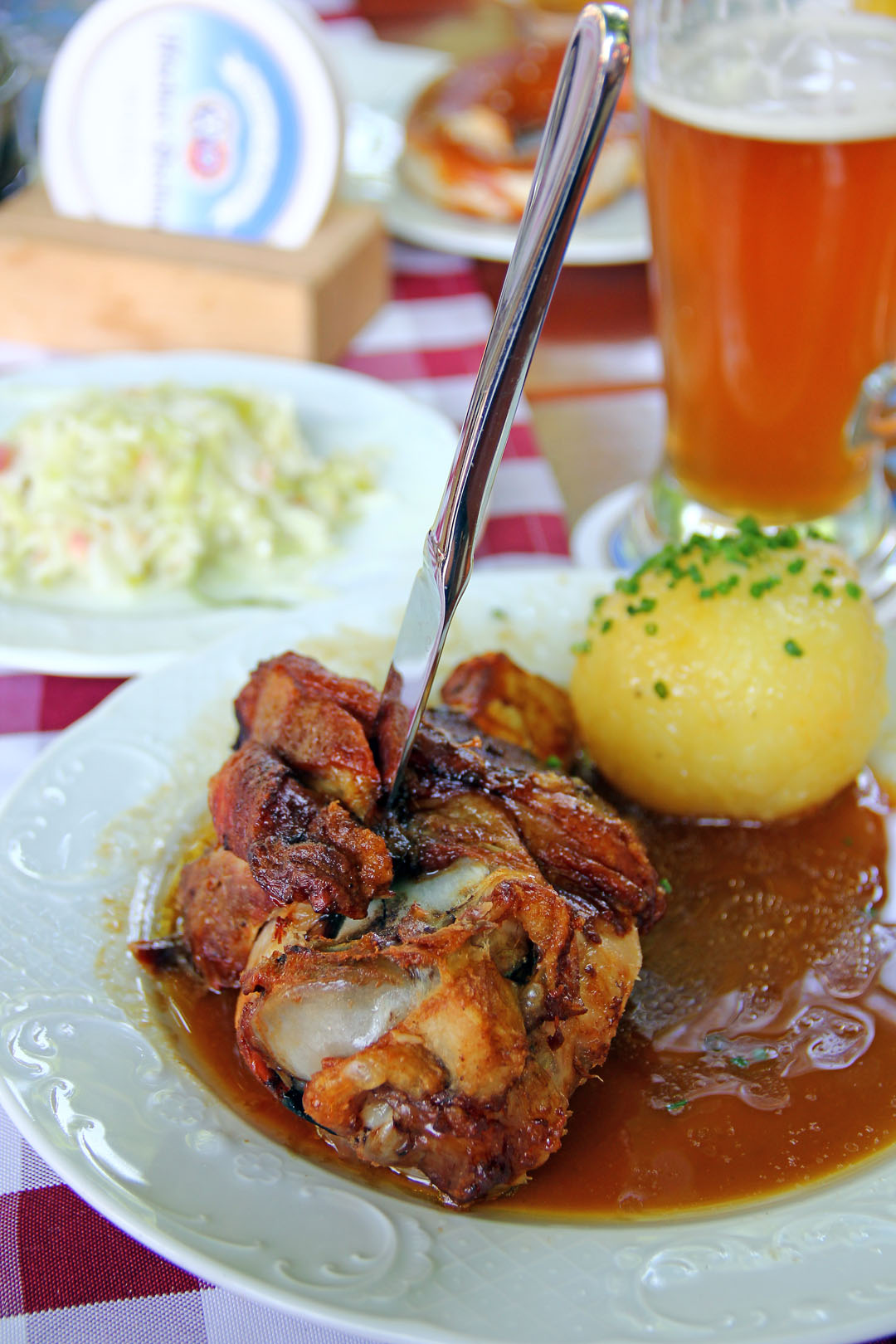 Schweinshaxe – The Germans love pork and this is one testament to it, I call it the Crispy Pata of the West and you can see why.

Pata con Setas – This one came from Spain and was brought to the Philippines, was converted to use local ingredients which brought us to this dish that is prepared with local chorizo, white beans, tomatoes, paprika, bay leaf and lots of garlic.

Pork Leg, Lentil, Peas and Bean Stew – There is a big influence on the Indian cuisine on this dish, I guess you can see why, it’s the extensive use of different types of beans. Then it stops there because this dish is nowhere near vegetarian, with the soft pork hocks, meat lovers would rejoice. 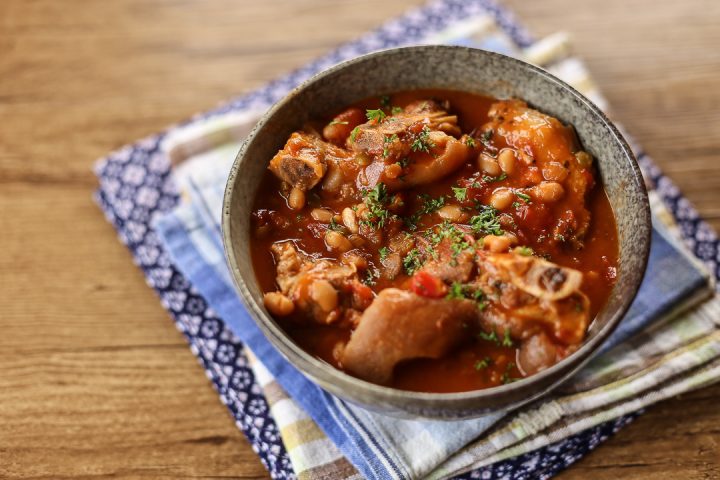 Pata and Beans – Inspired by the American pork and beans, this upgraded version of it makes use of a whole pork leg instead of one piece of fat you try to find in that can. 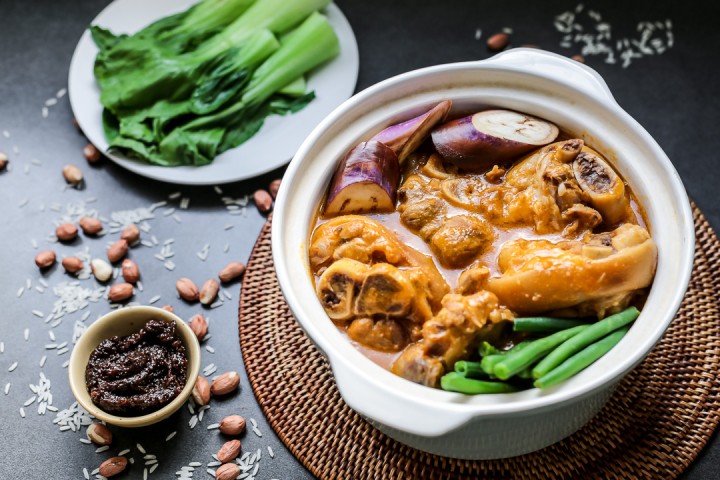 Kare Kareng Pata – Now lest go back to my home cuisine, starting with Kare Kare. Usually this one uses beef tripe and beef skin, but this version uses pork leg which gives a similar texture.

Patatim – Sticky sweet stewed pork leg with tons of garlic, do I need to say more?

Paksiw na Pata – Basically this one is almost similar to the Patatim but with vinegar added, giving it a nice tang.

Paksiw na Pata Batangas Style – Now let’s remove the soy sauce and sugar from Paksiw na Pata then you have this. For people who loves sour dishes, this will be heaven for you.

Pasig Style Nilagang Pata – This one is a cross between Puchero and the usual Nilagang baboy, with hints of achuete. Described as “brothy pork knuckles dish is thickened with fried ‘saba’ and ‘kamote,’ with cabbage, string beans, and coloured with ‘achuete,’ eaten with either of two side dishes: grilled eggplant mashed with vinegar, a sprinkle of sugar, shallots, garlic, or simple lettuce salad with tomatoes, onions, sliced hard-boiled eggs in a vinaigrette”

Pata Hamonado – If that Patatim is not sweet enough for you then give this one a shot. Cooked in pineapple juice and pineapples, it not just uber soft but it’s also tangy sweet.

Crispy Pata – This list of 18 Pata Recipes You Need to Try will not be complete without this dish on it. Perhaps it’s the most popular pata dish in the Philippines, twice cooked pork leg where it is first steamed or boiled, cooled down then deep fried, giving it a very soft and flavourful inside and crispy outside.

Estofadong Pata – Pork leg, trotters, banana blossoms, saba bananas stewed in sugar, soy sauce and vinegar mixture, so what’s the difference between Patatim and Paksiw na Pata? Well basically this is the dish is a cross of the two, Paksiw na Pata is cooked in vinegar while Patatim is cooked with soy sauce, this one is cooked with both. 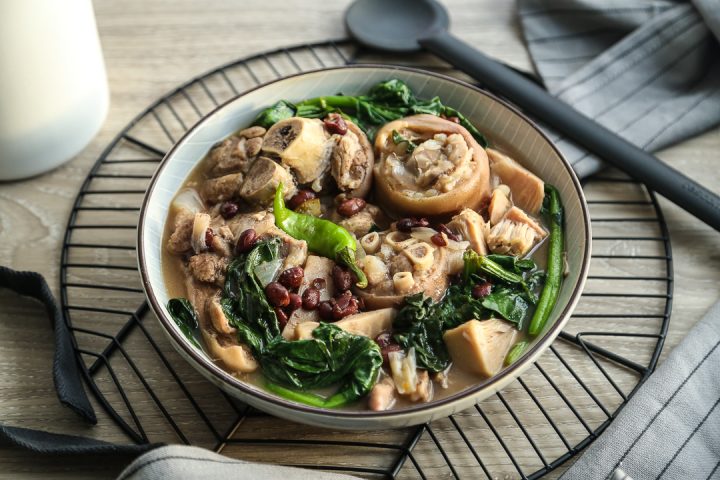 KBL – In short for Kadyos, Baboy and Langka. In English its Pigeon peas, pork and jackfruit, the main elements of this dish, and if that’s not exotic enough, it also contains Batwan fruit which makes this dish tastes like sinigang. 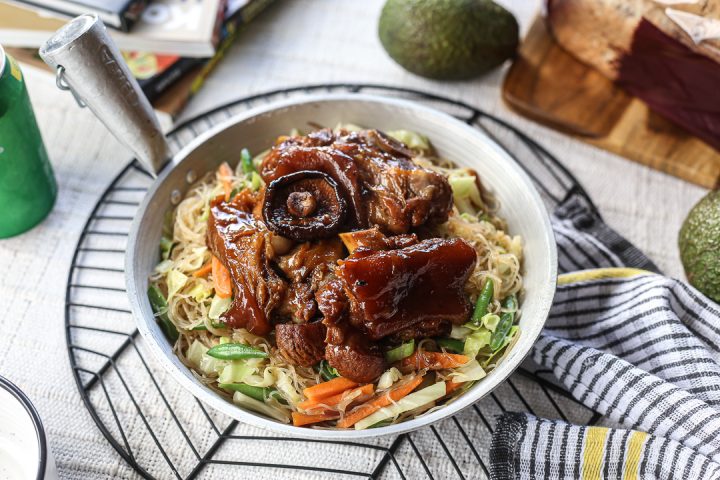 Pata Bihon – Lucky last on the list of 18 Pata Recipes You Need to Try is one of the latest one I prepared at home, stir bihon noodles seasoned with pata tim sauce and topped with pata tim pork.

There you go the 18 Pata Recipes You Need to Try, what will you try?