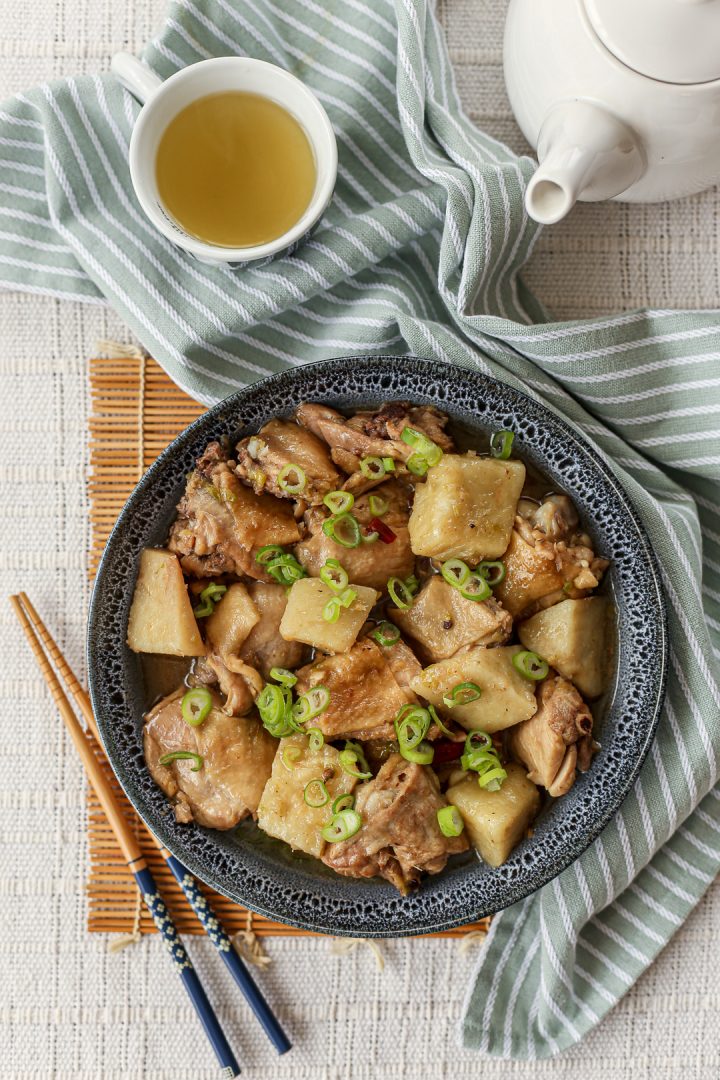 Taro and Chicken is a combination that I never had used before or even tried on restaurants until lately when I saw it on the menu of one of the Sichuan restaurants here in Auckland. I never ordered that but I took note of the name and did some further research when I got home, as expected there are very few recipes of it I found online, in fact there was only one and I had based my recipe below from it. After cooking it, I asked my Chinese friends whether they recognised what dish it was, most of them say that Chinese cuisine is quite extensive so it’s hard to know most of the dishes, but there was one person who recognised it and said it looks almost similar but not as red as he expected it to be. I asked him what it was called and he said it in Chinese which I asked him to write so I can search for the recipe properly online, it was 紅燒芋兒雞 (translates to Braised Taro Chicken), I did searched for it and whoalla! That was the dish I was looking for.


While my photo below looks bland compared to 紅燒芋兒雞, it went out really well, in fact many people would like it since it’s not hot and spicy as the photos I seen online. It’s a quite tasty dish, the taro when cooked right absorbs all that chicken goodness, all of the fat rendered and its juices, add to that its mushy soft texture combined the meaty chicken and the light spicy flavour it’s one of the combinations I wished I had known earlier. Braised Taro Chicken is actually a Sichuanese dish and being one, it is expected to be numbing spicy, while I like that idea, I guess if I cooked it that way my wife and daughter won’t be able to handle the heat, so it’s quite a blessing in disguise that I saw only one English recipe of it, otherwise I will have second thoughts on cooking it. Also take note the real thing also uses the small round taro and since its quite hard to find it here in New Zealand, I used the bigger ones which takes a lot of time to cook, so using free range chicken is recommend as they cook longer than your regular ones, I would suggest to cook the taro first for 30 minutes before adding the chicken to enjoy its full effect.

So I am not claiming this is the original 紅燒芋兒雞, let’s just say this is my adaptation of it. A less spicy variety that I guess will be easier to consumed by non-Asians.

Chinese Braised Chicken with Taro is a Sichuanese Chinese dish that is prepared with chicken slowly braised with taro and spices like Sichuan peppercorns, Doubanjiang, ginger, garlic and spring onions. 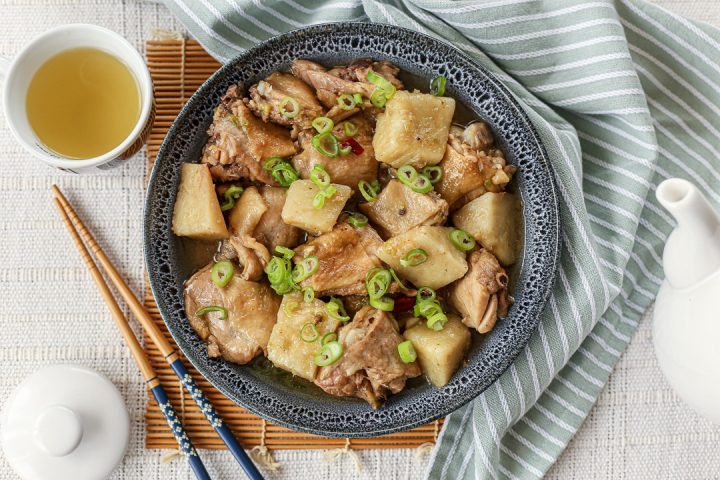