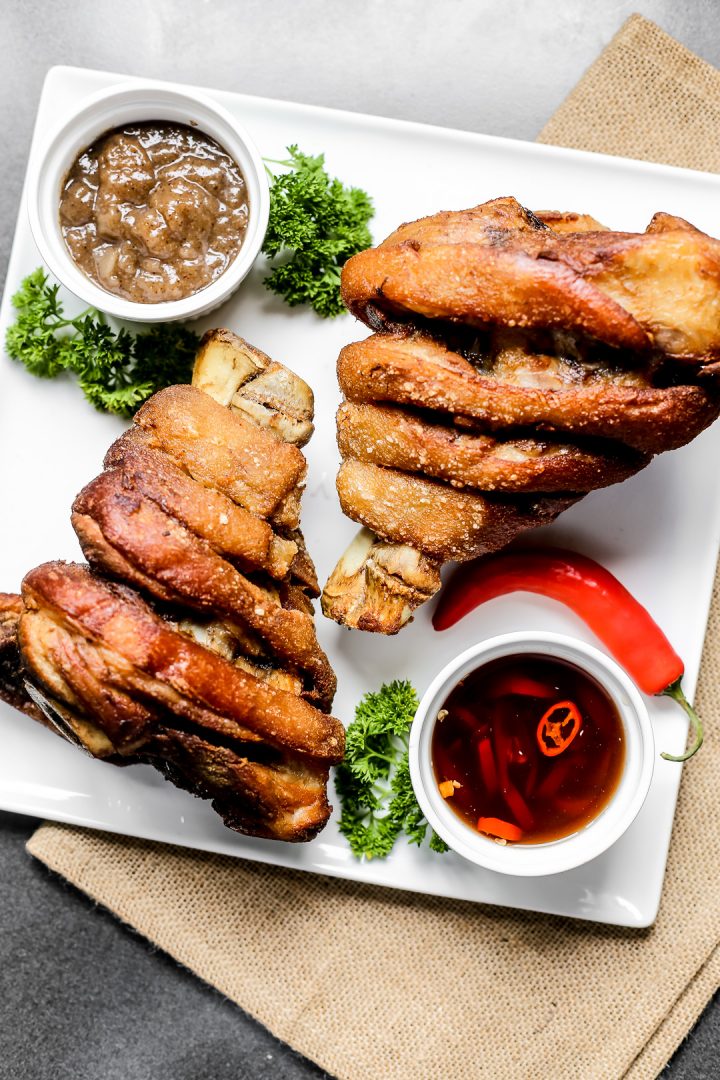 Crispy pata is one of the all-time Filipino favourite dishes usually is served in special occasions; it has a similar reputation as a lamb leg roast or Thanksgiving turkey in the Western World. It’s a simple recipe of twice cooked pork leg (“pata” in Tagalog) served vinegar and soy sauce dip. Traditionally the entire rear leg of a pig is used, it is then boiled in water infused with seasonings and spices until tender, it is then cooled down by refrigerating or freezing then deep fried in hot oil until skin becomes crispy. It may look simple but this is one of the dangerous things you can do in your kitchen, just imagine what a frozen or cold water dropped in a very hot oil will do. So if you are planning to make one be careful and use proper equipment.

It’s a very unhealthy dish as the pork legs that already consist of high fat content is deep fried until skin becomes really crisp resembling pork crackling in texture, it’s a dish that the heart foundation definitely would not tick but for once in a while I guess it should be OK.

Crispy pata is one of the all-time Filipino favourite dishes usually is served in special occasions; it has a similar reputation as a lamb leg roast or Thanksgiving turkey in the Western World. 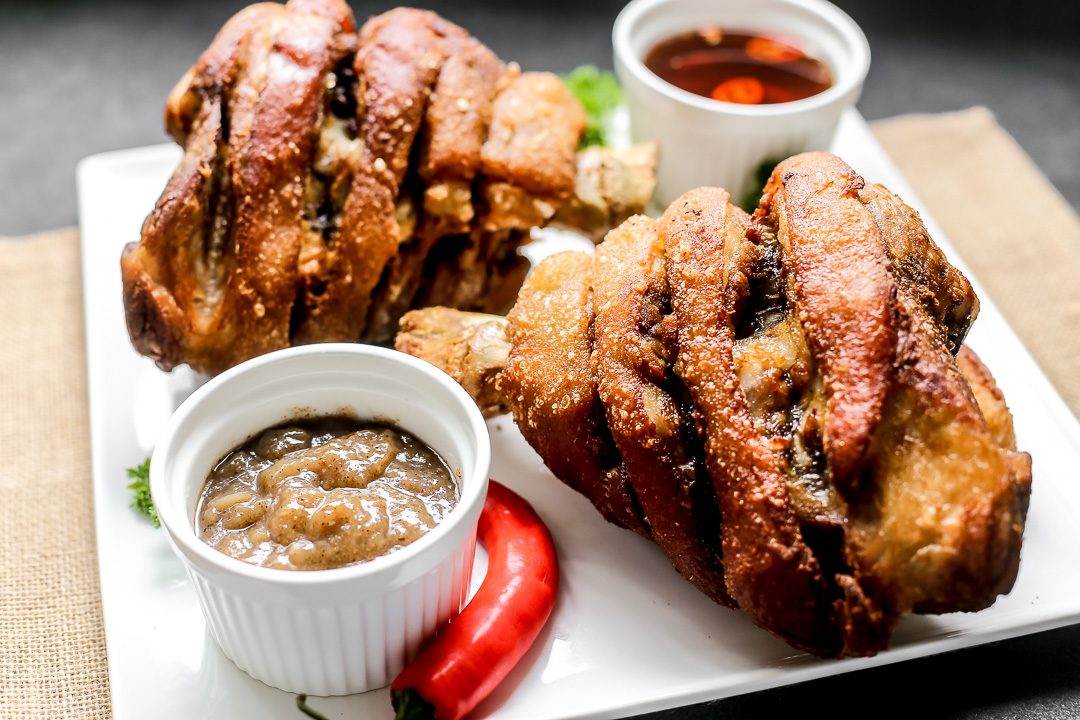