Pandan Mamon is a Filipino dessert and/or snack mini sponge cake made with flour and fluffed up eggs whites then flavoured with pandan essence giving it a soft aroma with hints of almond and vanilla.

When I see pandan leaves it reminds me of my grandmother because she uses this every time she prepares rice and ginataang halo halo which gives it a really nice aroma and hints of earthy vanilla flavour imparted in the rice. During those days I never know of any other dishes where this is used and never seen any other dishes that uses them. Fast forward to the future I started to discover new things and perhaps people started using them as well more frequently, one example is Buko Pandan, this never existed when I was young, the only sweet salad I ever knew was the buko salad and fruit salad, but during the mid-2000’s, this dessert started to gain popularity. Another dish that I discovered when I was in Malaysia was this dish called Pandan chicken, where chicken pieces are partly wrapped in pandan leaves before being fried giving it a nice aroma.

Pandan has been used in the Filipino cuisine for quite some time now but I haven’t seen much of it in action apart from the dishes I mentioned above plus some kakanins, hopefully like ube this gains traction as it’s such a nice flavour to use. Perhaps I would experiment more on it in the future like our post today the Pandan mamon where I added a simple twist to the already delicious Filipino snack cake. 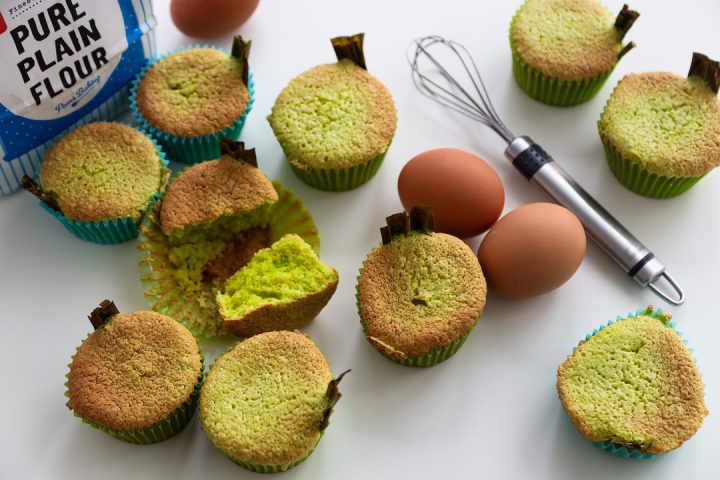 Pandan Mamon is a Filipino dessert and/or snack mini sponge cake made with flour and fluffed up eggs whites then flavoured with pandan essence giving it a soft aroma with hints of almond and vanilla.