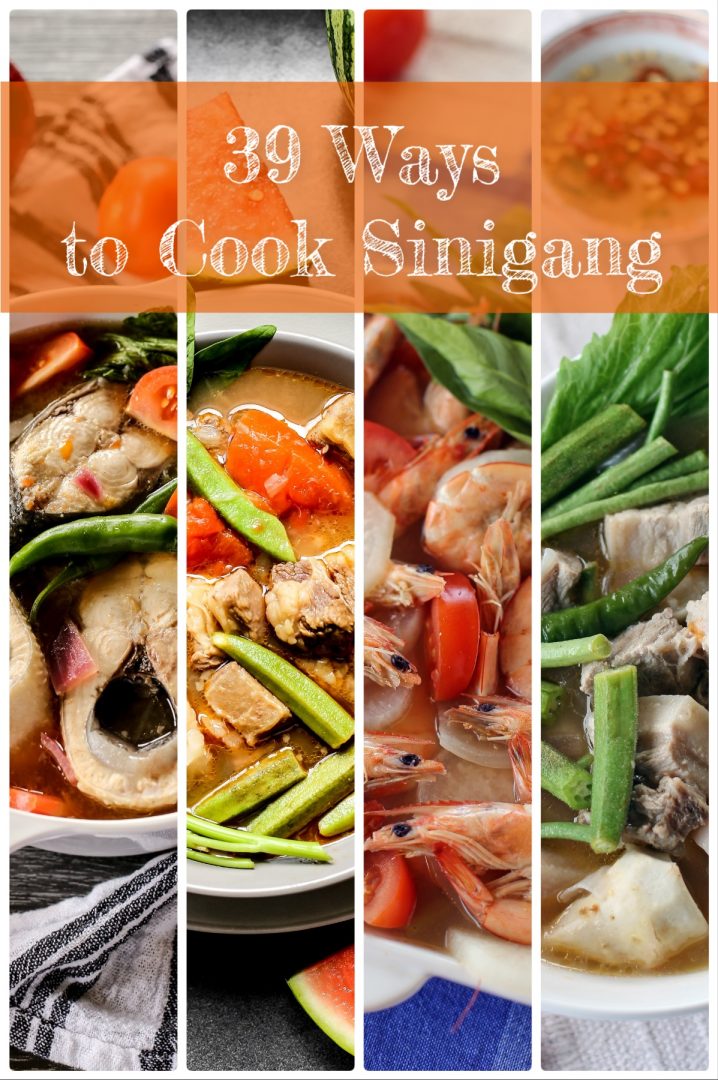 Sinigang is a sour soup dish from the Philippines usually prepared with meats like pork, beef, shrimps, fish and chicken served with vegetables like kangkong, okra, eggplant, tomato, onion and sting beans then is usually accompanied with either radish and/or taro. There are many ways to make it sour and the most common way is to use tamarind, the other souring agent that can be used are kamias, mango, santol, kalamansi, batawan and guava. Combining this in mind just imagine the many Ways to Cook Sinigang. While Philippines is a tropical country and we serve soups like this, you might be think we might be mad, why do we drink hot soups on a hot and humid country like ours? Well the sour taste makes it very refreshing.

Sinigang like adobo has been hanging around for quite some time, for how long no one specifically knows as the first written account for it was in the book written by our national hero, Dr. Jose Rizal, Noli Me Tangere, he finished the book in 1892. One of the main themes on some chapters of this book was about food and in the chapter titles “The Fishing Excursion”, Tía Isabel ordered the fisherman’s son to have the panalok (bamboo fishing net) ready “so the live fish can pass from the water to the sinigang broth”. There was also a section on the book where “Andeng, Maria Clara’s childhood friend, known to be an excellent cook, prepared the rice washing as a soup for the fish, adding some tomatoes and kamias.”

Apart from that there are no written accounts for it but many believed that it has indigenous origins others believe it might have originated from Malaysia since there is a similar tasting similar sounding name dish called ‘Singgang‘ where tamarind was also used to flavour the dish. I guess it’s hard to identify now but one thing for sure this dish had evolved and continue to do so specially in the last 30 years, I still vividly remember my grandmother preparing this with real tamarind nowadays you just need that magic tamarind packet and it removes all the hard work. While the taste will not be exactly the same, it is close and it still keeps the essence of what a sinigang is, it must be sour.

Now it’s not just the souring agent that evolved even the ingredients had, my best guess is that it all started with fish and tomatoes like what Dr. Jose Rizal written then the rest was history, the varieties started to become popular and even until now it still is continuing to evolve, so in line with that we are compiling a list of all the variants we know, some of which we already tried and cook and others just heard from friends and families, so without further ado here are the Many Ways to Cook Sinigang.