Chicken Quesadilla is a popular Mexican turnover dish filled mainly with cheese together with other ingredients such as chicken, beef mince, beans and vegetables 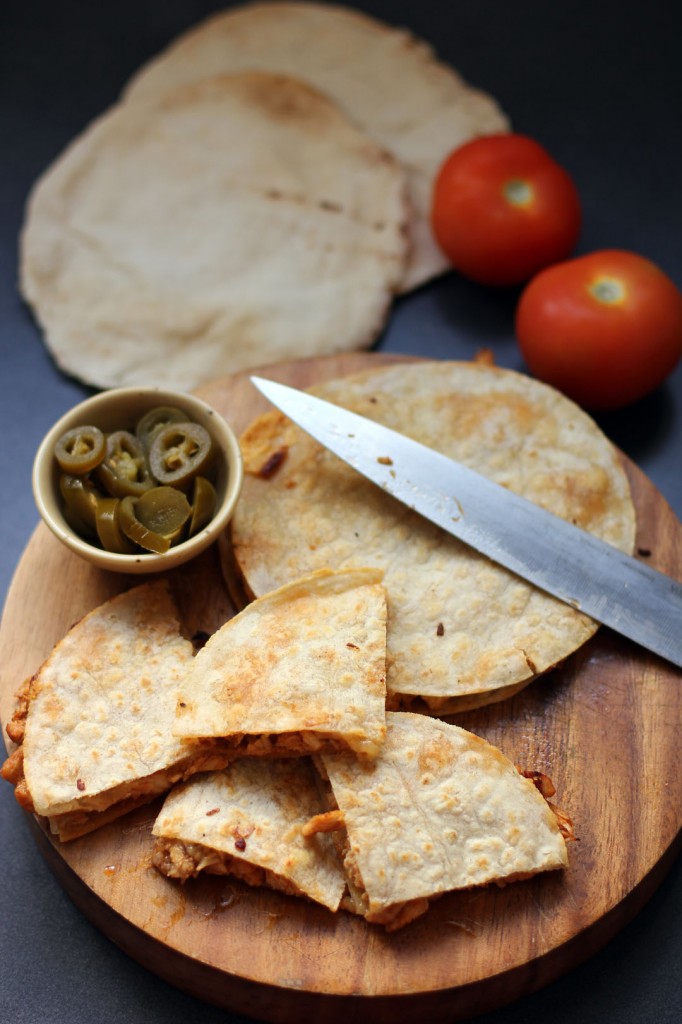 Quesadilla is a popular Mexican turnover dish filled mainly with cheese together with other ingredients such as chicken, beef mince, beans, vegetables and/or chillies. This ingredients are then placed in either corn or flour tortilla where it is folded in half, cooked either by pan frying, grilling, baking or deep frying (quesadillas fritas) then sliced into small wedges before serving with salsa, guacamole, and/or sour cream on the side.

There is little evidence for the history of quesadillas but one thing we know of is that the quesadillas a food that evolved from tortillas. As a basic food of Mesoamerica the tortillas was a staple of the region, it was widely used in the Mesoamerican cuisine from tacos to enchiladas hence it was easily discovered by the conquistadores who arrived in the region during the 15th century. During this time the Spanish then introduced a lot of crops, livestock and dairy items that were not present in Mexico before. One of the food item introduced which is key to developing this quesadilla was cheese, like many Mesoamerican dishes where anything was sandwiched in a tortilla it did not take a long time until these two food items were combined together creating what we now know as quesadilla. As history progresses different ingredients were added and evolved to what quesadilla is now.

There are many version for this delicious flatbread from beef to beans but one of my favourites is chicken and cheese that is why today we will make some. How about you what is your favourite quesadilla filling?

Chicken Quesadilla is a popular Mexican turnover dish filled mainly with cheese together with other ingredients such as chicken, beef mince, beans and vegetables