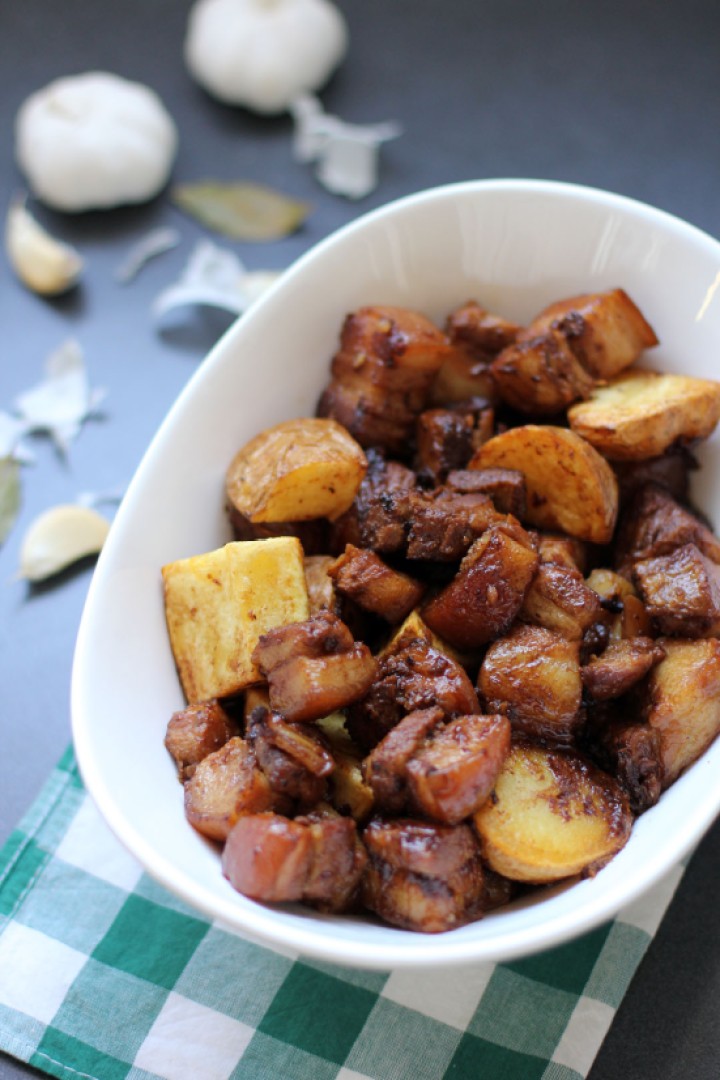 Adobo is  a Spanish word for seasoning or marinade, Spaniards during the 15th century encountered an indigenous cooking process which involved stewing meat with vinegar and salt so that it can be preserved longer as there was no fridge during that time.  After the Spaniards, then came the Chinese and they introduced soy sauce and eventually the salt was replaced by soy sauce.

I guess this is the most popular dish the Philippines have it’s so popular I think almost eveywhere I had visited this dish or its flavour is present.  Here are some instances, I remember eating at a restaurant at Kublai’s Wanchai, Hong Kong and saw they have an adobo sauce which is an option for the sauce you want to use on their Mongolian Barbecue.  In Malaysia, there is a Chinese restaurant in front of where I lived and they serve Adobo dish.  Also in US becuase of the sheer population of Filipinos there are restaurants that offer this dish.

In cooking adobo you can use Chicken, Pork, Chicken Gizzard, Chicken Liver or a mixture of any of those, they said the longer the adobo is the tastier it will be that’s why some Filipinos after cooking they dont serve it yet but set aside for a day before eating it.  There are a thousand ways of cooking this recipe and every Filipino have its own special way, my rendition for this recipe is using only pork and here it goes.

Leave a Reply, your comments are my inspiration Cancel reply