We all know Rendang is usually referred to a popular food in Southeast Asia particularly in Indonesia and Malaysia, but did you know Philippines have its own version? Riyandang or Randang a Filipino Maranao dish made of beef slowly cooked with spices and aromatics in coconut milk and toasted coconut meat. 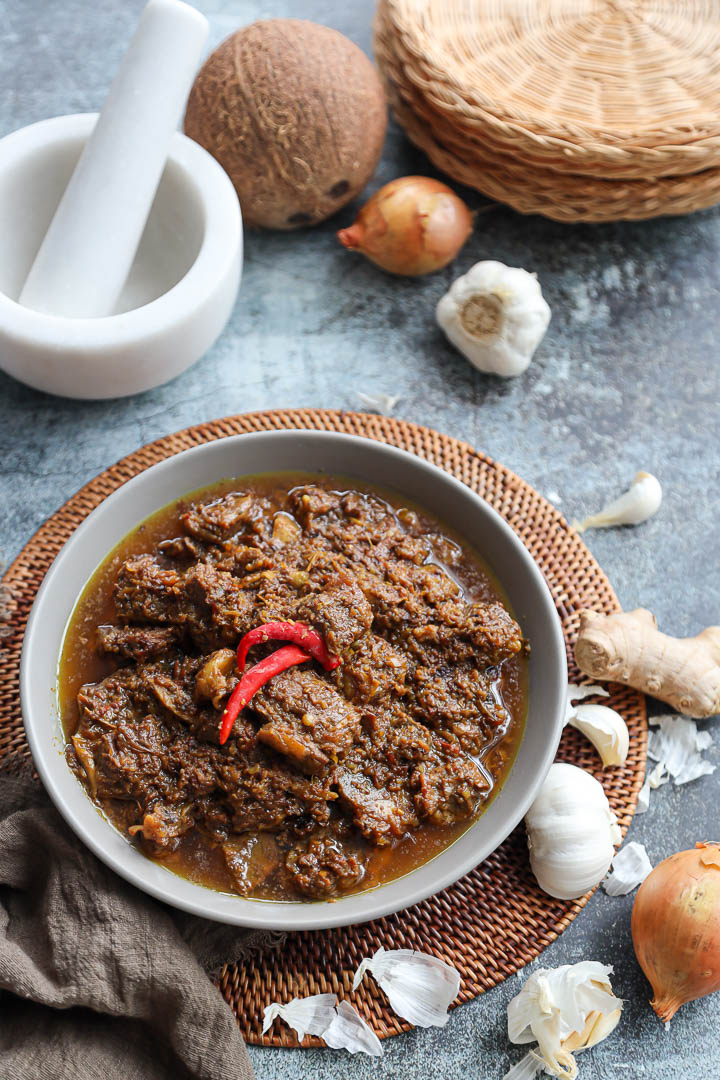 Rendang, we all know this delicious dish as it was voted as the World’s Best Food multiple times. A dish that originated in a country with diverse local culture and tradition it is understandable why this dish has tons of variety; in fact, we have our own version in the Philippines called Riyandang or Randang. Typically associated with the cuisine of the Muslim Maranao people of Mindanao this version of Rendang is less spicy and it uses a native spice mix called palapa. There were two claims on how this Filipino version originated, one of the story states that an Indonesian Islamic scholar, brought the recipe with him during the 1950’s when he visited Lanao del Sur. He then married Babu Sipur Mabaning, a Marinaut, Marawi local who learnt the recipe from her husband and in turn taught her neighbours, family and friends which had spread across Lanao through different generations. On another story, it states that it was created even before the 1950’s and was believed to happen during Hajj, the Islamic pilgrimage in Mecca when Indonesian pilgrims shared the dish and recipe to Filipino Maranao pilgrims which they did brought home and cooked locally, either way we all know the origin was from Indonesia.

Like the other Southeast Asian rendang the commonality between the different rendangs are the long process of meat in coconut, spices, chilis and seasoning. The Maranao version tend to be less dry compared to the Indonesian counterparts as many Filipinos prefer dishes with a bit of sauce. In the Philippines usually goat and beef are used but there are other varieties that chicken and seafood are also used as the main ingredient to this dish. It is the pride of the Maranao people and is usually prepared and served on special occasions like the kanduli festival, family celebrations and specially during Eid’s, so if you visited Mindanao and got served this then you know there’s something special going on. 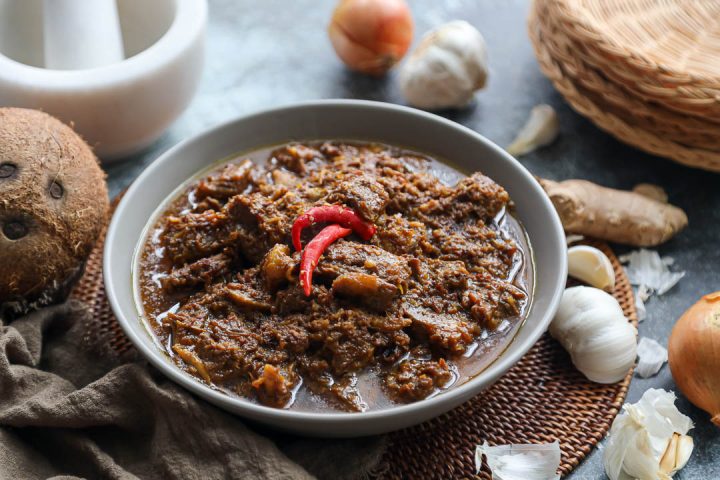 For me I love this version, I may be biased since I am Filipino, but I think my palate is just used to the spiced used on this Maranao dish, I felt its more savoury rather than heavy in spice.

Riyandang or Randang a Filipino Maranao dish made of beef slowly cooked with spices and aromatics in coconut milk and toasted coconut meat. 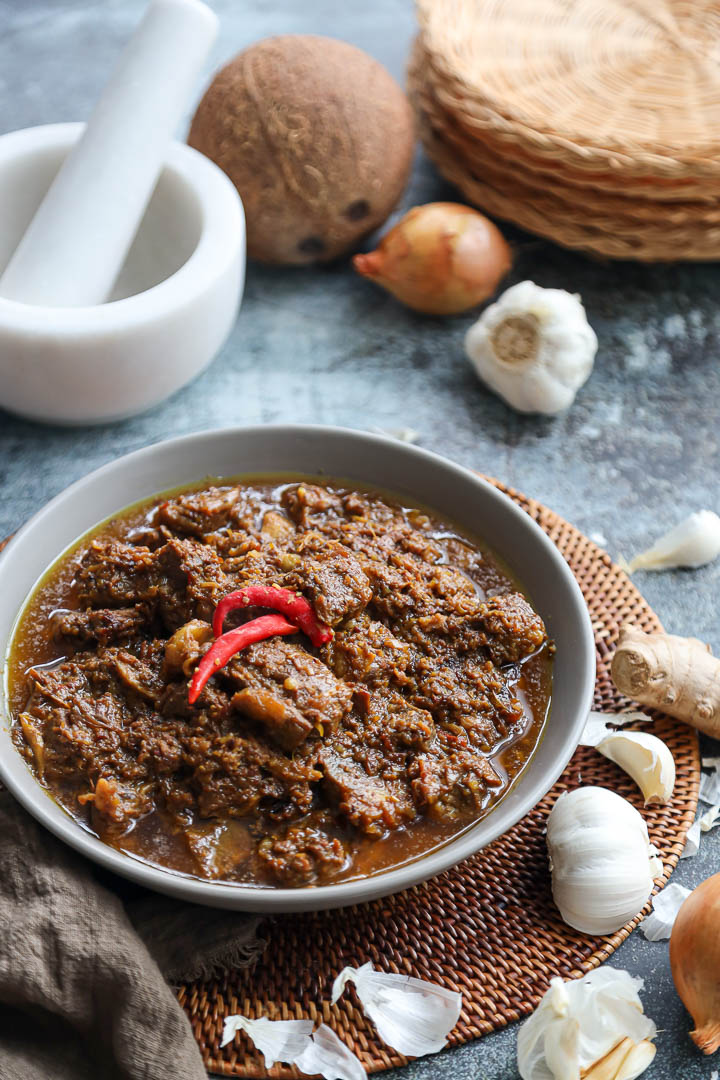