Beef Rendang holds the top 1 spot in CNN’s 2011 World’s 50 Most Delicious Foods‘, it is a spicy meat dish that originated in Indonesia. It was created by the Minang’s (people from the Minangkabau ethnic group in Indonesia) as a dish served during ceremonial occasions and to honour special guests. It proved to be good thus its popularity spread over the region like in Malaysia, Singapore, Southern Thailand and Southern Philippines.   In the Philippines this is common in the Muslim Maranao people of Mindanao, usually called Randang, this Filipino version uses a native spice mix called palapa as well as the addition of muscovado sugar.

The cooking method and ingredients of rendang is quite complicated, any meat can be used but the most common ones are beef and chicken. The dish contains a lot of spices like garlic, shallot, chillies, ginger, galangal, turmeric leaves, lemon grass to name some, these spices also serve as a natural organic preservative that’s why this dish can last for four weeks with no refrigeration. Rendang also takes a lot of time to cook and the really good ones usually four hours to prepare as meat are slowly cooked in coconut milk and spices until the liquid dries out, this process makes the sauce caramelize and the meat to absorb all of the spices and become really tender. This cooking method is the one responsible making the flavours complex and unique. 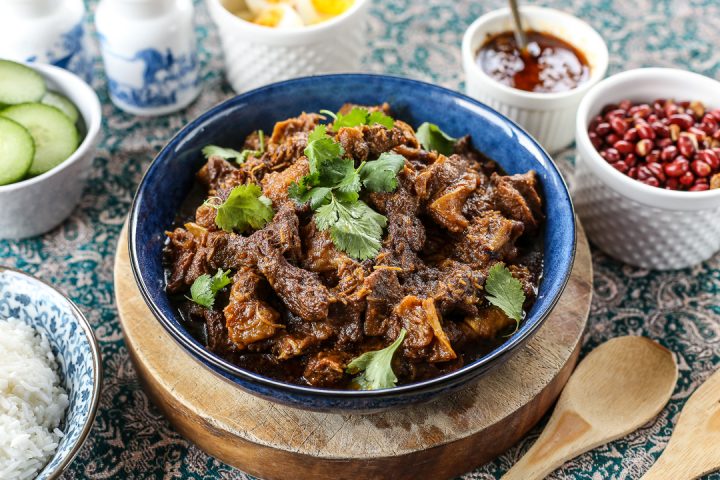 There are two types of rendang the Dried one which is also called the true rendang and the Wet Rendang or what is called Kalio. While both have nearly the same ingredients the cooking times is much different, dry rendang as I had said is prepared for four hours at least while Kalio can only consume one hour of your time.

I am lucky that I had tried these types of dishes when I lived in Malaysia and have lots of Malaysian and Indonesian friends that can prepare this for me; it certainly enhanced my culinary experience and develops appreciation for very complex tastes and textures. Now for those who haven’t tried this give it a shot and see why it was placed on the number one spot

Beef Rendang holds the top 1 spot in CNN’s 2011 World’s 50 Most Delicious Foods’, it is a spicy meat dish that originated in Indonesia. It was created by the Minang’s (people from the Minangkabau ethnic group in Indonesia) as a dish served during ceremonial occasions and to honour special guests.

For a really good rendang I suggest you consume this after two days so that the flavours continues to develop.