The best breakfast or brunch for those of you who are protein lovers. Steak and Eggs is a simple dish of pan seared steak topped with sunny side up eggs. 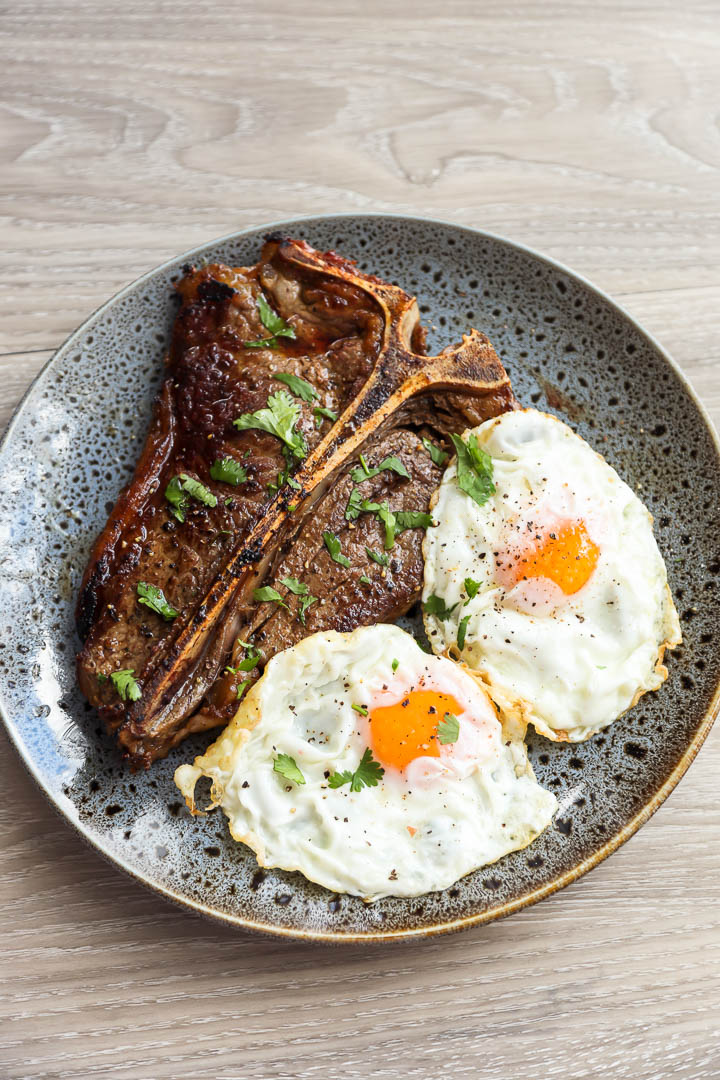 Is this dish from Australia, America, or English? I think it’s hard to pinpoint where this originated specially for such a simple dish with minimal ingredients, but it is worth noting that this simple breakfast meal is considered an Australian dish since World War II. Having said that there were also lots of mention of this dish in American and English newspapers during the mid-nineteenth century

In the 1940’s this Aussie known dish started to become more popular as an American dish and became the pre-landing breakfast of the United States Marine Corps, it was so liked it became more popular than the Australians. The Australians on the other hand were encouraged to eat mutton instead of beef forcing Australian restaurants to remove steak and eggs from their menus.

Today brunch was this Aussie / American classic and our choice of cut was a T-Bone, it is a nice and easy breakfast, a hearty one and a satisfying meal to start the day. Preparation is quite easy all you need is around 10 minutes then you are all good to go.

Steak and Eggs is a simple dish of pan seared steak topped with sunny side up eggs. 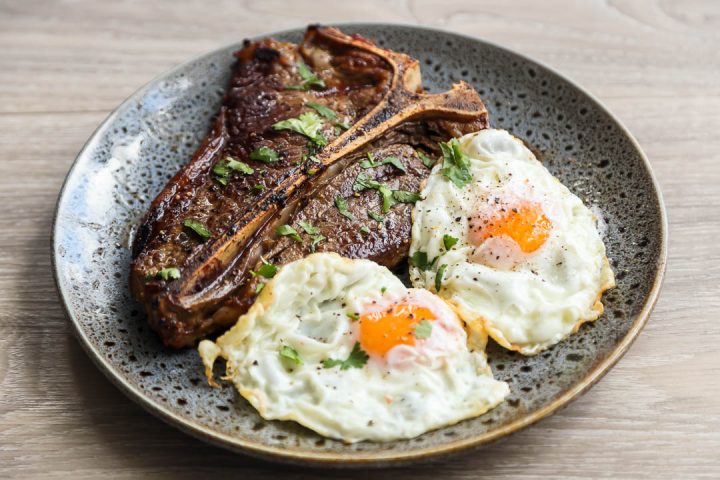