It is like nilagang baka but with a Korean Twist! Galbi-tang is a Korean clear soup dish prepared with large chunks of beef short ribs slowly simmered for long hours with radish, garlic, onion, and other ingredients.

There are many clear beef soups around the world like the Filipino Nilagang Baka, Kiwi Boil Up, Spanish Cazuela and French bouillon or consommé, all of which are really old recipes that dates back to many hundred years ago, it is the simplest form of cooking meats, just boil it with vegetables, salt and spices in water then you have a decent meal. Now it may sound simple, because it is but that does not mean it does not, they are tasteless, trust me a lot of it are impressive, otherwise we will not be sharing this recipe here.

Galbi-Tang or short rib soup is a variety of guk, or Korean soup prepared with beef short ribs along with radish, onions, and other ingredients. Also called garitang or galitang this dish was believed to have existed since the Goryeo Dynasty which was around 918 to 1392. In the 1890’s it was said that galbitang were commonly served on Korean royal court banquets. That is why it is a dish also popular nowadays in Korean wedding receptions. Today there are no weddings but as a beef soup lover, this is one of my go to Korean Soup dishes, it’s simple yet very comforting, like a chicken soup, so if you don’t feel good or its cold and rainy from where you are, give this one a shot and feel the warmth it can give. 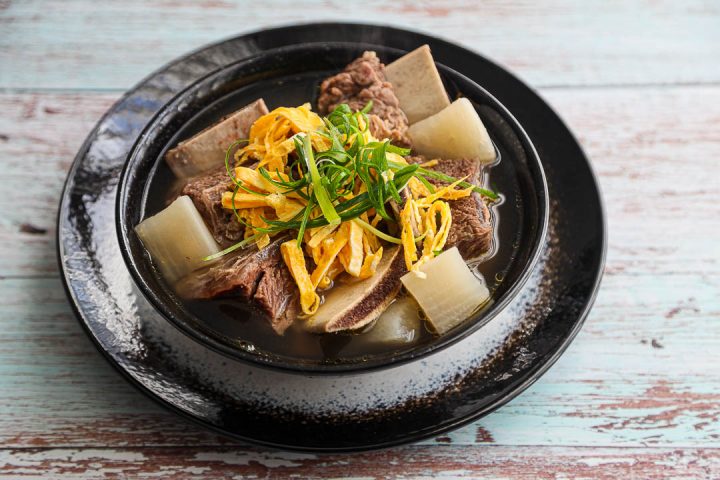