I am not sure if you heard about these ice cream flavours but for Asian netizens and Asian communities this is quite a big thing, in fact they were both trending during the end of 2019. Since then all we can do here in New Zealand is to drool over the pictures on Instagram since they are not available here or if there are it was quite elusive up until know that we finally had found them.


Now if you are like me, endlessly searching for this treat then today is your lucky day as I will let you know which shops, I saw these frozen delights. For the bubble tea ice creams I found them in two different locations so far, in Smart Supermarket in Massey and at Thai Heng Grow Fruit & Vege in Henderson. For the White Rabbit ice cream I only saw them at Smart Supermarket. I am sure this thing will pop up in other Asian supermarkets in Auckland since someone is importing them now.

So what is the big deal? First let’s start with the White Rabbit Ice Cream. White Rabbit is a famous candy brand from China and across East and South East Asia. It is a milk-based white candy with a soft, chewy texture and became really popular because the inner wrap are edible, and it is made with sticky rice. This candy is considered to be one of China’s top brand of sweet. Since then the brand became popular, they added many flavours like chocolate, coffee, peanut, red bean and mango to name some but nothing is as nostalgic as the original one hence when the ice cream flavour was released most of the Asians that grew with it went rushing to the Asian supermarkets to grab some. We can’t since during those times it became a hit, we don’t have it here, until today. It was one pricey ice cream but for the sake of reminiscence we have to buy one at NZ$12.99 per box which contains 5 individually wrapped pieces. At first, I thought it will have the same experience with the candy, where an inner cover or wrap will be present and also edible, to my surprise there was none, it would be great if the manufacturers did it this way. What it does have is the same exact taste of the candy, it certainly brought back a lot of childhood memories on each bite. It has that signature creamy taste but not too creamy, slightly sticky, and not too sweet, it was indeed the candy on an ice cream form. Definitely a 10/10 for me, nothing more, nothing less in terms of its flavour. 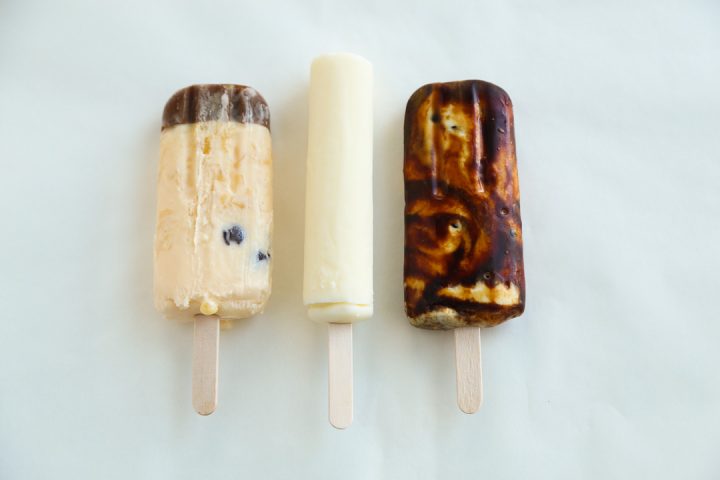 Now how about the bubble tea ice cream? Unlike the first one where it is inspired by a candy of our childhood, this bubble tea ice creams flavour is more recent, and was inspired by the bubble tea. Manufactured by the Taiwanese Company Shao Mei, it certainly captured the attention of bubble tea lovers across the world. It also quite pricey as we had it for (if I remembered correctly) NZ$10.00 per box of 4 pieces. There are many varieties of this ice cream, I heard about four of them but there were only two types from the Asian grocery I mentioned above. First was the Brown Sugar Boba and the other one was this Pudding and Boba Ice Bar; both are real flavours of bubble tea but does the ice cream version gave justice to the drink?


Let’s start with the Brown Sugar Boba, this one was the most popular flavour from this company, in fact this was the viral flavour. Upon opening you will notice a great similarity with the drink, marbled brown sugar syrup on milk tea ice cream. As for the taste, I was surprised too, it literally tasted like the drink, it was like burnt caramelized sugar on creamy milk tea ice cream, the boba texture was very surprising, I thought it will be hard but they were chewy, like the drink too. 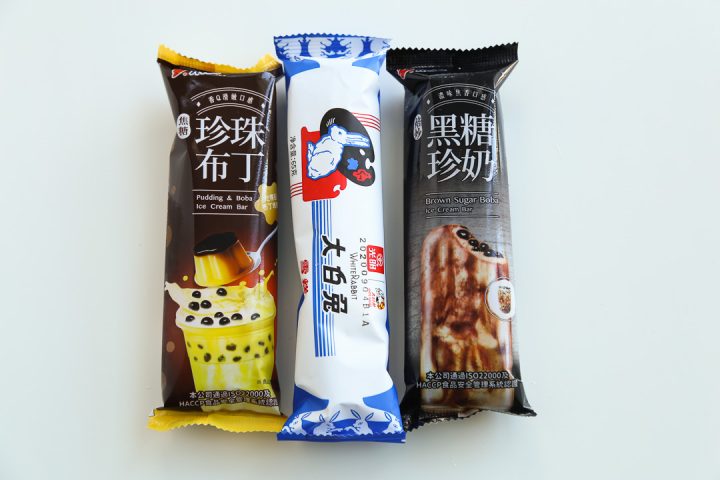 Now for the Pudding and Boba Ice Bar, this one looks similar like the drink too, it was done in three different layers. First one was the caramel on top, then the pudding in the middle, and finally the milk tea and boba at the bottom. It sounds good on paper but I was quite disappointed as they did not match well together, the caramel was frozen like ice and it lacked the sweetness, pudding was OK, the texture was well preserved, jelly like but harder than the real pudding. Then the milk tea layer does not taste like the milk tea from their Brown Sugar Boba, it was not creamy at all. Now since it was layered this way, you will tend to bite the top one first, then the next layer and finally the bottom layer, it was an inconsistent texture, from hard, to jelly then soft, it was certainly not a good representation of the drink. What’s good though was the boba and that’s it, so I am were you, I would not get this flavour and stick to the Brown Sugar Boba to avoid disappointment.

Were they all worth the hype, well if you’re an Asian and grew up with these flavours and textures, I will 100% recommended the two, the White Rabbit and the Brown Sugar Boba, leave that Pudding and Boba Ice Bar behind.