Yes, it’s another milk tea post, and this is my fourth milk tea drink recipe to date, first was the red bean, then we have the taro, then the ube and now this, the Dirty Milk Tea. Dirty Milk Tea as the name suggest is a dirty looking milk tea prepared with black tea and milk which is then served smeared thick brown sugar syrup on glass. It’s one of the most popular milk tea flavours out there and one of our favourites too, like most milk teas this has a similar preparation process except for one.


Usually milk teas are flavoured with sugar syrup that is made with white sugar, on this one we use brown sugar to give that dark colour plus some molasses to give that smoky taste. I had made this before at home a lot of times but did not want to post it since I felt it was missing a flavour that I get from the commercially made ones. Before I was just using brown sugar, but it does not have that smoky flavour, I tried to burn it slowly on next attempts but still the taste is quite different until I made black kusinta. When I made that kutsinta a light bulb appeared on top of my brain because that was the flavour, I was looking for in this milk tea, it was the black strap molasses I used on that dish that will make it taste right. I then experimented on adding them on this recipe and bingo! This was the recipe I was looking for.

Dirty Milk Tea is a type of milk tea that looks dirty as the name suggest, made with black tea and milk served smeared thick brown sugar syrup on glass. 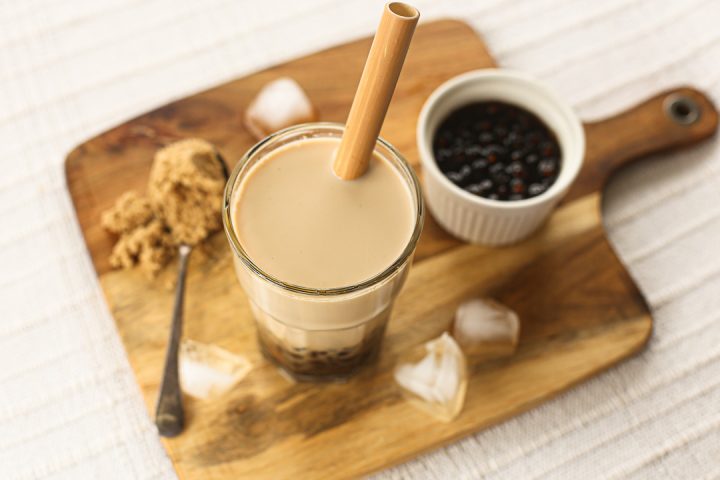