Yum Cha, probably you already had a lot of this many times in your life, but did you know that this Cantonese tradition is usually enjoyed as a brunch and it always involves Chinese tea and dim sum? Hence you don’t see this type of dining served at dinner time, at most it will be served during lunch. Another thing to take note is that portions of these delicious steamed, pan-fried, and deep-fried dim sums as small and are designed to be eaten communally and washed down with hot tea. Yum Cha is communal, hence you see lot of people in restaurants that serve them, usually it involves a large group of family and friends.

Yum Cha is very synonymous to dim sum since it is the main food item on this tradition, while others special items are served, dim sum is the majority item on those carts that go around. Dim sum is quite a generic term, as it can appear in the form of dumplings, buns, wraps, noodle rolls, puffs, tarts and puddings which can be cooked in different ways that is why I will try to explain to you today these yum cha dishes.

We will categorize it into five different sections, steamed, fried, baked, dessert and special dishes. While we will not cover all of it, most of the popular ones will be here. The Chinese cuisine is quite vast so including them all in this post will be hard, we will definitely miss some as each region might have a specialty that we haven’t even tried or even heard of, now let’s start.

Shumai / Siu Mai – This one is my favourite, an open topped dumpling filled with ground pork and shrimp. There are other versions such a pork and mushrooms, beef and sometimes fish paste.

Xiaolongbao / Steamed Soup Dumplings – While this is so popular in China, outside of the country the popularity has just started. A closed dumpling filled with pork, crab meat and broth. Just imagine how did they put that broth inside it. 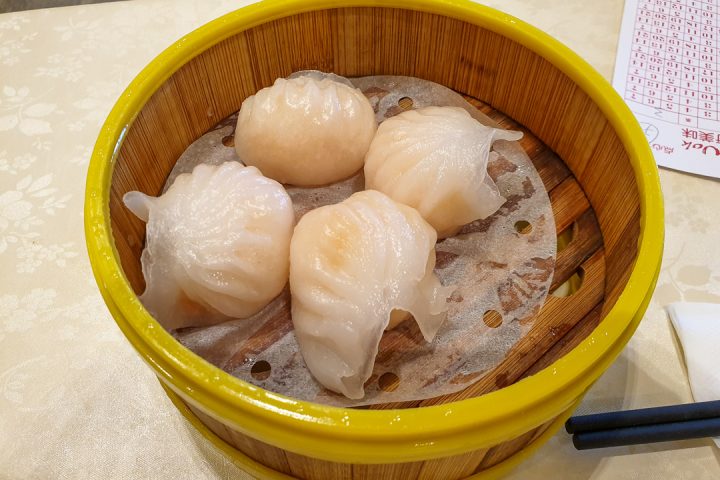 Har Gow / Prawn Dumplings – Another favourite this one is made of prawns, whole or chopped wrapped in a translucent pleated thin wrapper. Take note for the pleats it has to be least seven and preferably ten or more pleats. 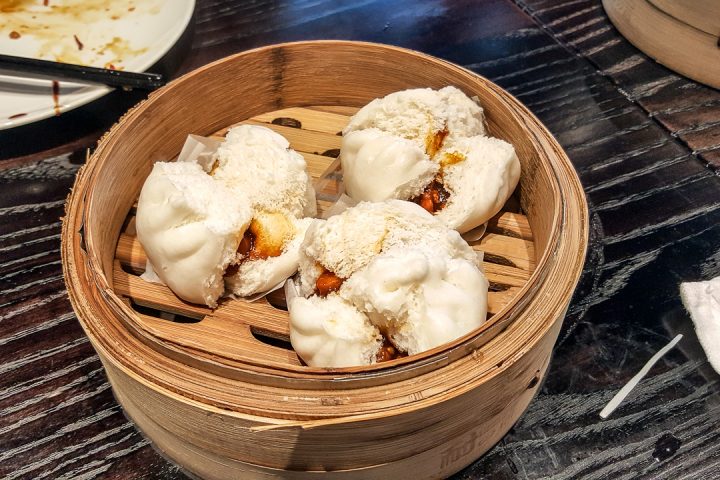 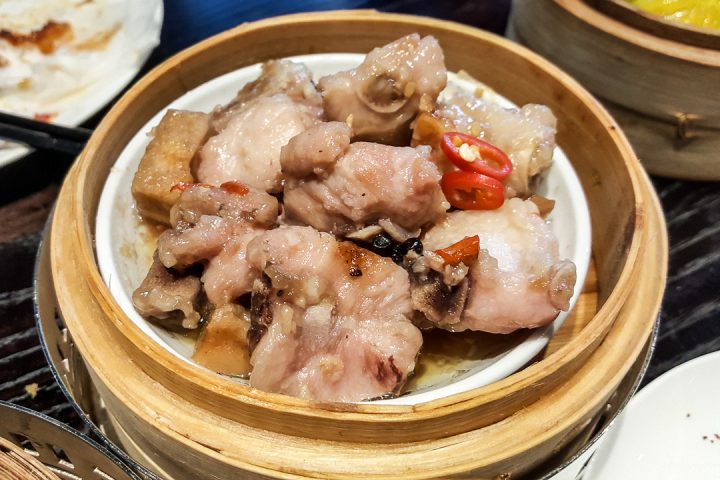 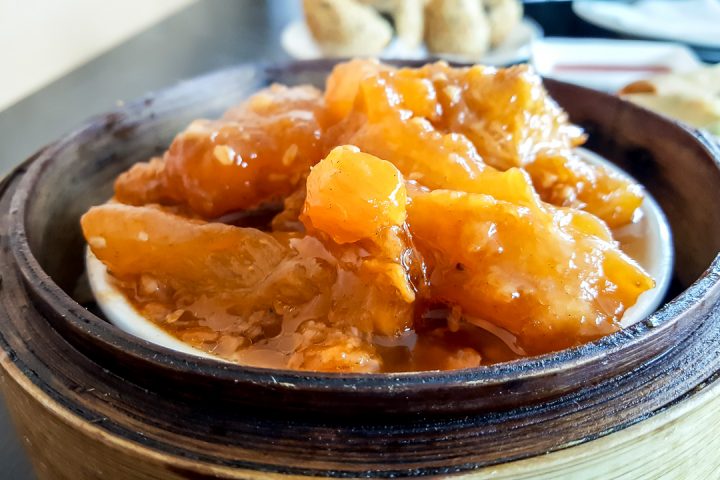 Beef entrails – This may look like a horror show but it tastes amazing, thanks to the herbs like fennel, Sichuan peppercorn, star anise, dried citrus peel, cinnamon, sand ginger, and nutmeg, the unwanted parts like tripe, pancreas, intestine, spleen, tendons and lungs are made palatable.

Steamed Chicken Feet – Another item that might disgust non-Asians, in fact this is the most recognizable creepy looking dim sums out there. Made with Chewy chicken feet that are fried, marinated and steamed, these process makes it really tender and very tasty. All that feet skin absorbs all of that nice sauce.

Lo Mai Gai / Sticky Rice in Lotus Leaf – A combination of any of the following: Pork, chicken, sausage, mushrooms and egg yolk together with glutinous rice wrapped in a lotus leaf. It is a party of flavours and a complete meal wrapped and packed into one dish.

Noodle Rolls – This shiny white rolled rice noodles may look bland but with fillings like beef, dough fritter, shrimp and barbecued pork doused in sweetened soy sauce, its anything but tasteless.

Ham Sui Gok / Glutinous Rice Dumplings – Savoury minced pork and prawns with vegetables coated with a semi sweet glutinous rice flour dough, this one is a must try. It’s one of the best sweet and savoury combos ever made.

Wu Gohk / Taro Root Dumplings – Almost similar to the Glutinous Rice Dumplings but instead of rice flour, mashed taro is used to enclose that wonderful filling, giving it a dramatic appearance that looks like a bird’s nest when deep fried. 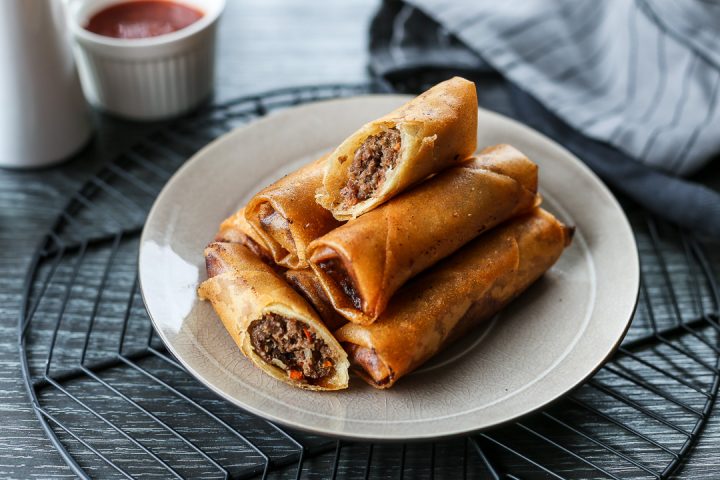 Spring Rolls – Who does not like this? This deep-fried dim sum is usually filled with pork and/or prawns. 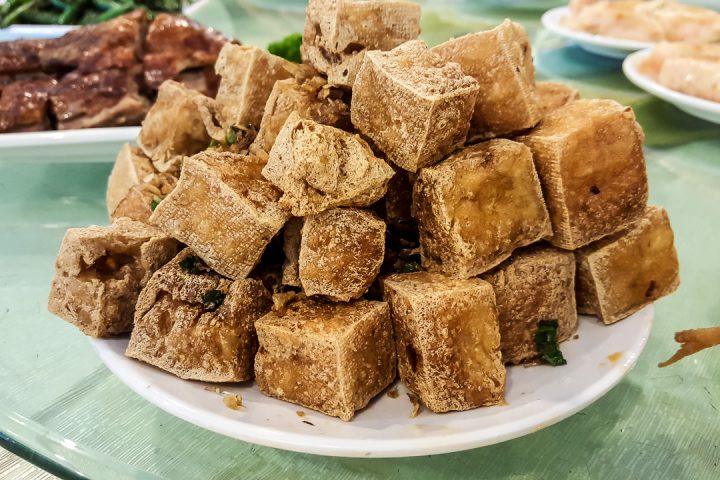 Fried Tofu – The simplest one on the menu, made with deep fried cubed tofu seasoned with salt, pepper and chillies. 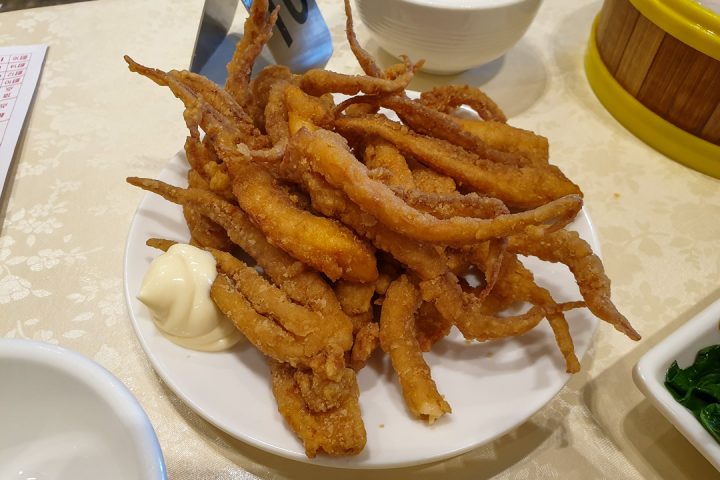 Fried Squid Tentacles – Again, this one is my favourite, we never leave a yum cha place without ordering this. Deep fried seasoned squid tentacles that is lightly coated, it’s like the calamari of the East but tastier.

Prawn on Toast – a classic Chinese dim sum dish where prawns is minced then lightly seasoned with soy sauce, rice wine vinegar and sesame oil then spread on bread triangles then fried to golden-brown perfection. 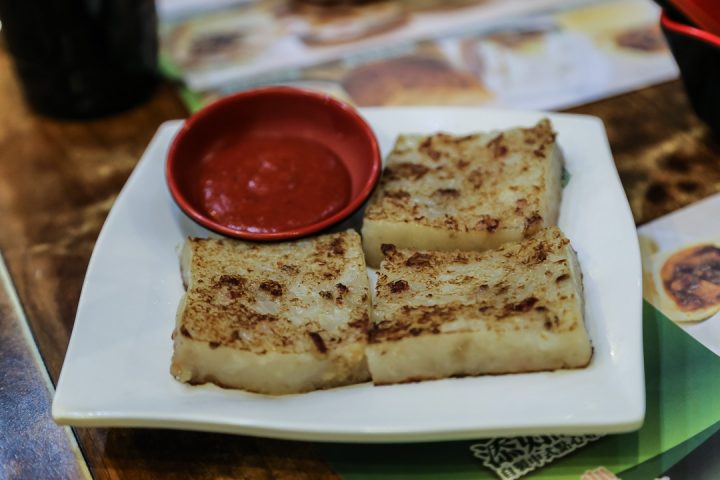 Lo Bak Go / Pan Fried Turnip Cake – Turnip may not sound appetizing but once you add some dried shrimps and Chinese sausage then it’s a different ball game. This thing is pan fried before serving yielding a thin crunchy layer on the outside with soft insides.

Baked Pork Buns – On your first bite it would feel familiar since it has the same filling with the steam barbecue pork buns this this one is baked to fluffy perfection.

BBQ Pork Puffs – Again with an almost similar Barbecue Pork filling as the baked and steamed one, this one on the other hand is wrapped in puff pastry giving that flaky texture and buttery flavour.

Siu mei – Sounds like Shu Mai? Well don’t be confused as this looks totally different. If you had seen Chinese restaurants that has all sorts of meat that is hanged in their front display, then this is what I am talking about. Siu mei can be any of the following barbecue pork, roast pork, soy sauce chicken, white chicken and roast duck.

Steamed vegetables – Yum cha is a meaty affair so if you want to add greens to your dining experience then grab some of these. A simple steamed vegetable that can be lettuce, choy sum, gai lan or water spinach served with oyster sauce

Garlic Green Beans – These yard-long beans is quickly deep fried, or pan fried in a very high heat giving that unique blistered appearance. It can be served with either minced meat, Sichuan peppercorns, garlic and soy sauce.

Congee – This is the Asian version of rice porridge. Rice soup might not excite you but when its flavoured with Asian ingredients or accompanied with other dim sums in this list then things gets interesting. Like pasta or fried rice, this can appear in many different varieties.

Fried Sesame Balls – This fried glutinous rice balls coated with sesame seeds has several varieties so ask what’s inside first before ordering. It is usually filled with either sweet red bean paste, lotus seed paste or ground sesame paste, if I am to ask what I like most, then it would be in that order. 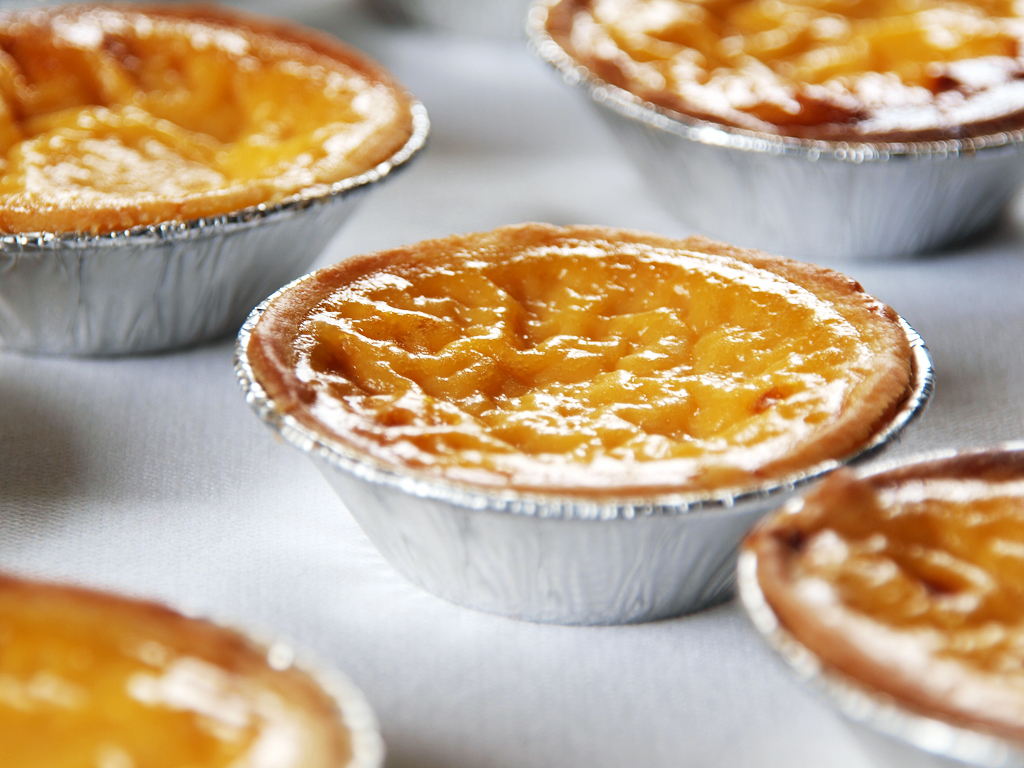 Egg Tarts – You don’t need to go to Macau to have these, these flaky pastry crust filled with creamy egg custard is a good way to end a yum cha meal.

Ice Cream Balls – I honestly don’t know what this is called but it looks like a Mochi with ice cream inside. It may be Japanese; I am not 100% sure but in Yum Cha restaurants here in NZ this is quite popular. Ice cream flavours include durian, pineapple and green tea.

Steamed Egg Custard Bun – It may look like a savoury steamed but don’t be decieved, this one is filled with egg custard. Note: to distinguish a steamed bun between savoury and sweet, the sweet one usually appears like a shiny round bun while the savoury has creases on top.

Sponge Cake – This one is a simple cake made of eggs, sugar and flour. 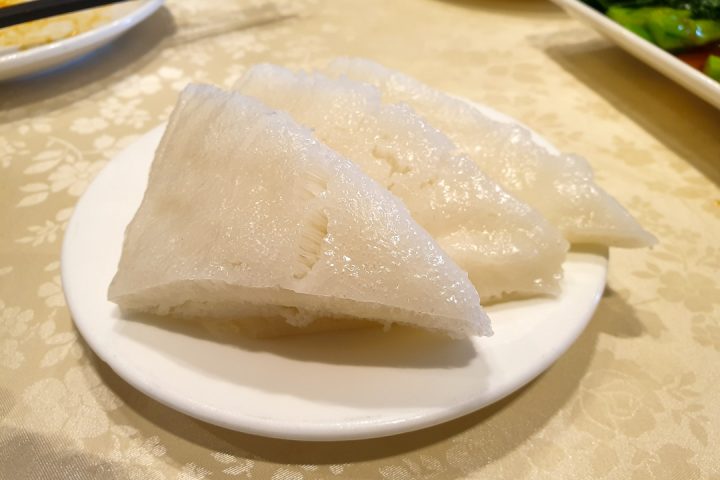 Bai Tang Gao / Honeycomb Rice Cake – This sweet with a slightly sour taste is made from rice flour, white sugar, water, and a yeast. It is left to ferment before steaming giving it that honeycomb texture.

That’s it the 31 Yum Cha dishes Explained, hopefully I gave you a bit of clarity on what they are so that you know what to order next time. What is your favourite one? Did I miss anything on this list? Let us know.