Guess what? We moved houses, so we were quite busy during the past few weeks but still managed to do some blog post here and there, hopefully Thursdays will get back into the normal schedule especially now that we moved cities, there are a lot of restaurants to explore. Moving houses too means that we have a new kitchen and I was wondering if I can start a YouTube channel which I was contemplating for quite some time now because the workflow for video editing is quite laborious, what do you think?


Anyways YouTube channel aside, let’s start with some reviews in my new hood, it’s still a developing suburb so there’s not a lot of restaurants yet compared to where I was in North Shore but there is a lot of promise ready to be fulfilled in Westgate and we will be here as it grows. Our first restaurant in Westgate is this Malaysian restaurant called Cinta, we love Malaysian food and we lived in Malaysia for at least 3 years so it’s a no brainer this will be our first choice.

Cinta Malaysian Restaurant is located at Northwest Shopping Mall and like most shops here, it is brand spanking new, which means its clean, its vibrant and everything here out West is quite spacious. Upon entering the place, you will notice its very Southeast Asian decor, the waitress wears this amazing uniform which at first, I thought I was in a Malaysian airline office, they look like stewardess on their attires. There was ample seating even though there were a lot of patrons and the service was quite quick even though there were only 2 visible waitresses during that time. 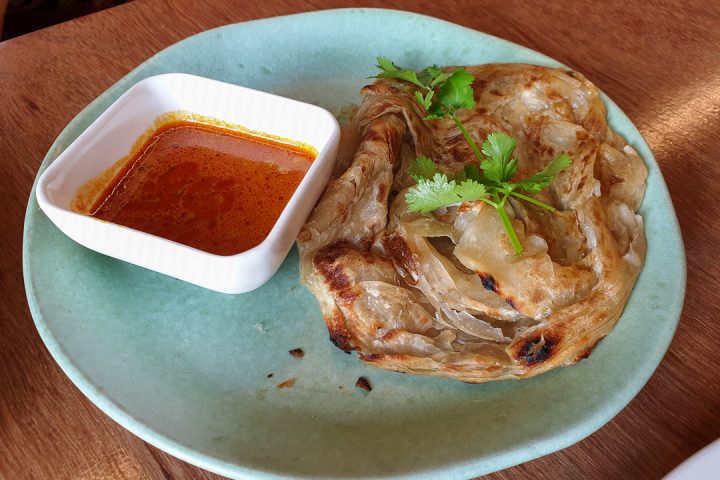 We started with some Fresh Roti (NZ$4.00) which was served with curry sauce, I also asked some sambal which I got used to pairing it with when we used to live in Malaysia. It was free, other Malaysian restaurants charge for this one.

For our mains we have some Seafood Kway Tiaw Goreng (NZ$17.50) and it was cooked perfectly, I can taste the signature Malaysian char and the rice noodles was in perfect texture. It was heavy with bean sprouts which I did not mind because it tasted very neutral, not like astringent which usually happens with other places. Seasoned well, but if you want it to be spicy you can request for some chilli padi on the side. 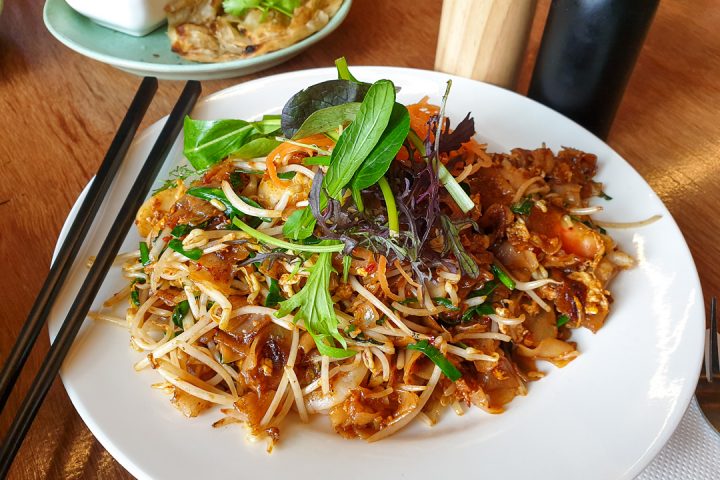 We also had some Nasi Lemak With Chicken Curry (NZ$17.80) which was served in a really nice plate, at first I thought it was a real bamboo plate, but it just a nice embossed pattern over a real plate, I need to find where they bought this.

The food was tasty, sambal was the same one served with the roti, which I really liked, it was sweet, savoury, pungent and slightly spicy. Ikan bilis was not crispy, it was also on the sweet side, similar taste to the sweet dilis of the Philippines. Chicken curry was not that strong, but it was tasty, I think this was mellowed down to suit the Kiwi taste but regardless it was still good. 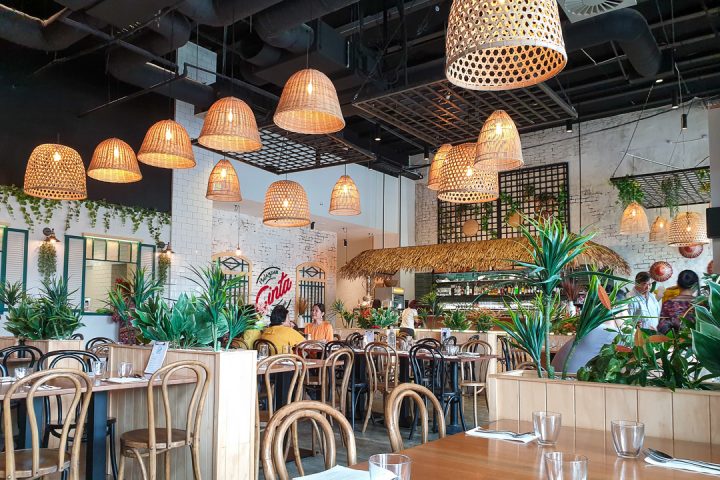 Overall, we loved this place, it was a good first restaurant trial here at Westgate, now I can’t wait for the next restaurant to try.