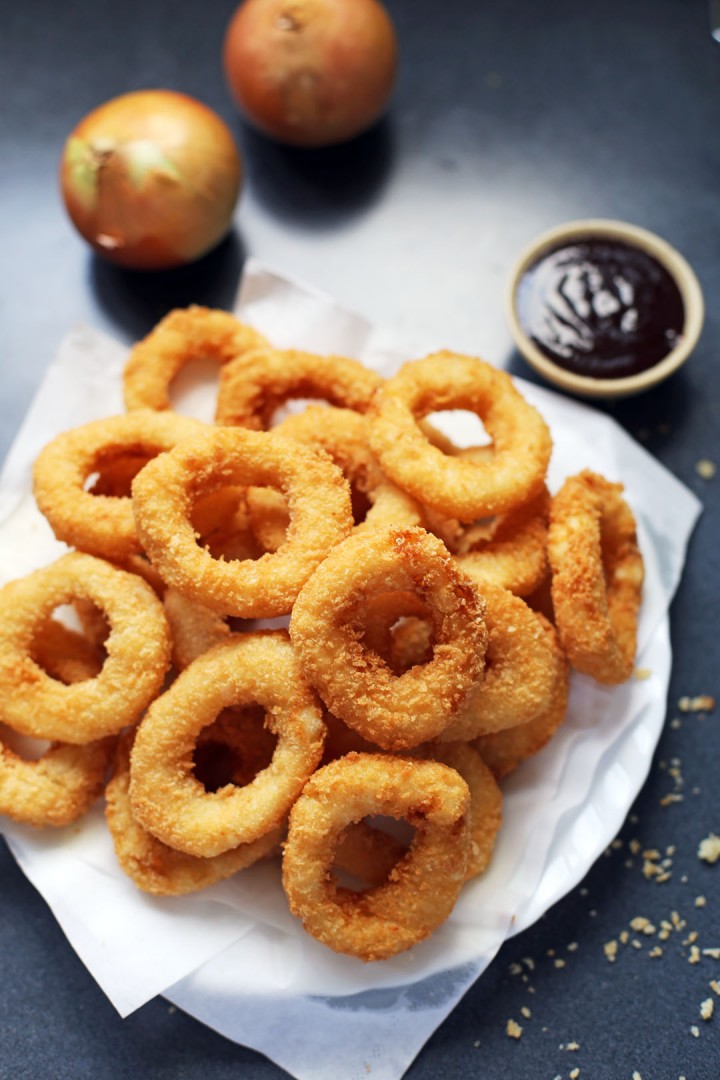 Onion rings is a type of snack where large white onions are sliced to form into rings, dipped in a batter and/or bread crumbs then deep fried, usually accompanied with a dipping sauce like ketchup, barbecue sauce and or mayonnaise. Most of us usually see this in pubs, bars and fast food chains as an alternative to French Fries but do you know where it originated?


Onion rings originated from the Ancient Roman fritters and the 16th century tempura where different ingredients are breaded and deep fried in oil. The first accounts where a similar recipe appeared was in 1902 in Mrs. Rorer’s New Cook Book where onions rings were deep fried but they were never dredged. Then in 1906 the dredged version appeared on The Boston Cooking School Cook Book. From there it never became popular until in the 1960’s when the restaurant A&W popularized it by adding it to their menu, since then other fast food chains followed and offered this as well.

I really haven’t tried this dish up until Carl’s Jr started to operate in the Philippines somewhere around mid to late 90’s, where it was offered as an alternative to the usual French Fries and since then I only have it in fast food chains as well as pubs. Today we will be making a homemade version but instead of the usual dredge method we will be dredging it twice first in batter then in bread crumbs to give it a thick breading and crispy outer shell.

Onion rings is a type of snack where large white onions are sliced to form into rings, dipped in a batter and/or bread crumbs then deep fried, usually accompanied with a dipping sauce like ketchup, barbecue sauce and or mayonnaise. 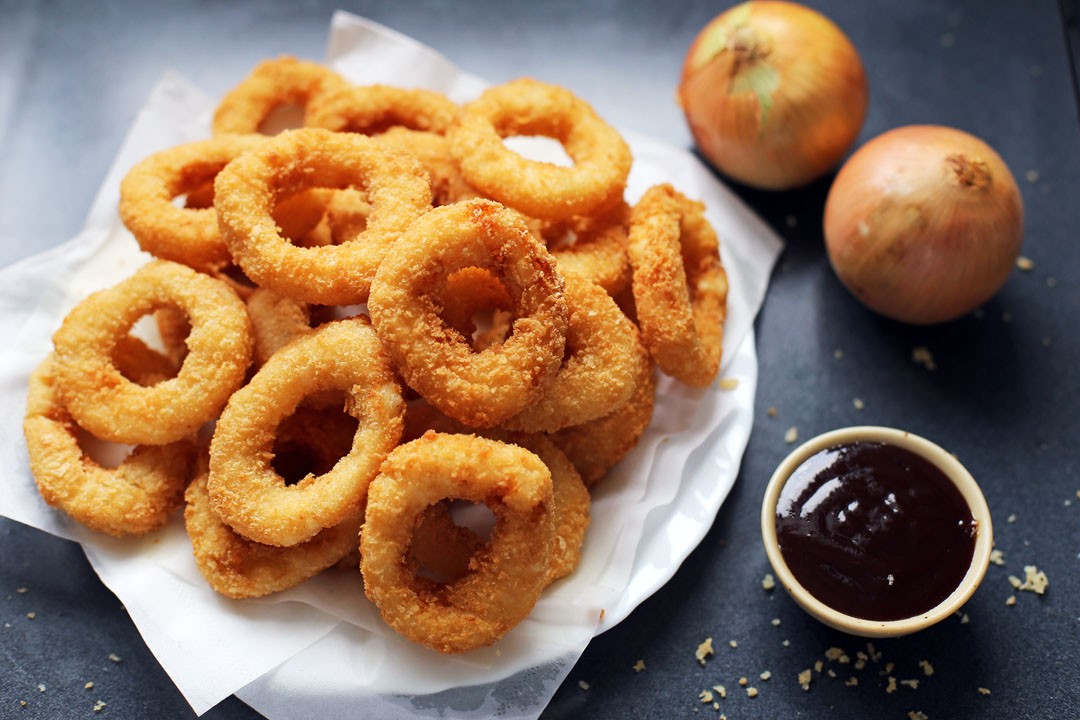