Adobo is mainly made out of meat, soy sauce, vinegar & garlic, without one of them it cannot be called an adobo except for this, Adobo sa puti.

Adobo is a dish made out of four important ingredients namely the meat (pork or chicken), soy sauce, vinegar and loads of garlic, without one of them it cannot be called an adobo apart from one exception, this adobo sa puti. Basically adobo sa puti is a similar dish sans soy sauce, I am not sure about its origins but my wild guess is that this was created by someone who planned to make adobo and found out there was no soy sauce, instead of buying one to save money he used salt as a replacement.

That theory is quite possible because in Philippines not so affluent people are trying hard to make frugal ways of preparing dishes like this, no soy sauce means an extra saving which can buy you some other important things in life. The result is really quite the same as the flavour notes of an adobo dish is very sour and very salty which the replacement can also achieve.

Now I had the similar scenario a couple of weeks ago when I was planning to cook my adobo, to my surprise I ran out of soy sauce and remember that this dish existed. The wife is quite sceptical as she never tried had adobo sa puti but the end result had spoken for itself.

Adobo is mainly made out of meat, soy sauce, vinegar & garlic, without one of them it cannot be called an adobo except for this, Adobo sa puti. 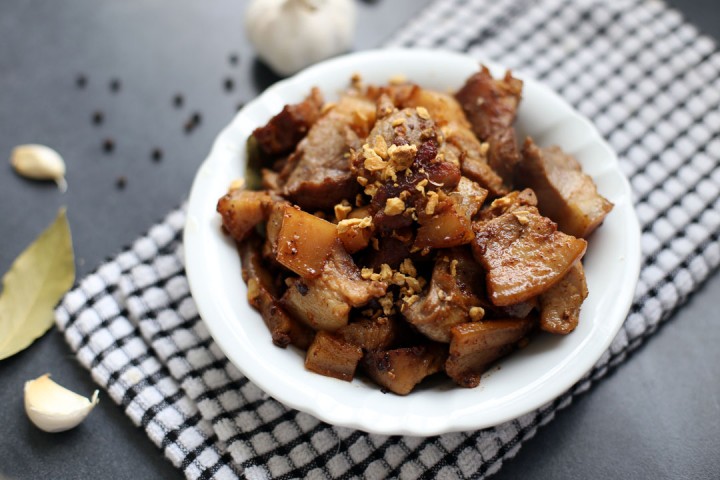