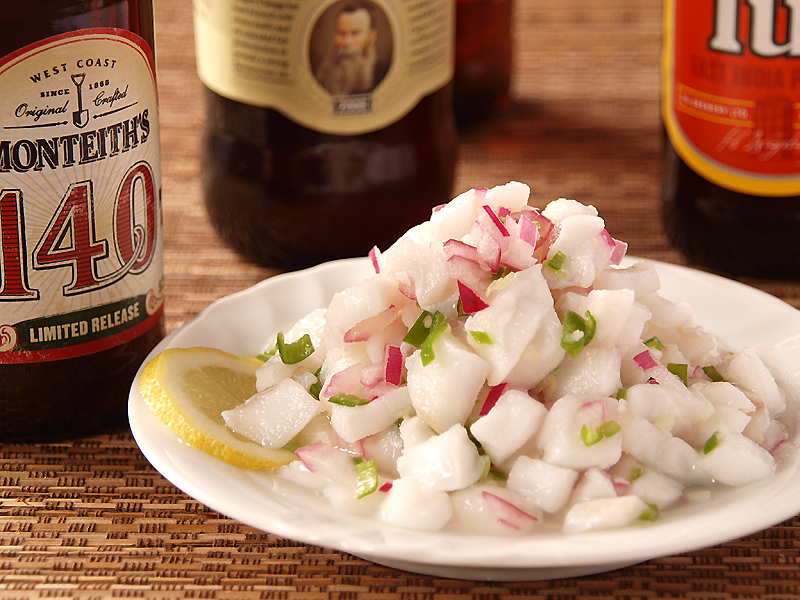 Kilawing Isda or Ceviche is a popular seafood dish in Central and South America, coastal regions of the America and even in Philippines. It is usually made out of raw fish marinated in citric juice or vinegar and flavoured with chillies, onions, pepper and salt. This dish is believed to have originated from Peru around 2000 years ago which was brought by Moorish women who accompanied the Spaniards from Granada. During the old days they said that the fish was soaked in fermented juice from the local Banana passion fruit then during the Inca period it was marinated with a type of Andean fermented beverage then when the Spanish colonists came it was replaced by citrus. The word came from Spanish-Arabic word assukkabág which in turn came from the Arabic word sakbaj which means “meat cooked in vinegar”.


A very popular “pulutan” or tapas in the Philippines but it needs a 4 hour marinating time for all of the acid to be soaked in the meat and cook it in the process. If you think this would be something like sushi, well not quite, they might be both raw but ceviche is very different, it’s sour, it’s hot and it’s good as tapas and enjoy with an ice-cold beer.