Now this what you call a portable meal. Solita or Solitas is a Filipino dish from Bohol made with pork ribs or pork chops cooked on its own marinade then battered and deep fried which resembles a lollipop chicken due to its exposed bone.

Philippines is a very vast and diverse country where each island have their own culture and tradition on top of the overarching generic Filipino ones. This means the cuisine on a specific region is widely influenced by it, add to that the produce that the island has to offer, then the result is an immeasurable number of dishes the Philippine cuisine has to offer. When I started this blog, I thought one day in the future I would run out of recipes to share, but as I dig deeper in researching my own country’s culinary arts, the more I learn, and at this rate, it looks that there are many more to share compared to my initial assessment. I think I barely touched its surface, with a lot of undocumented recipes, there is a big future for Ang Sarap, as one of our main goals is to promote Filipino recipes specifically the unpopular and the unknowns, in the hope of sharing them to the future Filipinos and the world at the same time documenting those dishes that may be forgotten as they are not prepared anymore.

One great example of that is our recipe for today the Solitas, a dish from Bohol region that probably would have originated from the Chuletas, knowing that Boholanos culture and cuisine has been heavily influenced Spain and Mexico. Chuletas in Latin and South American countries refer to Pork Chops, in Some parts of Spain specifically Galicia it can also refer to that similar part of the beef. Solitas on the other hand can be made with pork chops or pork ribs, and what makes it distinctive is that it is lollipopped like the chicken dish where the meat free bone is exposed and used as a handle when eating this dish. It was also said in Bohol, this is quite popular with the kids as they can easily grab it once cooked and continue to play outside with their friends. Cooking solitas is quite different too, where it is first marinated, cooked on its own juices and marinade, coated with a light batter then deep fried giving it that unique appearance. 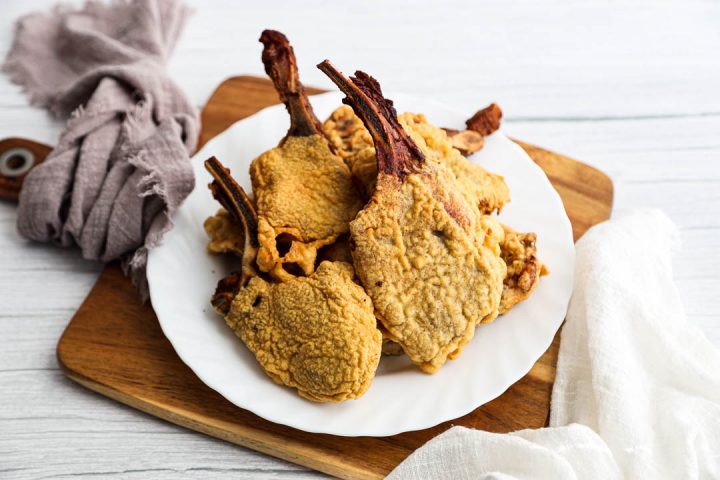 Solita or Solitas is a Filipino dish from Bohol made with pork ribs or pork chops cooked on its own marinade then battered and deep fried which resembles a lollipop chicken due to its exposed bone.