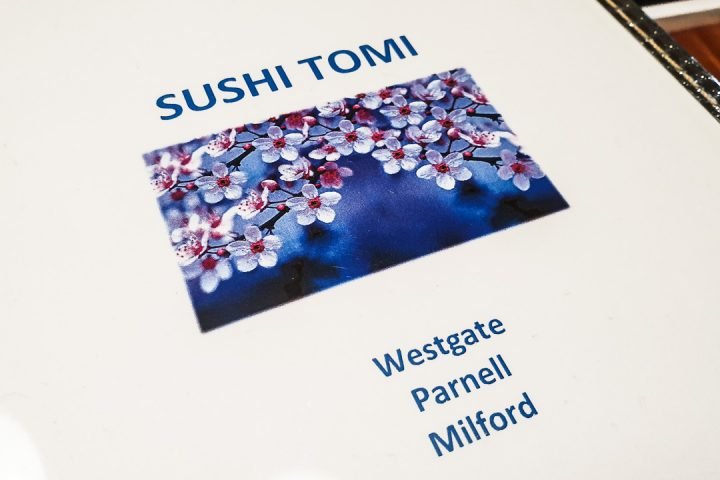 One of the restaurants we miss after moving to Westgate was our family favourite Naritas, when we crave for a bento box nowadays, we either go to North Shore or just forget about it. A few weeks back after grabbing some stuff at Countdown Westgate we decided to try this place beside it called Sushi Tomi. From the outside it looks like a legit Japanese restaurant, all the decors and stuff, but as you enter instead of being greeted by Japanese servers and chef you will be accommodated by a Korean. For those who don’t know, a lot of Japanese restaurant in Auckland are owned by Koreans, perhaps this is more profitable than having a Korean cuisine restaurant hence they are doing this, that’s just my assumption. For the untrained eyes and ears they will think this is Japanese, but I notice these things because it adds to the authenticity of the food. I have nothing against it but sometimes some of these Korean Japanese restaurant serves dishes that are not on par as the real Japanese ones, perhaps they lack the passion or skill, who know it can be of many reasons. I also said sometimes because there are instances that the Korean chef is so good, they are even better than the Japanese.

Back to Sushi Tomi, the minute we entered we already felt it’s not run by a Japanese, how they sounded, how things are placed in the shop and even the menu gives a lot of hints but that’s OK we are here to try their food and hopefully this can replace the Naritas we left in North Shore.

It was dinner, as usual we grabbed some seats and asked for the menu. What I first noticed is that they have this Gozen set menu, a variety of dishes like a set menu.  Can this be a replacement for the bento boxes we usually order at Naritas? To find out we ordered a couple of these. We also asked if they have ramen since we only saw udon on the menu. The waitress told us they do have one but only chicken broth-based ones, no Tonkotsu, we grabbed one of them as well. 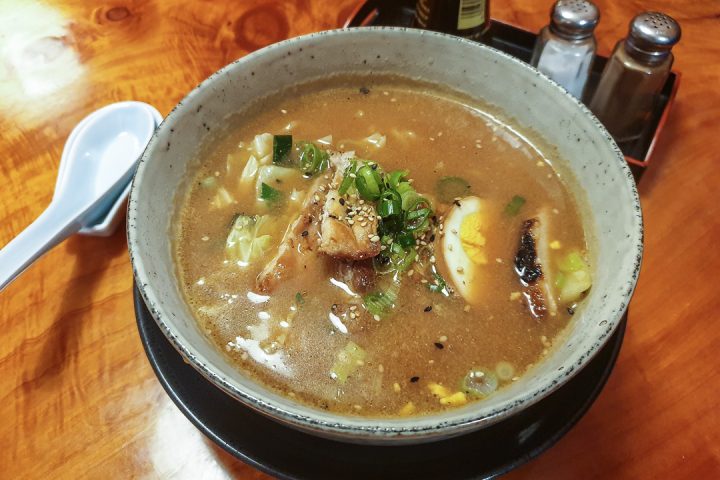 First order came, it was the Ramyun (NZ$16.90), a Japanese-style miso ramen with mixed vegetables and chicken. At first glance it looked really good, it even have that cloudy look the Tonkotsu have. First slurp, the broth was rich but nothing similar to the Japanese pork counterpart. Chicken was grilled so it added a different dimension on the overall taste. The noodles was just OK, it felt like instant, but I am not sure about this one. Overall this noodle dish was very tasty, it almost tasted like miso Tonkotsu but with chicken essence.

Then both Gozen set meals came, first was the Chicken Gozen (NZ$26.90), instead on bento boxes it was served on a tray with individual serving platters of Chicken teriyaki, sushi, karaage, spring roll, sushi, seaweed salad, fruit, rice, miso soup and green salad. 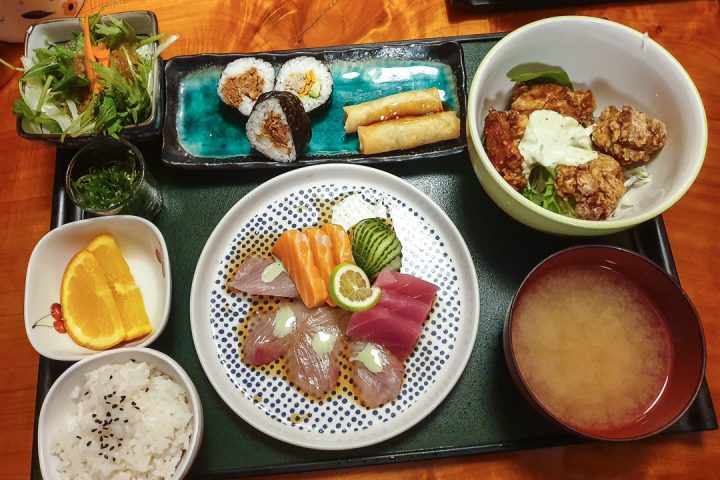 Then the Sashimi Gozen (NZ$26.90) which is served on a similar manner. Sashimi, karaage, spring roll, sushi, seaweed salad, fruit, rice, miso soup and green salad. First things I noticed, the spring rolls were the ready to cook ones you get in supermarkets, second the chicken teriyaki uses the same grilled chicken used on that ramen, but this time it was glazed with some sort of teriyaki sauce, then for the sashimi, while the salmon and tuna are nearly full slices the snapper was quite tiny and thin, probably half the size of the other two sashimi’s. Did you also notice that wasabi on top of the sashimi? Instead of a solid form it’s more like a liquid, plus it is already served with the sashimi. 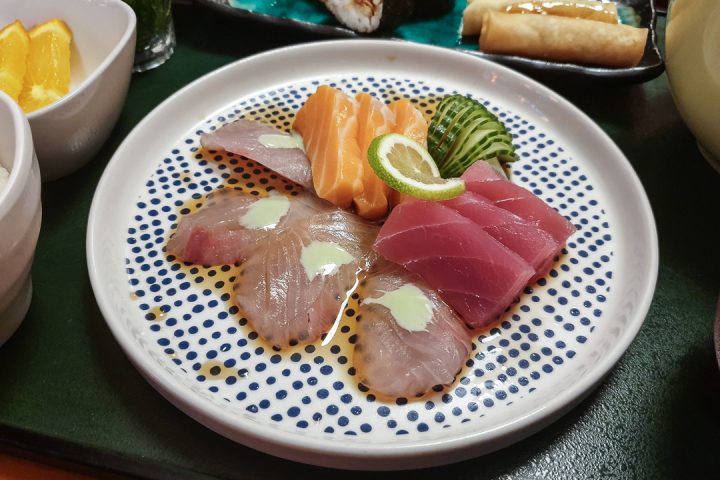 Now for the taste. Starting with the sushi, well it was OK. The karaage was good too but it does not have that slight gingery taste that the real Karaage had, it was tasty and juicy. Miso was average, not enough miso paste on the serving we had. For the sashimi, the fish was fresh, but the size is smaller than usual. Finally for the teriyaki, while the chicken was perfectly cooked the sauce was underwhelming, it was not enough and it tasted bland, like a diluted soy sauce with sugar thickened with cornstarch, as a bonus there is a stir-fried vegetables underneath that serving.

So what the verdict? Well the food was good, I liked their version of ramen, the sashimi was fresh I just hope the serving sizes were larger, the chicken on the teriyaki was perfectly cooked. If it is not advertised as a Japanese restaurant then I will not compare them but since it is trading as a Japanese restaurant then the food that I had impossible not to compare with the original one. With the label as a Japanese restaurant comes with the expectation, if it was marketed as a chicken noodle soup then this was a really good noodle soup, but if you call that ramen then, that is not the ramen I am expecting. If it’s called a grilled chicken, then again, it’s one of the best grilled chicken I tried but if you sell that to me as a teriyaki then it was never close to a teriyaki taste at all. So for a Japanese restaurant, I can’t give it my thumbs up but if it’s not marketed as one then what they serve definitely is tasty and delicious.