11 Types of Ramen you should try

Ohhhh Ramen! I guess a lot of us would put this dish on top of their comfort dish list, this Japanese adaptation of Chinese wheat noodles is a perfect example of it, its warming, its filling, its satisfying and it’s just simply delicious. Just the thought of slurping those noodles over that hot broth warms me up already. There are many types of ramen around the world, from simple ones like Shio Ramen to crazy ones like this Coffee Ramen and Pie Ramen, we are just limited by our imagination. While many of those different flavours are delicious, there are only 19 official regional ramen styles recognized by Japan’s Ramen Museumwhere each variety has its own unique ingredients and techniques.

While I would love to try all of them, frankly, speaking I only had a chance trying several items on that list, but I also had tried also some not from that official list. Official or not there are good ones out there and that’s what we are showcasing today, the ten items that I had tried and chosen, those ones that you should worth trying too. 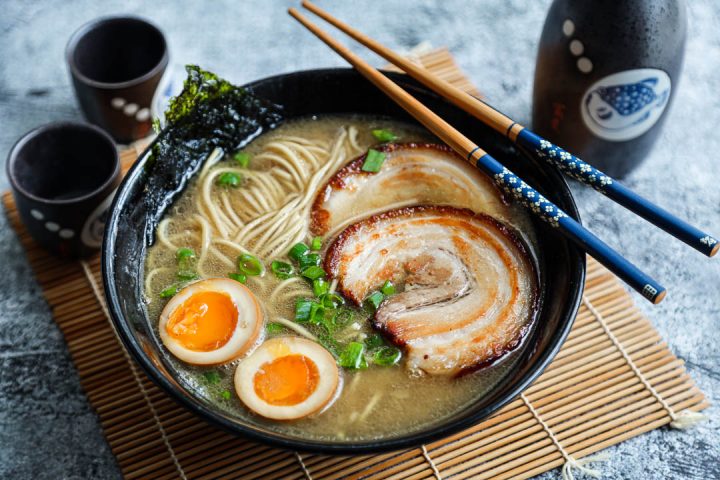 Tonkotsu Ramen – My favourite of all, a ramen dish that originated in Fukuoka, this ramen is made with a soup broth prepared with pork bones and other ingredients. These ingredients are typically boiled for several hours until the collagen melts and makes the stock rich and milky in colour, it is traditionally topped with chashu and served with ramen noodles that is al dente. Also referred to as Hakata ramen.

Shōyu Ramen – This ramen has a clear brown broth from Shoyu or Soy Sause, usually chicken and vegetable based where a lot of soy sauce is added making it a bit tangy, salty and full of umami. Usually it is served with curly noodles rather than straight ones then topped with menma (marinated bamboo shoots), negi (spring onions), ninjin (carrot), kamaboko (fish cakes), nori (seaweed), boiled eggs, bean sprouts and chashu. 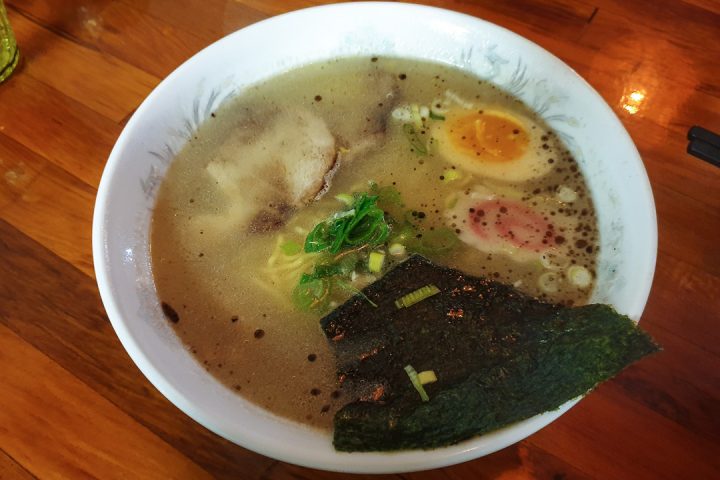 Shio Ramen – Another nearly clear broth ramen prepared by boiling a combination of chicken, vegetables, fish, and seaweed, sometimes pork bones can be used but not boiled as long as Tonkotsu, it is then flavoured with Shio or salt which gives it a salty savoury taste. Also served with chashu but it can be swapped with other types of meat such as chicken meatballs and kamaboko.

Miso Ramen – This Hokkaido specialty is prepared with a broth that combines good amount of miso that is blended with oily chicken, fish and or Tonkotsu broth which makes the soup rich, thick, nutty with hints of sweetness. Popular toppings used on this variety includes butter and corn together served with spring onions, onions, bean sprouts, minced pork, cabbage, sesame seeds, white pepper and chopped garlic. Also called as Sapporo Ramen.

Karē ramen – As the name says this is made with curry so it usually appears in a yellow to orange thick broth. Basically, with this ramen type noodles are served over curry soup made with pork bones and vegetables and is seasoned with curry, Toppings can include chāshū, wakame and bean sprouts.

Tantan-men – If you know the Sichuan dan dan noodles then this would look something similar because it’s the Japanese version of it. Less spicy than the Chinese counterpart this ramen is slightly reddish in colour, slightly spicy and nutty from ground toasted sesame seeds, usually served with minced pork, chopped spring onions and chillies.

Champon – Another one that looks similar, yup it looks like the Korean Jjampong because it has similar Chinese roots. This dish is prepared with ramen noodles, pork, seafood and vegetables and what sets this apart from the usual ramen it that the noodles in the dish is cooked with the rest of the ingredients hence a special ramen noodles are used in this so it does not absorb all of that liquid.

Tsukemen – Basically a deconstructed ramen. Eating this dish is quite unique as the noodles and soup are served in separate bowls, noodles is then dipped in the soup before eating. Usually soup is quite salty so it’s not advisable to slurp them like your normal ramen. This can be served hot or chilled.

Chashu Men – I am not sure if this is such a thing, but after a quick Google, it looks like a lot of restaurants serve them. Basically, this is a Tonkotsu ramen but served with a lot of chashu. If you have been in Japan or had been in an authentic ramen restaurant you will notice their Tonkotsu noodles will have at a max two pieces of thinly sliced pork, that’s how it really is historically so don’t complain, and if you want more meat like I do then order this one. 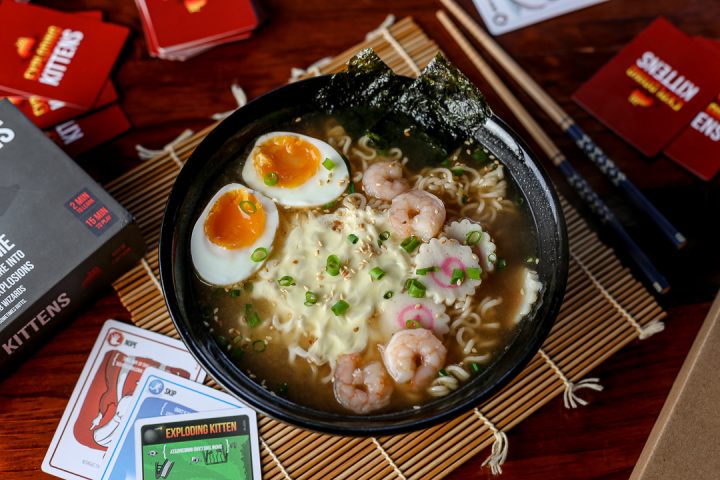 Cheese Ramen – What can go wrong with cheese and noodle soup? This ramen can be anything topped with your favourite processed cheese slices where the hot broth melts it away and create this creamy concoction.

Hot and Spicy Breakfast Ramen – Now this one is my sort of own creation which is basically made up of leftover items like Spam and gyoza served with sunny side up eggs with a possibility of using instant ramen. It is meant to be spicy to wake you up in the morning feeling energised.

There you go my 11 Types of Ramen you should try list, which ones on this list have you not tried yet? Or anything you want to add, just let us know by the comments below.