PappaRich in Aotea Square is one of our favourite places to dine in if we are craving for some Malaysian, we have been here many times, so much I lost track on how many visits I made here. Located in Auckland’s CBD this is quite accessible during business days but if it’s on the weekend, it may not be as accessible to some, luckily from where I live they opened a new branch, more than a year ago and it’s in a location near to where I live, in Albany.


Since it opened, this was the first time I tried it, planning to try it earlier but with this COVID it was quite impossible to do during the second quarter of the year, but after the New Zealand lockdown, this was one of the places we first dined in and here is how it went.

Located at the back of Albany Mall, just near the Event Cinemas, it’s quite easy to find. It’s almost as big as the CBD branch so seating may not be an issue but before we went there, we made a booking just to be sure. Menu had changed a bit from the last time we dined in, but we went to order the usual things we grab to see if there are any differences on how they prepare.

For starter we had some Pappa Deep Fried Chicken Skin (NZ$10.90) and it was good, similar quality from the ones we had in the city, it was crispy and not too oily, so far so good. 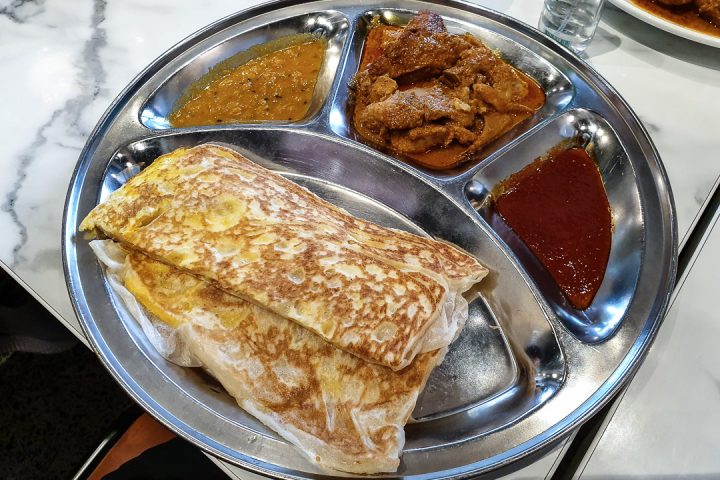 Then we ordered our mains, first was this Roti Telur with Curry Chicken (NZ$17.90), again as par as the city one, it was good, not to spicy and quite tasty. Roti here was served quickly compared to the city which was a big plus.

We also had Nasi Lemak with Curry Chicken & Sambal Prawn (NZ$20.50) which comes with fried anchovies, fried peanuts, hard-boiled egg, cucumber slices and their daily made spicy sambal. This too was similar, same taste apart from the sambal prawn which I find less spicy. 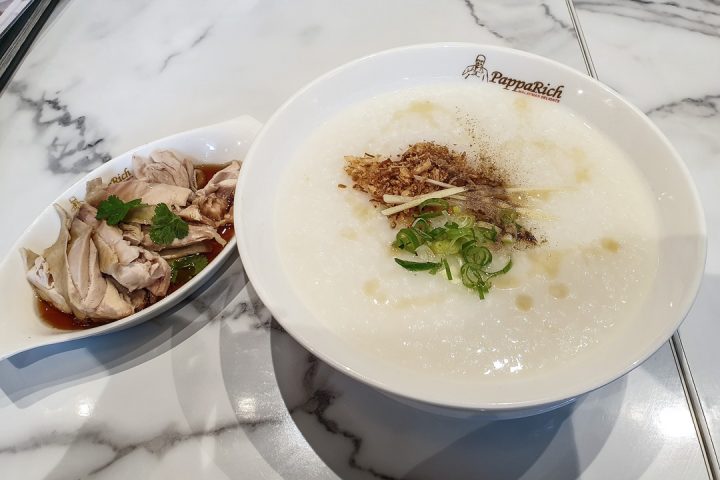 We also grabbed some Chicken Congee with Steamed Chicken (NZ$17.90) it was served topped with ginger, spring onion, fried shallots and a serve of steamed chicken. This was a first for us and probably new on their menu, the steamed chicken is the Hainanese chicken and as expected, it was similar taste to the ones they serve on their Hainanese Chicken rice. The Congee though was bland, it may be the real case but since we are used to the Filipino Arrozcaldo we find it tasteless, a help from salt should fix the issue. 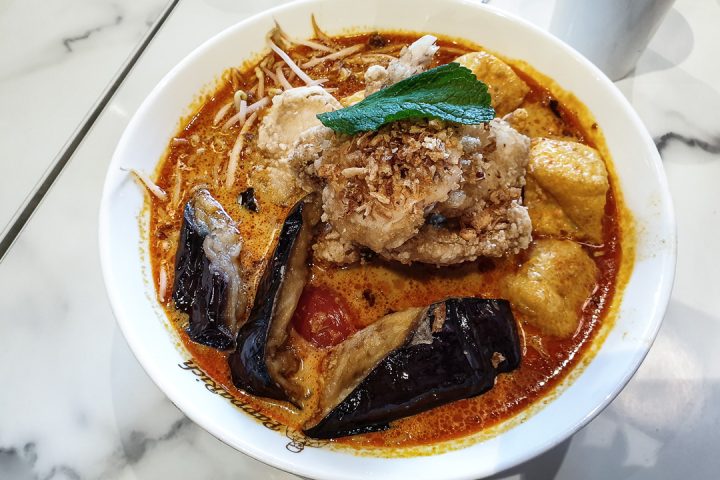 Then finally a favourite of mine, but did it make the cut, the Curry Fish Fillet Noodle Soup ($24.00), made with thin vermicelli noodles in a spicy, creamy coconut curry broth with fried fish fillets, tomatoes, eggplant, tofu puffs and bean sprouts. Now this was quite a disappointment, flavour was not similar, it was less spicy and quite heavy to the feel, the eggplant was not crispy at all and it was my favourite part of it. Fish was dry too. I wonder what happened here, since the one in the city was all perfect. Usually when I have this, I drink all the soup, in here I can’t even finish it as like I said it was heavy on the taste. Probably this one sat too long on the waiting table which made the eggplants soggy and the fish dry.


Apart from the Curry Fish Fillet Noodle Soup, everything was A-OK, I want to give it a shot again, might be I was right that it had waited for long before being served. Other than that the place was clean, it was brighter than the city one since it was not inside the mall and the large glass panes helped with the lighting, it feels more vibrant in this place. Service was not as good since the waiters don’t know the elements of some dish when we asked, probably did not know the cuisine because as far as I know the one that served us was neither Malay nor Singaporean.