Chicken Arrozcaldo It is a type of rice porridge called Lugaw where rice is cooked with chicken, ginger and garlic. 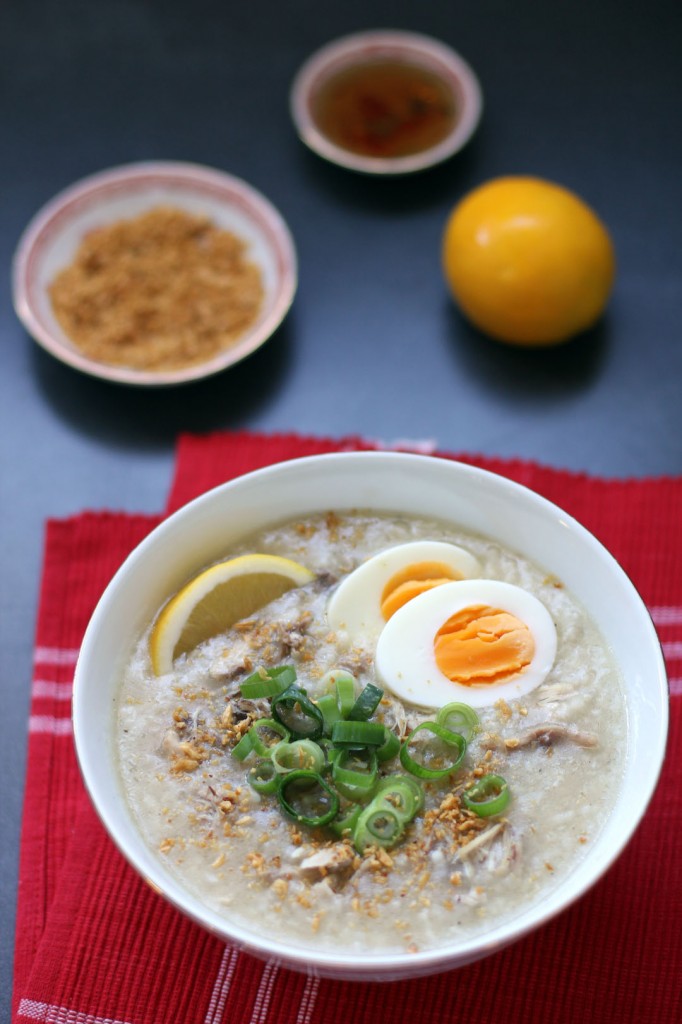 Arrozcaldo means “hot rice” in Spanish, where “arroz” means rice and “caldo” means broth. It is a type of rice porridge called Lugaw where rice is cooked with chicken, ginger and garlic. The name might be misleading as it sounds Spanish but the actual dish was inspired by the Chinese congee, having said that this dish was created by adapting the congee to suit the taste of the Spaniards that settled in Philippines during the 1500 – 1800’s. Traditionally the original Spanish Arroz caldo is spiced with safflower (kasubha) and black pepper and the adapted Filipino version may include the original one but ginger and spring onion were added.

This dish is popular to people with Ilocano heritage but it’s not exclusive to that province as it can be found everywhere in the Philippines. Other versions might be different but there are some subtle changes to the recipe depending on the location hence provinces near the ocean like the Visayas islands  usually eat this with prawns, those with Chinese heritage eat this with Chinese sausage and so on. Having said that its nearly comparable to congee as it can be topped with an array of ingredients from different meat parts, sausages, seafood, vegetables, eggs (boiled egg, salted or century), but the most common one is the chicken version. A good meal for the ill and elderly as well as during those cold and wet days, with ginger and chicken essence I guess this would really warm you up.

Chicken Arrozcaldo It is a type of rice porridge called Lugaw where rice is cooked with chicken, ginger and garlic.