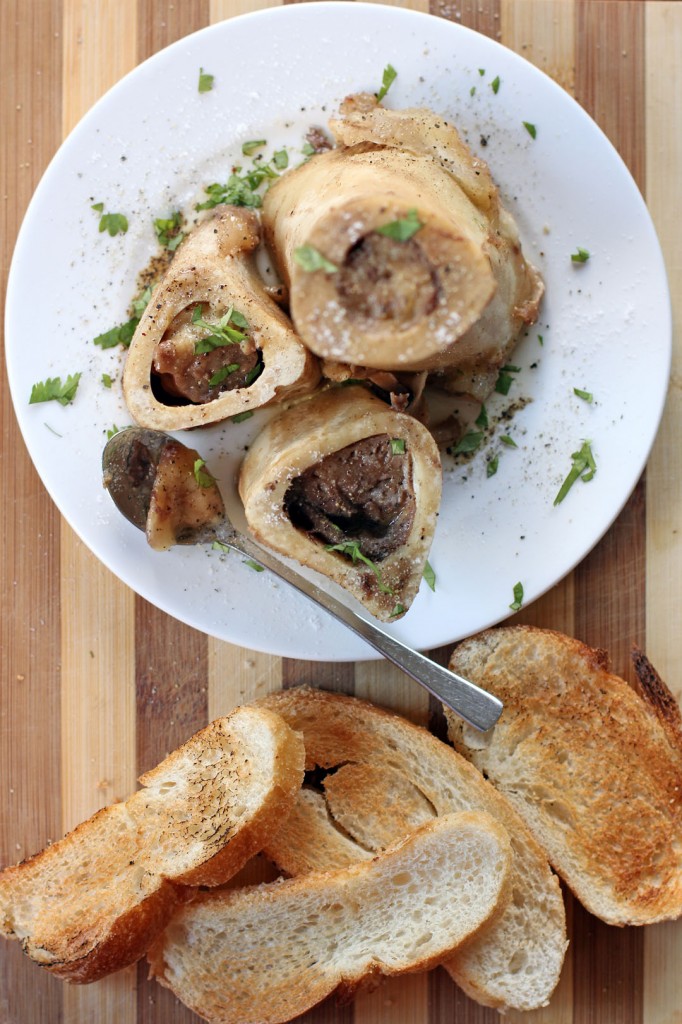 I think a lot of health buffs out there would be shouting at this very moment, I know a lot of people would say this is way too fatty food why do I make something like this. Well please listen to me first before judging as there are a lot of nutritional benefits on this humble beef bone.

Do you know bone marrow is a very nutritious food and it was even regarded as a health food during the Victorian era? It was also said that Queen Victoria who lived until the age of 81 was a roasted bone marrow addict and ate this every day. I think most people do associate this as being unhealthy because the mere sight it already shouts fat! Well that’s true but most of the fat (around 70%) in that marrow is unsaturated which helps reduce the cholesterol levels, lowers the risk of heart disease and type 2 diabetes. It also have a high iron and protein content, in saying that you also need to take into consideration that it has a high calorie content which means a 50g serving of this contains roughly around 500 calories so consider a rigorous exercise if you want to enjoy its benefits anyways anything in excess amount will be bad for you.

Having said all of that once in a while this won’t hurt even without a strenuous exercise, anyways if you haven’t tried this at all I suggest you do the best description I heard so far for this simple recipe is by Anthony Bourdain who calls it “God’s Butter”.