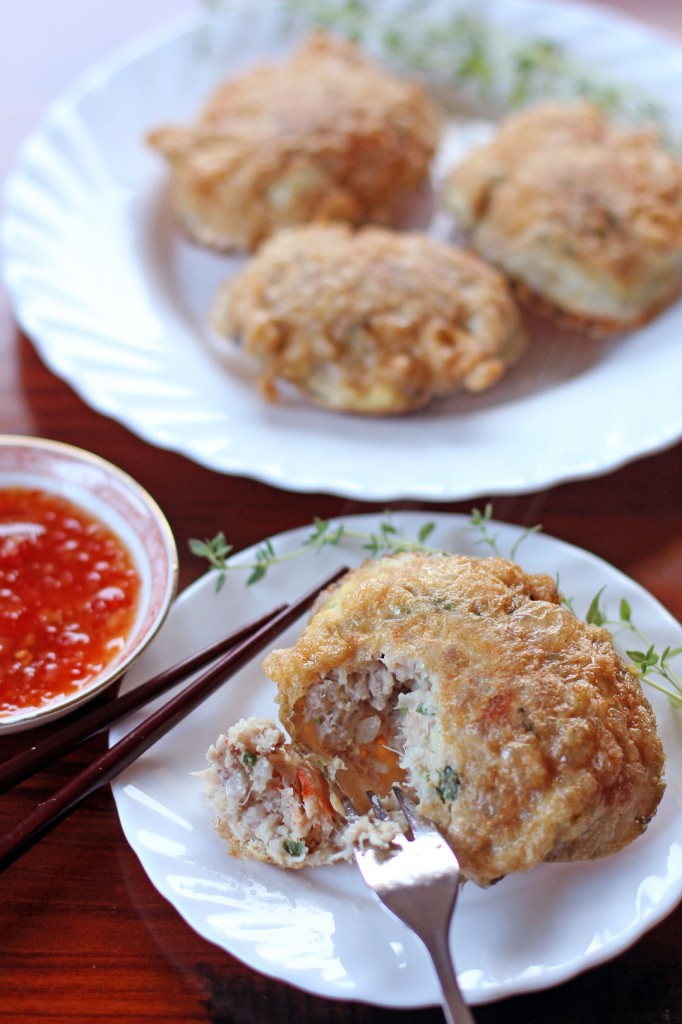 For Filipinos the name would be funny as it sounds like a swear word but for the Thai people this would mean a really nice stuffed crab dish. It would also look something familiar for the Filipinos as we have a nearly similar dish called Rellenong Alimasag the difference is the ingredients used because the Filipino version uses crab and potato while the Thai version uses crabs, shrimps and minced meat.

Now the question is which is better? Well I want to say the Filipino one is because of my origin but the Thai version for me is way much better. How can you compare potatoes with shrimps and minced pork? Anyway I am not saying our version sucks, it has its own place and if we are talking about being frugal then the Filipino version wins hands down, using potatoes as extenders is a brilliant idea as it can feed more people in the cheapest way. But if you have that extra budget and wanted to be a bit fancy then try this recipe out.