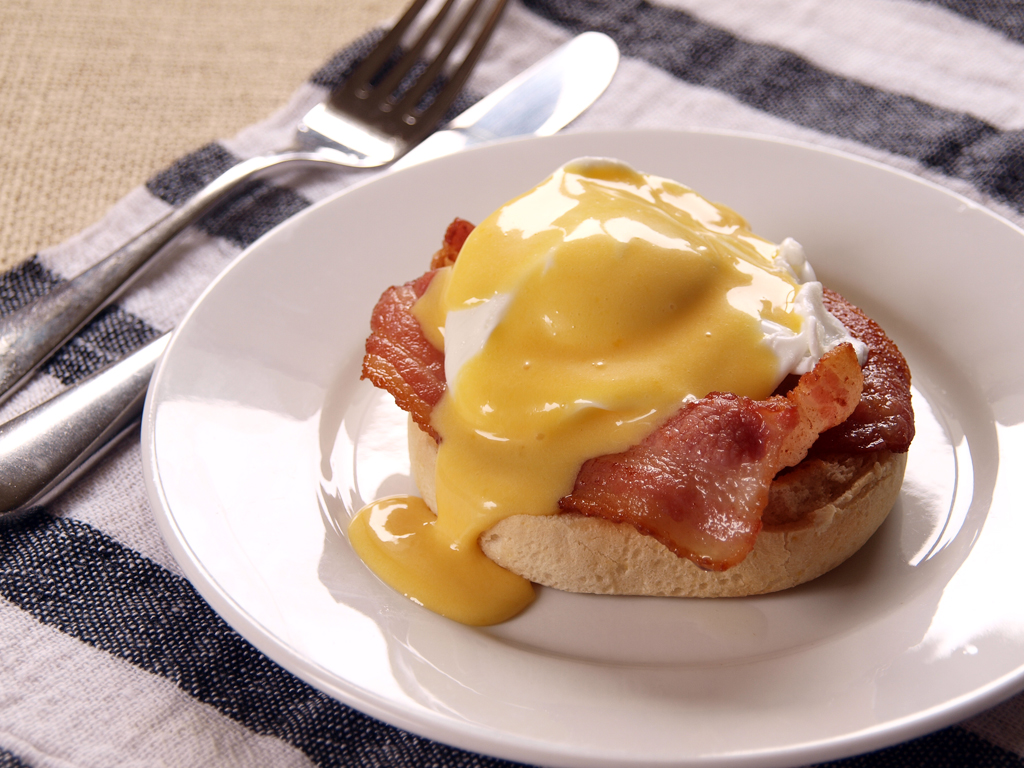 Last Day of the Egg Week  and let me present you something to start your day right the Eggs Benedict!  This breakfast item is a dish made out of English muffin topped with bacon, poached eggs and Hollandaise sauce. It is one of the most popular breakfast here in New Zealand and I want to share this simple recipe.


This simple dish have several claims on it origin, first claim was it was created by Lemuel Benedict in 1894 when one morning he went into the Waldorf Hotel to find some food that would cure his hangover so he ordered buttered toast, poached eggs, bacon, and hollandaise, Oscar Tschirky who was the maître d’hôtel was impressed with the combination so since then he placed it on the hotel’s breakfast and luncheon menus but instead of bacon and toast he used ham and English muffins as the replacement. Another claim suggests that it was created by Commodore E. C. Benedict when it was discovered by Edward P. Montgomery when his mother (a friend of Commodore) handed over the recipe to him. Finally the last claim says that it was created by Mrs Le Grand Benedict in New York around the turn of the century, she and her husband dined every Saturday at Delmonico’s until one day Mrs Benedict said to the maître d’hôtel, “Haven’t you anything new or different to suggest?” the maître d’hôtel asked her what she wanted she then suggested poached eggs on toasted English muffins with a thin slice of ham, hollandaise sauce and a truffle on top.

Looks like the story is quite twisted and complicated due to many claims on this dish, do you have your own claim for the origin of this dish? Anyways preparing this is not as complicated as its claims so go ahead make this for breakfast tomorrow and see for yourself why it’s one of the most popular breakfast items here in New Zealand.