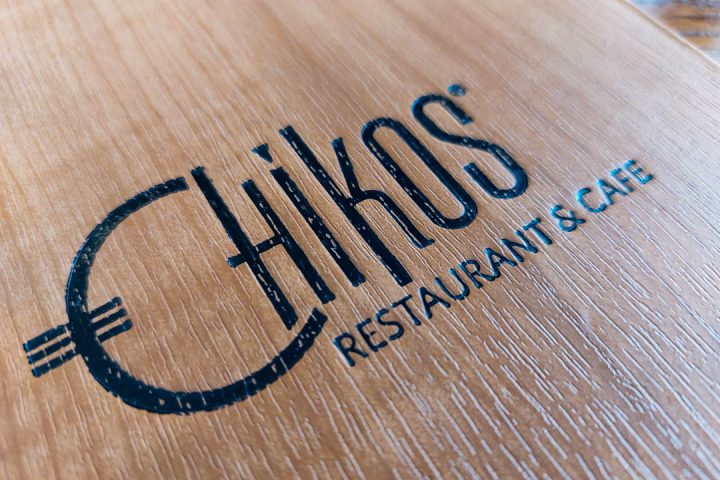 It has been 7 years since we came back here, time passes by really quick as it never felt like it was 7 years already. After a long time, the place still looks nice, no signs that the restaurant had aged, in fact it still looks new, the place still looks clean and inviting. Menu had grown during those years, gone are the one pager menu, today they have two pages, new items on offer, which is still good, not stressful like other multi pager menus from Chinese restaurants. 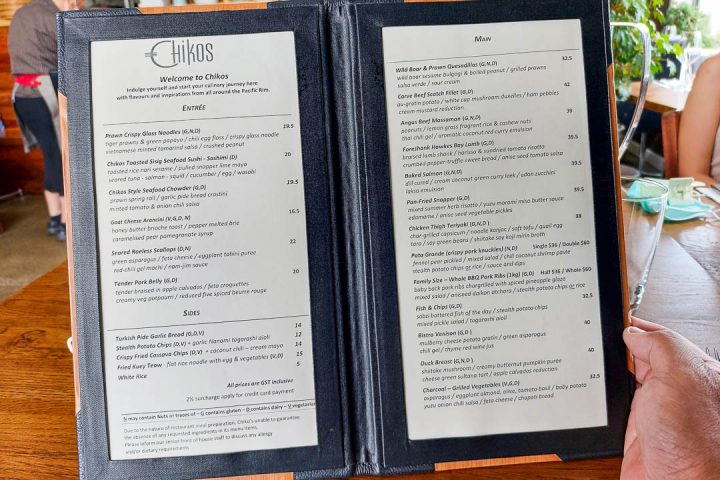 Prices did change as well and most of the prices had increased by at least 50%, we did not actually notice that initially until I came home and checked out my old post, to our surprise while prices had changed our taste remained the same as we ordered the exact same two items, we had 7 years ago.

Like before we had some Wild Boar and Prawn Quesadillas (NZ$32.50), made with wild boar sesame bulgogi & boiled peanut, grilled prawns, salsa verde and sour cream. It was presented really well, a bit better than before. It was good, nice flavours, the prawns were plump and juicy and the spice was just right. Compared to the old one, there are several additions, such as the peanuts and the cauliflower pickle on the side salad it was served with.

We also had the Pata Grande (crispy pork knuckle) (Single NZ$36.00), served with fennel pear pickle, mixed salad, chilli coconut shrimp paste and stealth potato chips. This one never changed; it was the same tasty, juicy crispy pata with very crisp skin. Certainly, one of the best Crispy Pata Auckland has to offer.

Lastly, we had this Prawn Crispy Glass Noodles (NZ$19.50), tiger prawns and green papaya, chilli egg floss, Vietnamese minted tamarind salad and crushed peanut served on top of crispy glass noodles. When it came out, I was surprised as it nearly looks similar to a dish called Crispy palabok that I have been dreaming to try since I saw it on my IG feed ages ago. This was good as well, tasted like a Vietnamese vermicelli salad but with a crispy twist.

We planned to have some dessert and after asking one of the waiters for the menu, they said they don’t have it but what they usually do is bring the different dessert right in front of you, so it is more visual as you see the real thing. This is good marketing strategy as you eat with your eyes and it’s as easy as grabbing what is already in front of you. We had waited but the crew during that time was limited and we were held back by several groups who paid for their lunch. We got impatient and decided to have dessert somewhere else.

Overall, the food quality was still phenomenal, presentation was spot on and the serving size was good too. It was nice to be back, specially that they had maintained the same food taste and aesthetic standards. Like I said before, which still holds true today, even though this is not a fully Filipino cuisine restaurant, it’s one of those places you feel proud to be a Filipino as they had exemplified and even brought up to higher standards what Filipino dishes can become. While price is quite on the steep side, you are paying for the quality of what is served here.