Birria Tacos is a type of Mexican tacos where Mexican beef, lamb or goat meat stewed on sweet, sour, spicy and savory broth is pulled apart and used as a filling on corn tortillas together with quesillo, coriander, lime and onions. This social media sensation is one of the best viral dishes I ever tried, melt in your mouth fatty meat sandwiched in stew fat fried tortillas. Fat is ❤️❤️❤️!

There are many dishes that went viral because of social media, some are bad, many are good but few are amazing and will definitely stand the best of time, our post today is one of them. If you have not been following trending food items online, Birria Tacos might seem normal to you, it may look like a well-established recipe that stood the test of time, well it’s not. This type of taco is new and it just exploded last year and it continues to trend up to this date.

Birria had been existing since 1500’s. To cut the story short, basically during the Conquest of Mexico, the Conquistadors were faced with an overpopulation of goats, so they decided to give the animals to the natives. Goat meat was looked down upon by the Conquistadors and was not their first choice of meat. For them it was tough, it had a strong smell, and was hard to digest hence they gave it away. The natives accepted these animals, and to make the meat appetizing and more palatable, they marinated using indigenous spices, using their own native process and cooking it underground. The dishes created were called “birria”, a derogatory term meaning “worthless”, by the Spanish. Moving forward to the 1950’s, Birria started to become more main stream as beef became much more affordable eventually replacing goat as Birria’s main ingredient. Cooking style changed as well, where more liquid is added during the cooking process giving birth to the Tijuana-style Beef Birria. Then recently
someone had this amazing idea of to pull the meat apart and stuff this meaty concoction in a taco shell, what’s even better, he then dipped that tortilla into the fat that floats on the top of the stew eventually frying it up to its crispy goodness. Finally, the braising liquid is served on the side so you can dip the taco on it before putting all of that delicious goodness in your mouth.

I know it sounds insane, because it is insane, this creation is so good, its fatty, its messy, it’s so delicious, you will drop down any type of tacos for it. I had seen this many times on different social media platforms and every time I saw one it made me drool. That is why I decided to make one myself and its one of the best decisions I ever made becuase this thing is so good; I can’t find any other way to taco in the future apart from this one.

Birria Tacos is a type of Mexican tacos where Mexican beef, lamb or goat meat stewed on sweet, sour, spicy and savory broth is pulled apart and used as a filling on corn tortillas together with quesillo, coriander, lime and onions. 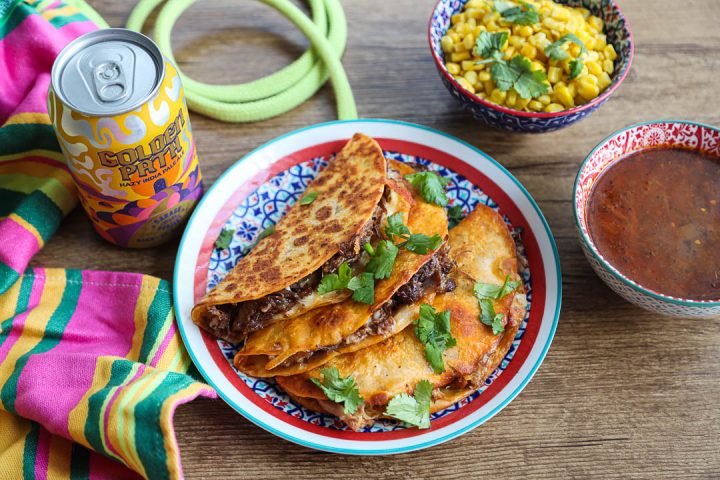