If there is one feast food that is really easy to prepare but still looks festive then nothing can beat Kalua Pork / Kaula Pig as this just contains two ingredients with a very rustic cooking process. Kālua from the dish name describes the traditional Hawaiian cooking method that uses the imu, it also means “to cook in an underground oven” hence traditional way of cooking this is done on a deep dirt fire pit oven.


On preparing the dish a large chunk or a whole pig is seasoned just with sea salt then tightly wrapped in banana leaves. It is then covered with wet burlap, then with a layer of sand or soil to keep the meat moist and make the heating even on all sides. It is then laid down on the pit lined with very hot lava rocks, burning ambers of wood then again covered with hot rocks on top. The pork is then left to cook for half a day usually somewhere between six to seven hours absorbing the heat, steam and smoke giving it that flavour and texture. Once cooked it is unearthed, unwrapped then pulled together with the melted fat.

I was lucky to try this several times in Hawaii and the most recent one I had influenced me a lot to make it at home, that last one was in a hotel, most probably not authentic as how they make it in Luau but it definitely was very tasty and most importantly juicy. Since then I was drooling over that thought that I had it hence to end that I made my own version at home, using an oven. 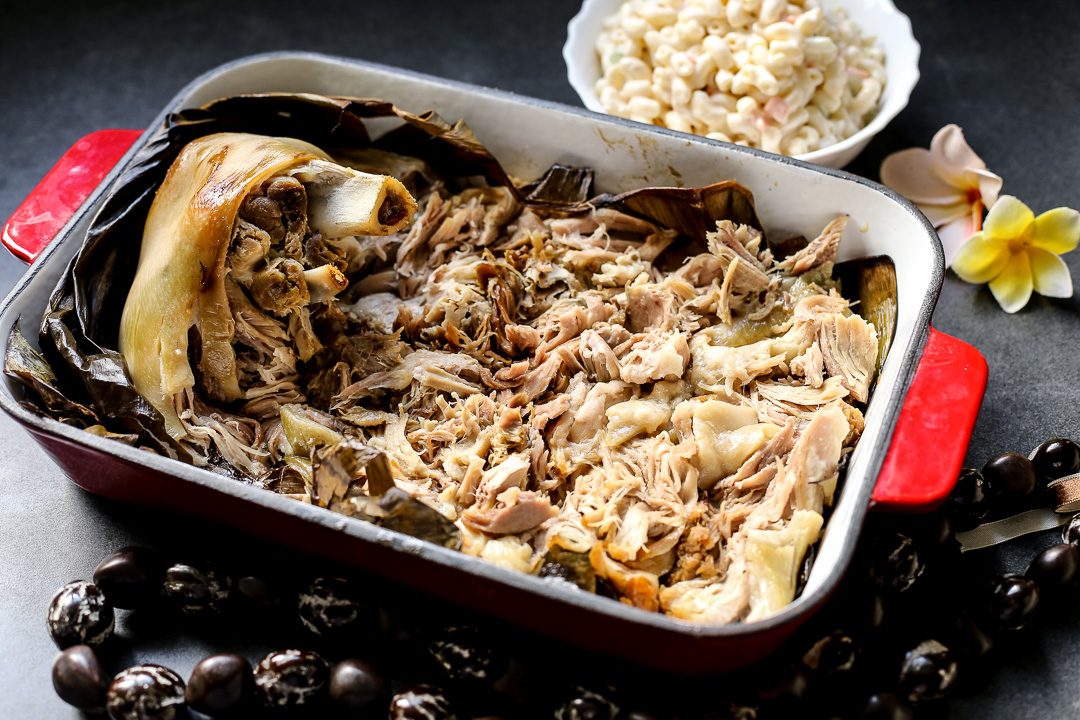