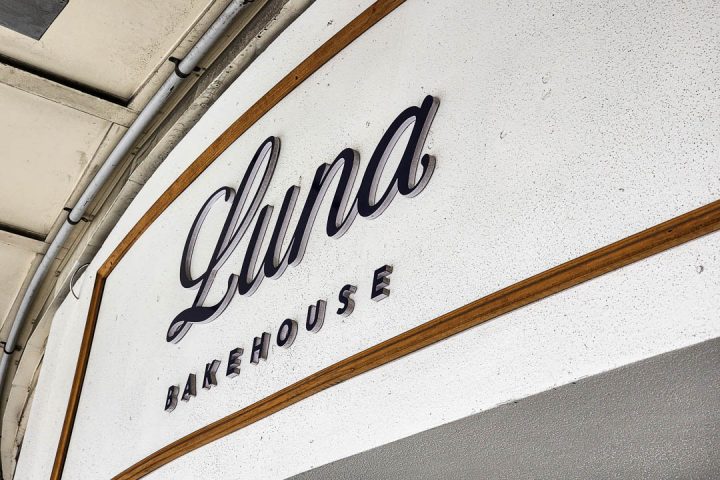 There is only one reason why we visited Luna Bakehouse and its becuase of those Double Ube Halaya Cruffin Instagram posts that have been flooding me for quite some time now. This was actually our second attempt because on our first visit, it was sold out. Before we further go ahead let’s talk about cruffin, so what is cruffin?

Cruffin is a type of hybrid croissant where croissant and muffins were fused into one awesome concoction, remember cronuts? Well there are a lot of croissant hybrids now, like cretzel, cragel, croclair, crookie, crotilla, tacro and next thing you know there will be crakes or crup cakes (first time reading that here). Honestly this is crazy, I know croissant pastry is good and we all know that cronuts were amazing but tacros, I am not sure of that. But how about cruffins.

Well, to be honest I never realized that I tried cruffins already but never knew until now, maybe because Little Grump in Wellington did not call it as such but I am pretty much sure it was a cruffin and it was one of the best pastries I ever tried and I am pretty sure it will be hard to beat. Which bring us then to our post, the cruffin from Luna Bakehouse. Basically, this bakery is quite popular with its creations, infusing Asian flavours to traditional French pastries, great concept and I think Aucklanders are loving it specially their selection of cruffins on the cabinet. I am talking about Cookies and Cream Cruffin, Biscoff Cruffin, Toasted Black Sesame Cruffin and Super Cheesy Cruffin to name some but we are here for their Filipino fusion the Double Ube Halaya Cruffin (NZ$8.50). 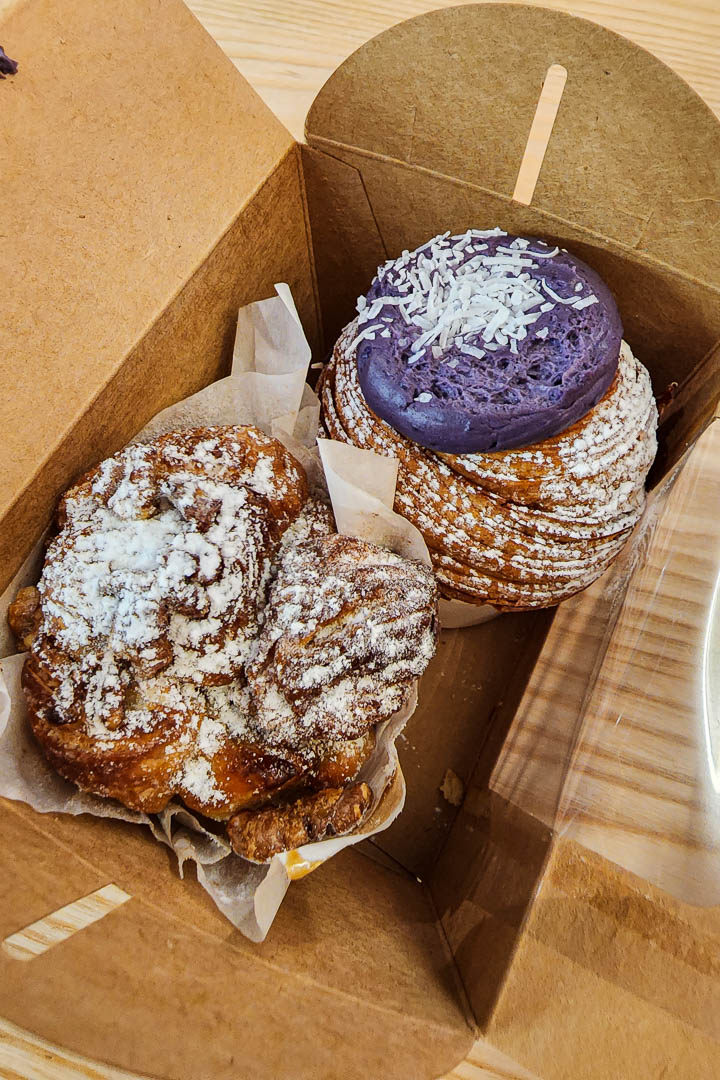 On the window they all look good but how does it really compare to cruffin I tried before? First impressions were already up there, well presented and it also has a good weight to it, price is quite steep, so I expect everything but good on this item. At first bite it was quite dense but flaky, not as chewy as I imagined and not as buttery as well. Pasty was alright perhaps above average in my opinion but not as phenomenal as the description on IG posts. As for the ube, it did not tasted ube at all, the graininess of ube was not there as well, it’s more like a cream with light infusion of ube flavour, I was rather disappointed, I was thinking there would be some ube halaya on it as the name suggest, I think there is none but if there is it might be just a little bit of it as I did not taste it at all, so it was quite disappointing. 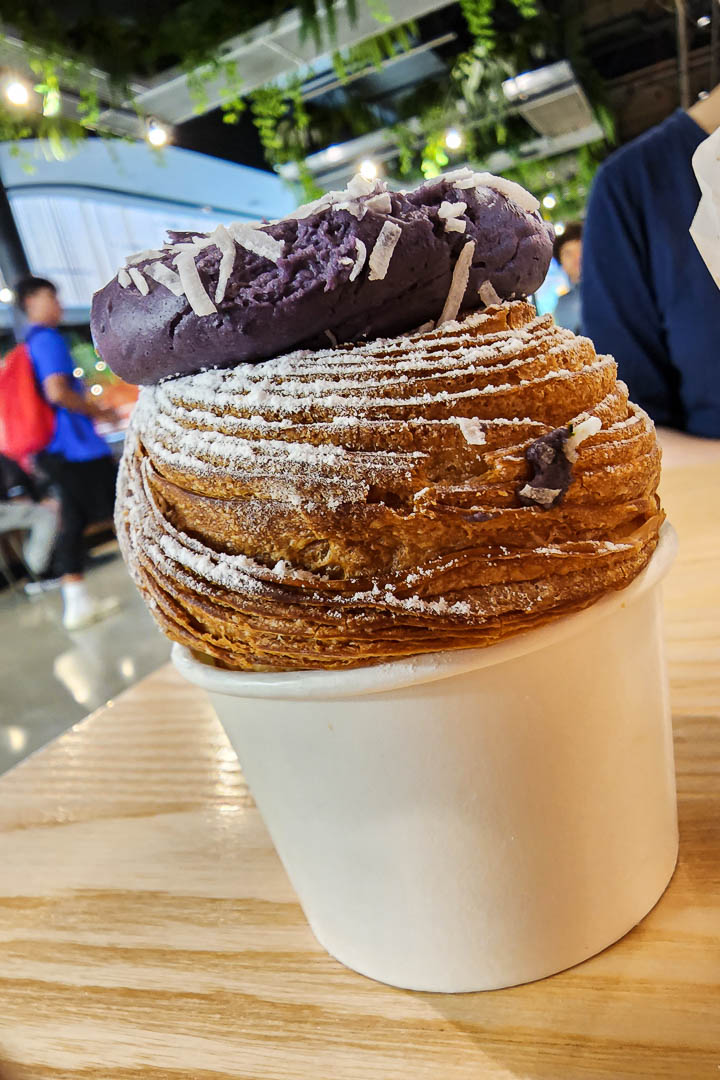 We also tried another pasty, and it was the Monkey Bread, some sort of another croissant pastry and it is soaked in syrup finished with walnuts. This one honestly was better, more flavours but the pastry texture was inconsistent, a bit of dense bits inside but light and fluffy on some. 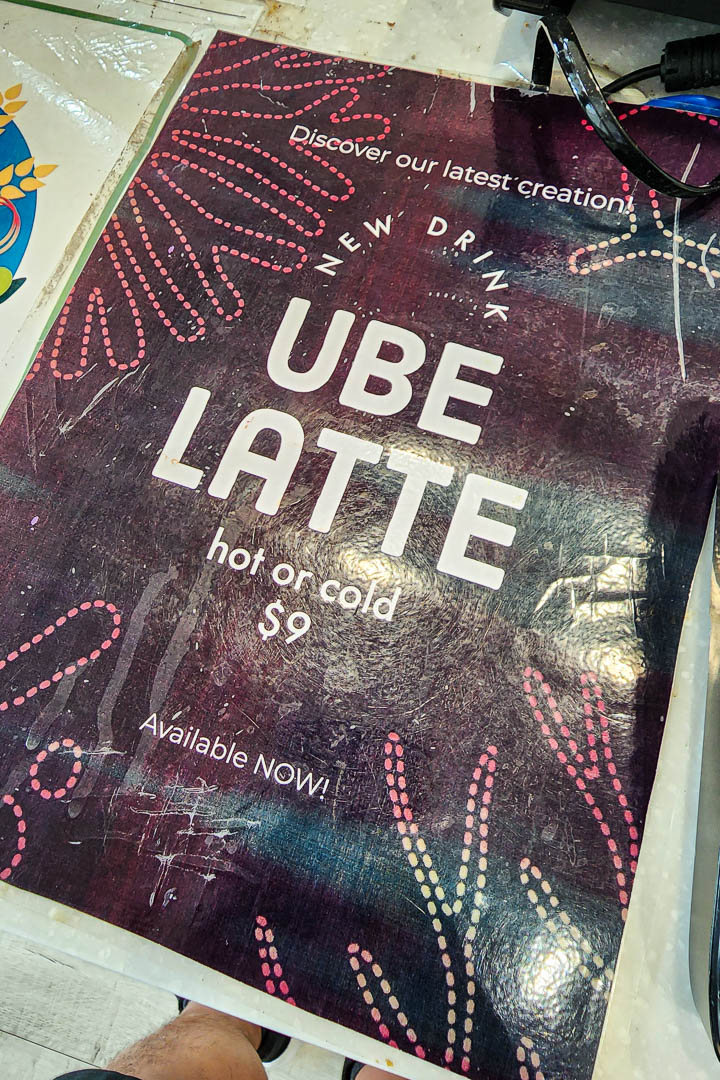 So, there you go a quick review of this specific item, I want to give it another go to be sure I am not just getting a bad batch, I really am optimistic on this one specially with those enticing posts that I see on my social media feed.