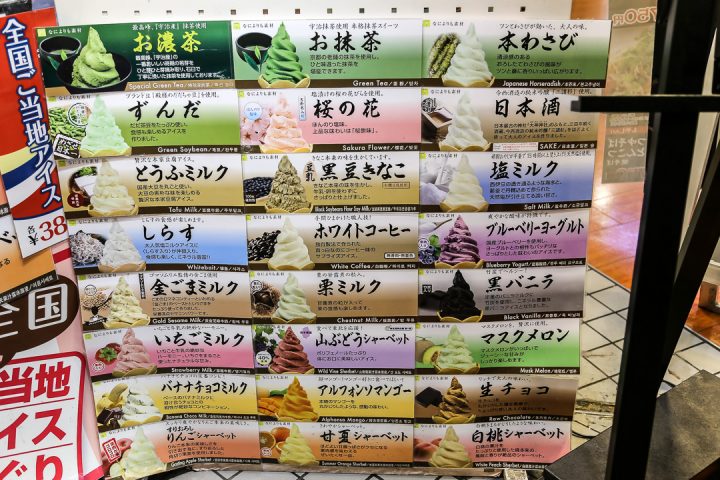 Japanese Horseradish, Sake, Salt Milk, Black Vanilla, Chestnut Milk, Sakura Flower, Whitebait, Tofu Milk, Soybean, do you have any idea what are these? Cant guess? Well they are ice cream flavours and yes there is a fish flavour in that list I mentioned. 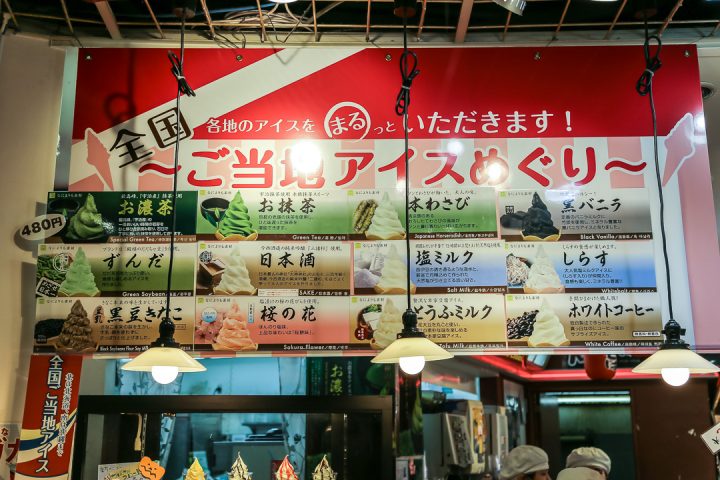 There are many odd flavoured ice cream here in Japan and though I haven’t tried them all we did grabbed two flavours that we think would be safe for our palate and will enjoy. There were many establishments that offer soft serves but we tried the ones from Purasusuitsumomogumi which is inside Tempozan Marketplace. We were here in the middle of winter but nothing had stopped us to try this uncommon flavour.

For a start we did tried the Green Tea Ice cream, while we had tried this flavour many times before those were outside of Japan and we want to compare it in what is available locally. It was quite a surprise as green tea ice creams in Japan has a richer tea flavour. It tastes like the real thing and we liked it. 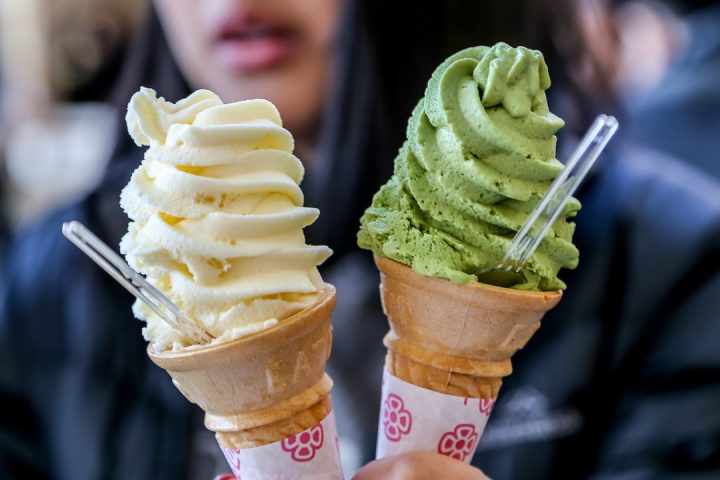 The other flavour was sake and this was quite unique, it was sake. No it will not make you drunk but there are hints of the rice alcohol in there, its sweet aromatic scent with sake flavour was really unexpected in an ice cream.

There are many others to choose from and what I am looking forward to try next are the Whitebait and Japanese Horseradish. How about you have you tried any weird flavoured ice creams?