Looking for a Japanese appetizer? Try this classic but with a cheesy twist. Cheese Renkon Chips or Cheese Lotus Root Chips is a dish of thinly sliced Lotus Roots deep fried till golden and crispy then topped with cheese powder. 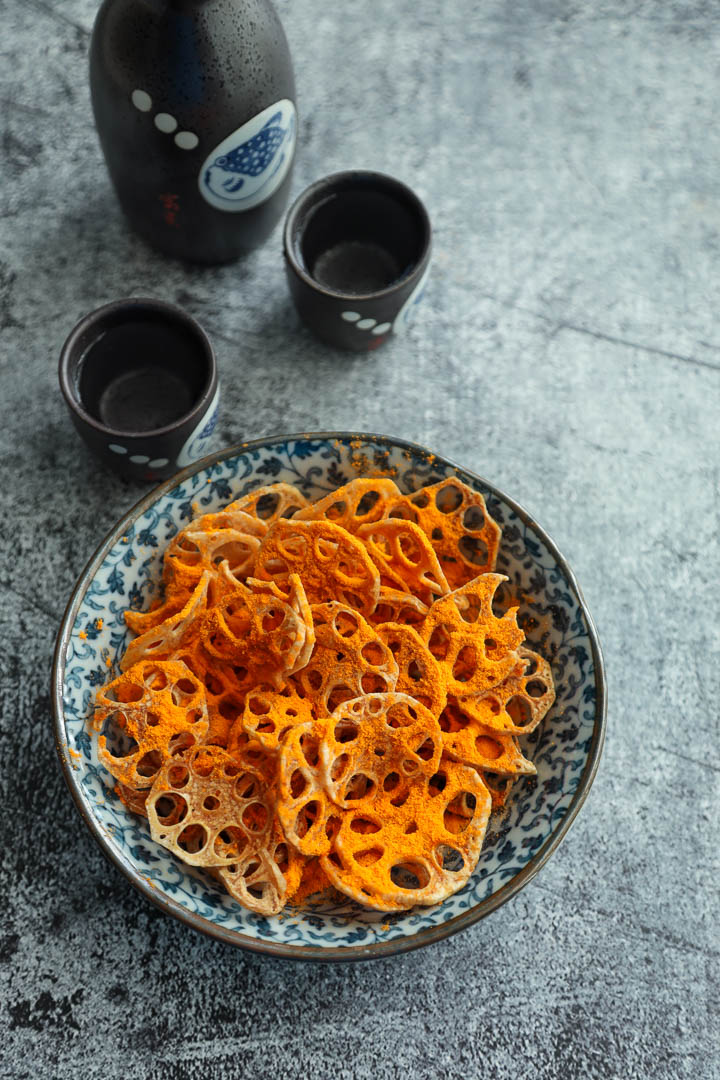 The first time I tried Renkon chips was in a restaurant here in Auckland named renkon, I got intrigued becuase of its looks hence I ordered them and find out what is this entree many people commonly as a side dish. Once I got my order and gave it a try it was not what I was expecting, although it was deep fried it was nowhere the texture of French Fries or Sweet Potato Chips which is crispy on the outside but very soft on the inside, renkon chips was mostly crispy. Seasoned with just salt and green seaweed powder, it has that simple taste and I thought this can be better, so I made them at home and added some cheese powder, it was a game changer.

Renkon is a Japanese word for lotus root, as a root it is not as exciting when it is sliced. But when sliced it exposed that beautiful pattern that this root crop is known for, typically used on Asian soups and stews, Renkon Chips was the first recipe I know where it is fried. As mentioned above, the root itself has a mild flavour but adding flavoured powder makes it better, cheese powder was the first one that I thought of becuase we have a lot of it at home but I am sure barbecue powder, chipotle powder and others would work wonders too, and due to its larger surface area due to the holes, it can grab as much flavour as it can. 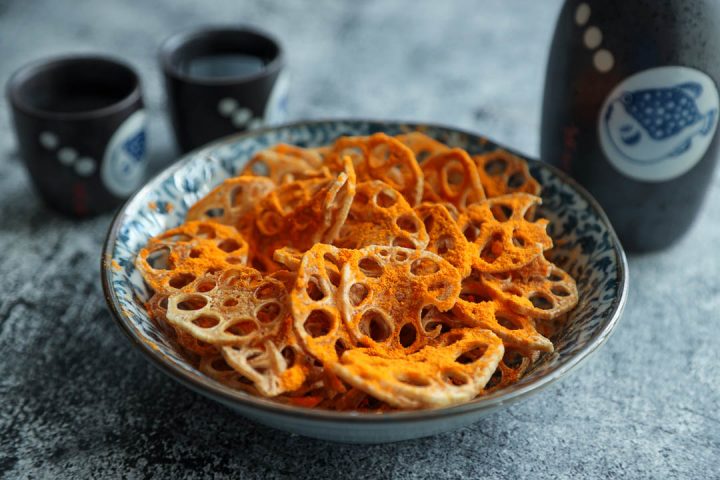 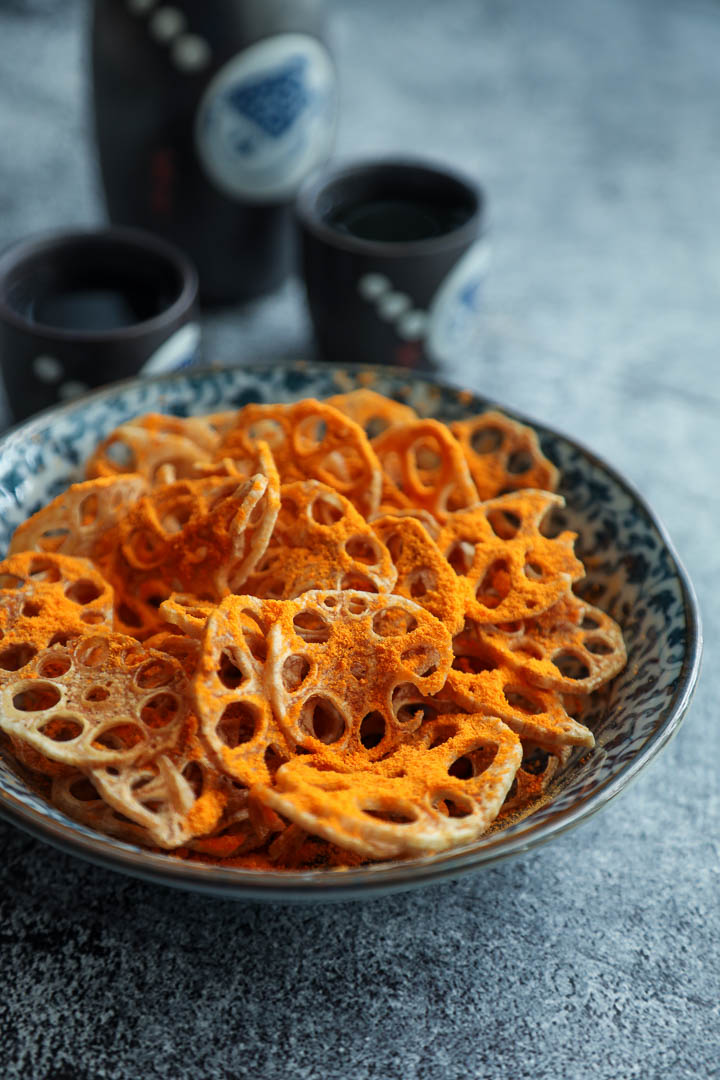