This is salt cured meat Filipino Style. Luñis is a Filipino Ivatan dish simply made with pork cooked with rock salt and fried typically served with turmeric rice. 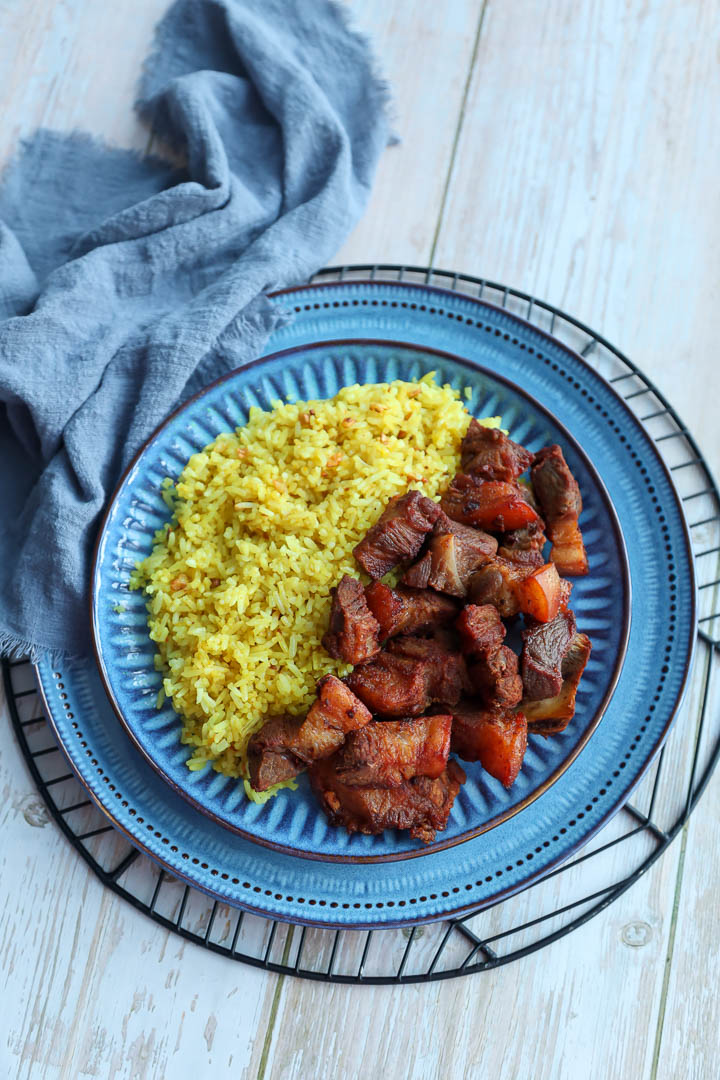 Bacon, Speck, Jamon, and Jerky, these are all salt cured meats and they are typically found in Western Countries, we rarely find them in Asian countries but that does not mean it does not exist, in fact I know of two meat dishes from the Philippines, the Etag from the Cordillera Administrative Region and our post today Lunis from Batanes.

Unlike most dried meats, the process for making this one is quite different as most dried meats are cured before consumed or cooked, Lunis on the other hand is first cooked in large batches with rock salt until its fat is rendered and it turns golden brown, it is then stored submerged on its own lard in jars called tagaw for months and consume as needed. It is a pride of the province of Batanes and considered to the one of their traditional eats. Like most cured meats the intention was to preserve meats for longer periods since refrigeration during the old days are not available. When served it resembles a dried adobo and sometimes garnished with copious amount of garlic, it is then served with Turmeric Rice.

Another simple dish that is easy to prepare and once prepared in batches, it’s just like opening a can of corned beef, just grab a spoonful or even bowlful then enjoy with a freshly cooked rice.

Luñis is a Filipino Ivatan dish simply made with pork cooked with rock salt and fried typically served with turmeric rice. 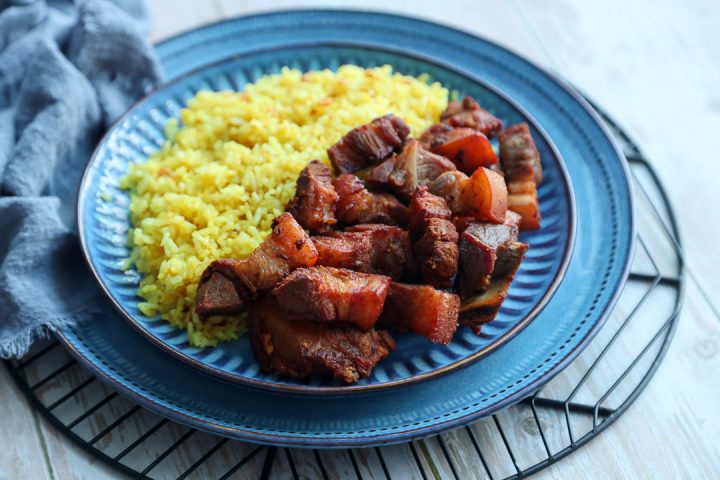