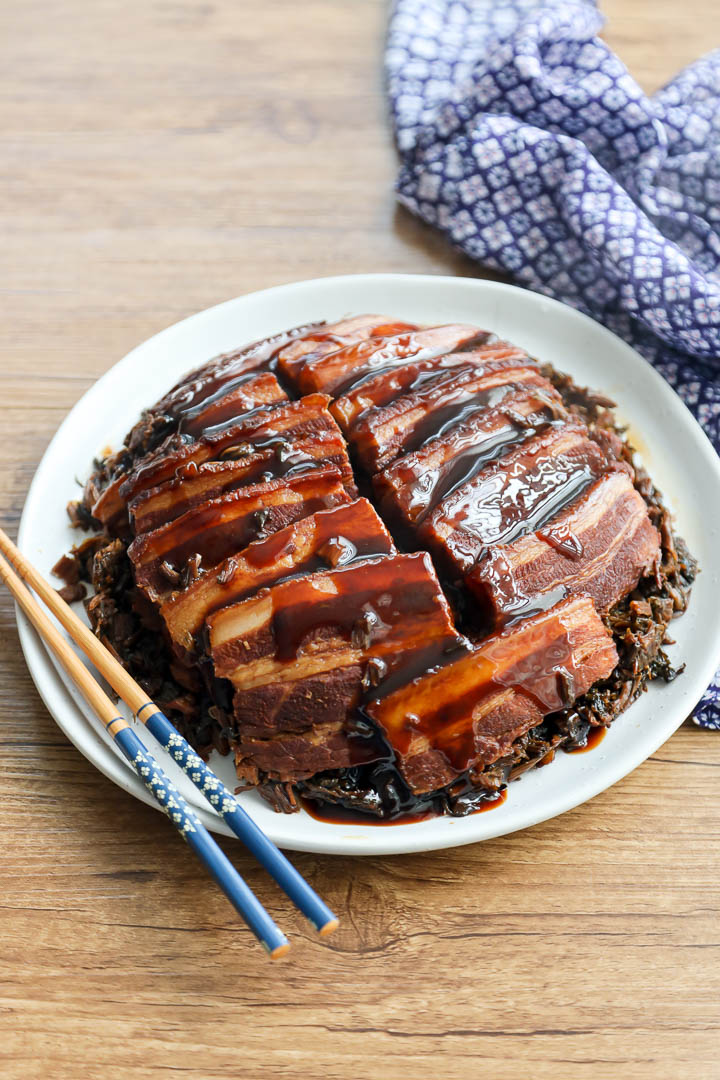 When I first tried this dish at Golden Century Restaurant(now closed) in Auckland, it instantly became one of my favourite Chinese dish. Before that first time, I always saw this dish on Chinese Restaurant menus but always avoided them becuase of the word “Preserved Vegetables”, nothing sounds appetising on those words for my ears, but one day one of my life mottos kicked in (“Do not say no to anything unless you had tried it already, otherwise you wont know what’s in store for you”) and gave it a try, since then , this is one of my staple order in Chinese Restaurants if they offer them.

So what is Mei Cai Kou Rou? Traditionally a festive dish made with thrice cooked pork, first by poaching, second by quickly searing, then finally steaming for a long time to give it a melt in your mouth texture. Preserved vegetables are steamed with pork which creates a wonderful amalgamation of flavours, giving the vegetables a meaty taste and the vegetables adding earthiness to the meat. It may look labour intensive at first but the hardest part of making this dish is soaking and cleaning the preserved vegetables, cooking it is straight forward.

The special ingredient here is the Preserved Mustard or “Mei Cai”, it is a pickled Chinese mustard typically used in the Hakka cuisine. They are made from a whole head of Chinese mustard vegetables, which are pickled, dried, steamed then salted This is then fermented on large clay urns for roughly 15 to 20 days and is commonly used on stews and steamed dishes due to their intensely flavour and aroma. There are several varieties of this preserved vegetables, one is just dried, another one is sweet then the salted ones, for our recipe the sweet and salty ones can be used so do not buy the dried ones.

Finding in an Asian supermarket might be hard becuase there are no English words on its packaging, the best way to do grab a Chinese person show them a photo in Google and most probably they can point you to the right direction. Anyways that’s what I usually do when I am searching for ingredients like this and it work 100% of the time. Anyways that is all for today, trust me this dish is amazing, if there is one Chinese dish on this blog to keep, this is the one. 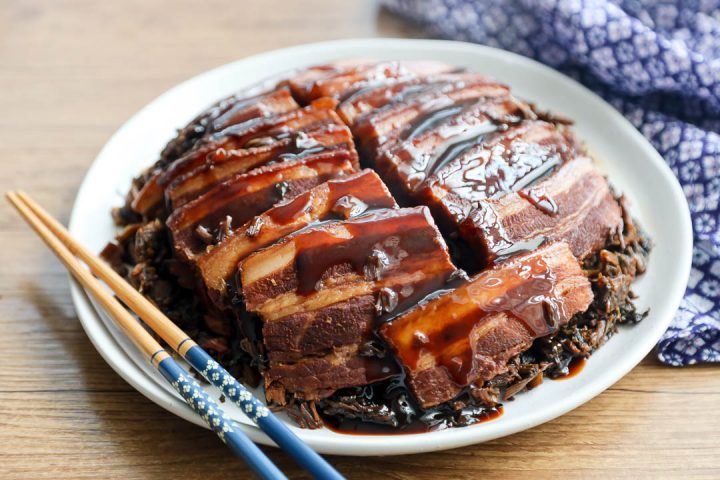