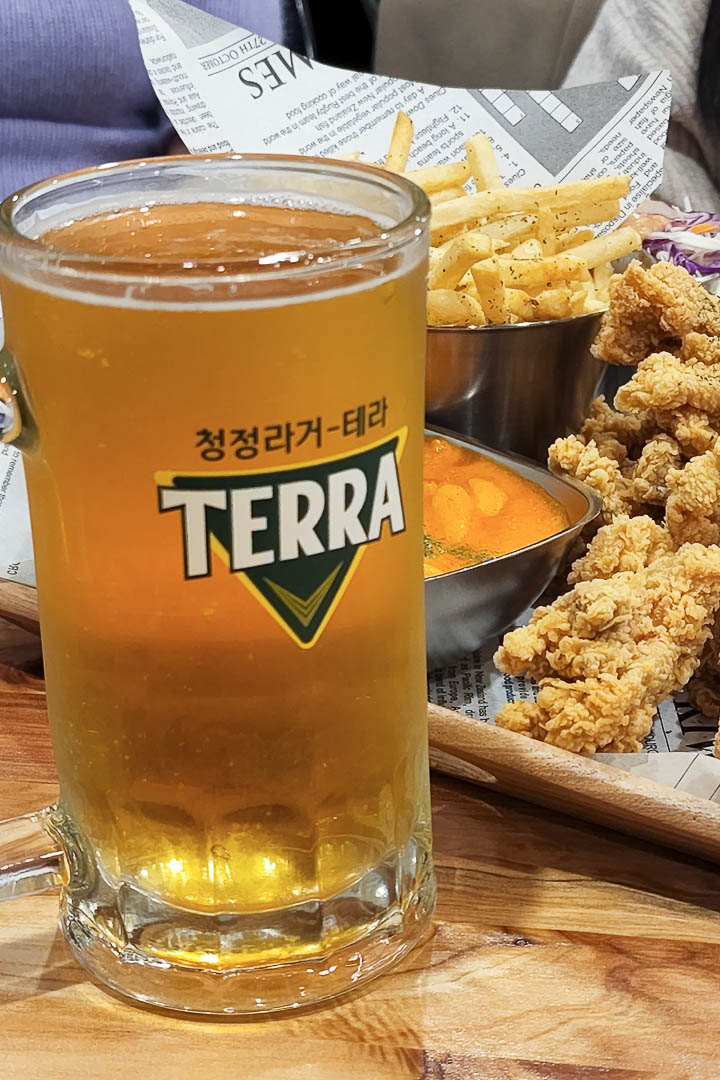 If you are keen for Chicken & Beer After work like how Koreans do it then look no further, Chimac is here for you, centrally located at the heart of Auckland CBD, it’s the perfect place to unwind with friends or colleagues after a long day at work. The name of the restaurant is popular in Korean culture, chimac or most popularly spelled as Chimaek comes from a combination of ‘chi’, which is short for chikin meaning chicken, and ‘maek’, which is Korean for beer. It is basically a pairing of fried chicken plain “huraideu” or spicy “yangnyeom” and beer, typically served as anju (“food with alcohol”) during nighttime in many South Korean restaurants.

While we all know that fried chicken is a popular Western food item due to KFC and similar chains, Koreans on the other hand have had this for at least 600 years ago but was long forgotten until the late 2010s. The modern chimaek on the other hand was believed to have been invented in the late 20th century. On the side a new draft beer which appeared in the 1970s and was also becoming very popular, and it became common for these two items to be combined as a single menu item which is now gaining popularity across the world.

As a subscriber for the YouTube Channel Jolly and their seconday channed called Korean Englishman, I have been wanting to give this Chimaek experience a try, luckily there was CHIMAC in High Street which I guess opened just recently. Try to its nature, we came here after work but not with friends instead with my family and grabbed this famous combo to end the week. We grabbed their chicken NZ$50.00 Chicken Platter and upgraded the tteokbokki to a Rose tteokbokki for NZ$3.00, it came with chip, salad, dips and off course lots of fried chicken. We also grabbed some Tiger Tap Beers which was NZ$12.00 for a 500 ml mug. 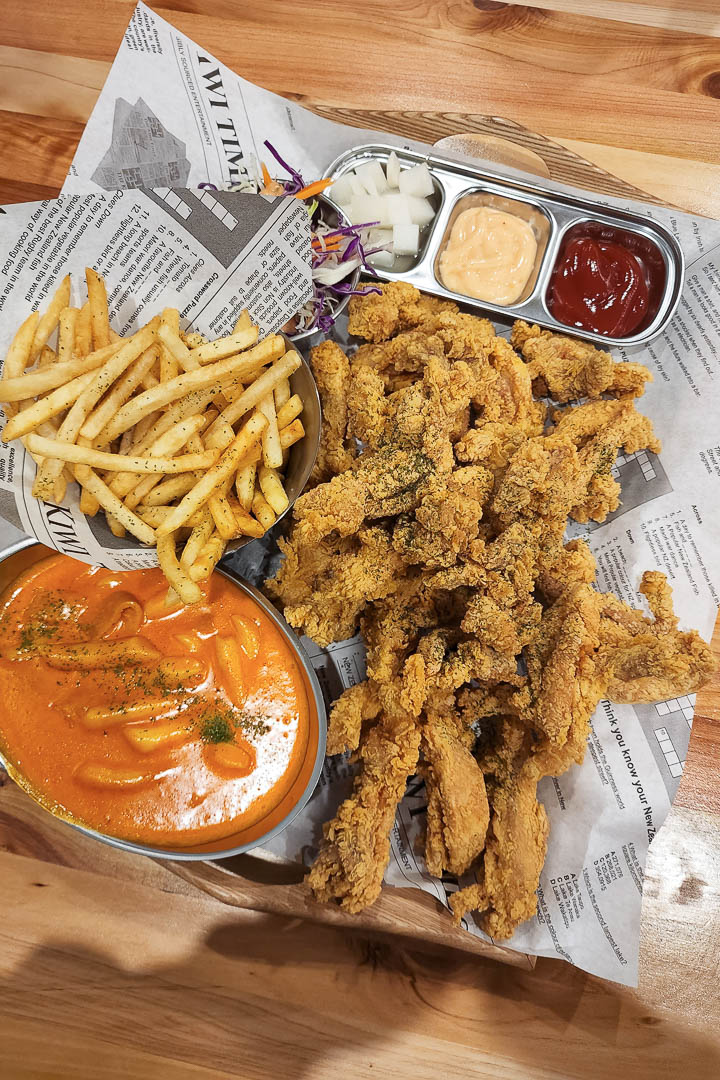 The chicken was enough for 3 people, and it was so good, very crispy and meat was tender. It was quite tasty as well, not too oily like most fried chicken out there. The side of pickled daikon helps cut the grease but to be honest, they are quite good even without it, just cleanse your palate with an ice cold beer.

As for the others, the chips were good as well, better than the average ones, perfectly crisp on the outside, mashed potato texture on the inside, the crispiness stays for long as well. The tteokbokki was good as well, slightly creamy, good spice and the texture of those Tteok was great. 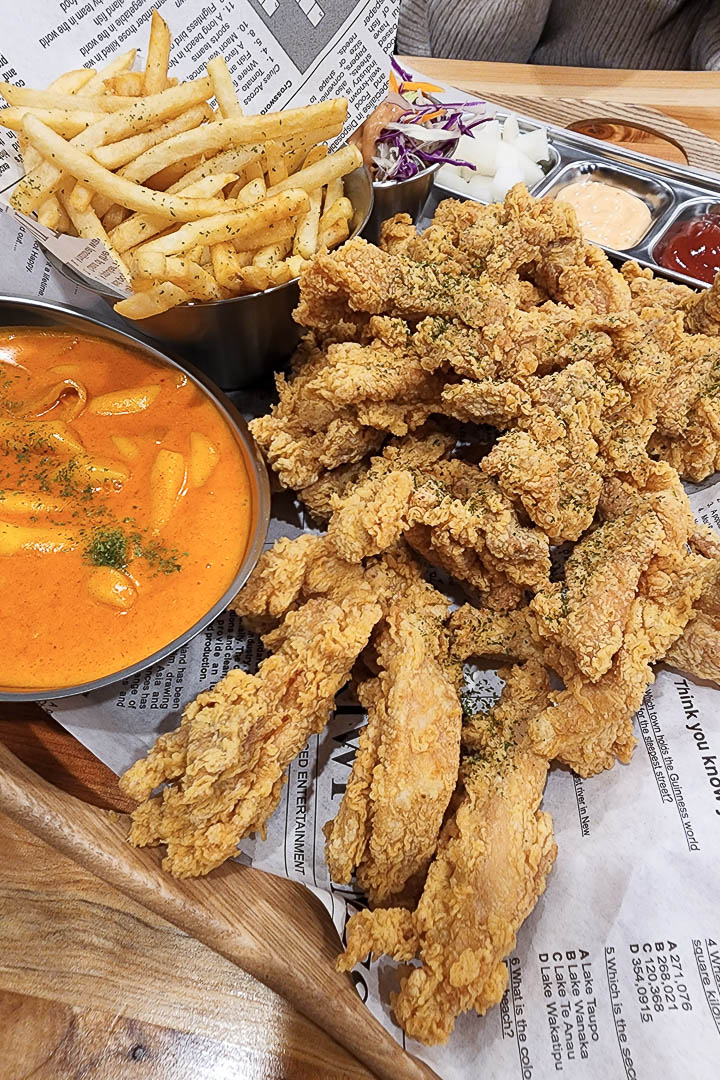 Overall, we enjoyed this one, definitely the perfect place to unwind after a long day’s work.