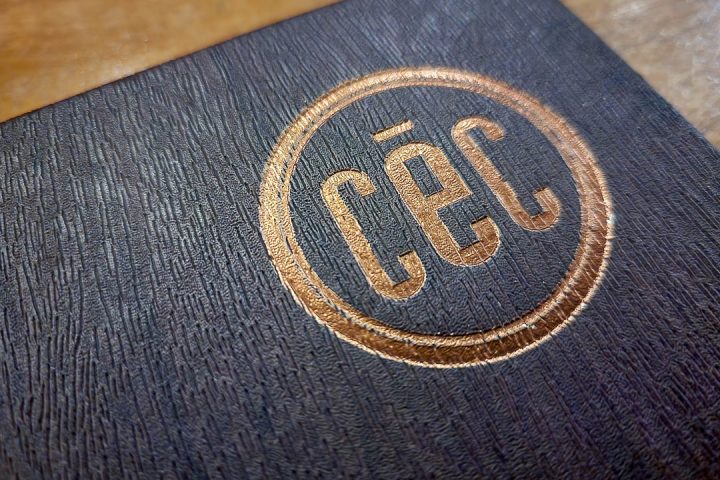 This restaurant’s tagline is “JUST LIKE NONNA USED TO MAKE. Come and join us at the number one Italian Restaurant on the North Shore”. Well, that is a bold statement to claim and we are here to find out. We had our fair share of real Italian food, having travelled to Italy several times, I think I know what a real Italian dish should taste like, in simple words they are simple yet amazing as it focuses more on the ingredients rather than a concoction of different things. Take pizza for example, in Italy, even the €5.00 pizza from the streets taste amazing, better than many pizzas you get from Italian restaurants outside Italy, and they are just the normal ones, imagine the ones you get from proper restaurants in Rome.

When we still lived in North Shore, we had planned numerous times to dine in at this place but the last two attempts at lunch hour it was packed with people so we ended up dining in elsewhere. This time we came in for a dinner after trying out their great pizza during one of the pizza parties we attended, it was so good we were convinced to dine in here. 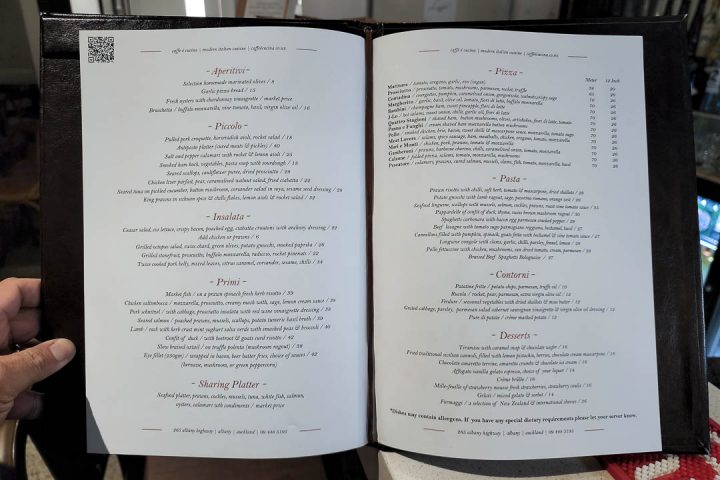 Located in the middle of Albany Highway, it was an odd location as there are no other food establishments out here, the nearest one was in Rosedale which more than a kilometre away. The place was in an industrial zone just beside a Stihl Shop so probably most of their patrons have already planned their dining here and there will be less walk ins compared to restaurants in commercial district.

First thing we noticed when we came into this place is that it was very dimly lit, pleasant atmosphere that resembles a fine dining restaurant. We were not seated immediately as we did not have any bookings, but we were given table in less than 15 minutes. We were seated near the deck which is not in the main dining area, most probably used for overflows and they are just covered with a thick plastic on the sides as it was drizzling when we visited. 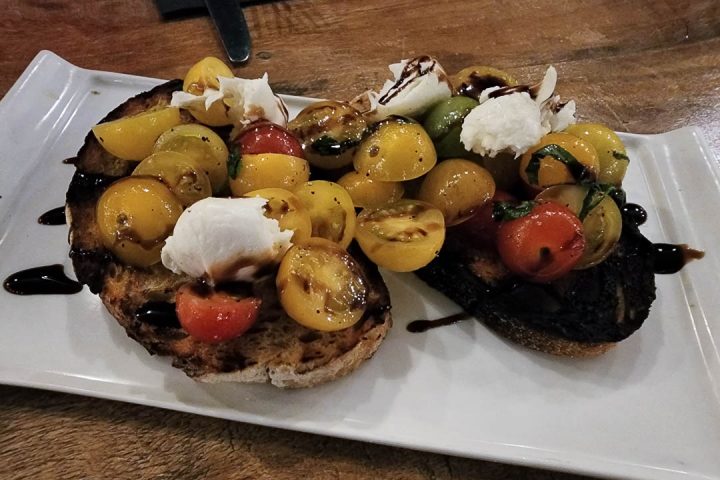 Menus were given as we sat and we chose four different items, an aperitivi, primi, pasta and pizza. For starters we grabbed some Bruschetta topped with buffalo mozzarella, vine tomato, basil and virgin olive oil (NZ$16.00). The toppings were vibrant, a mix of yellow and red cherry tomatoes with a bit of mozzarella on each, the bread was badly burnt as you can see from the photos so it was quite bitter. The tomatoes was firm, a good sign it was fresh and the mozzarella was good as well, it was just not enough, just a pinch or two on each bruschetta. 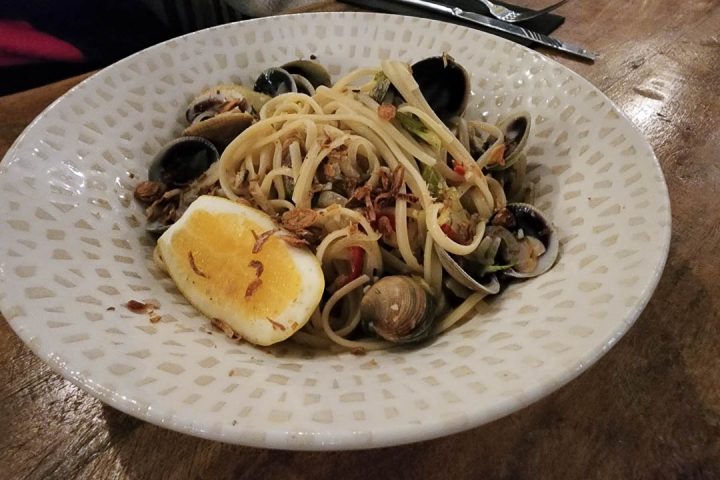 Moving on to the pasta, we had this Linguine vongole with clams, garlic, chilli, parsley, fennel, and lemon (NZ$28.00). The pasta was cooked perfectly, al dente but it lacks the clam taste that we were looking for, its not that bad but not as tasty as we expected, I had tried way much better Linguine vongole than this. 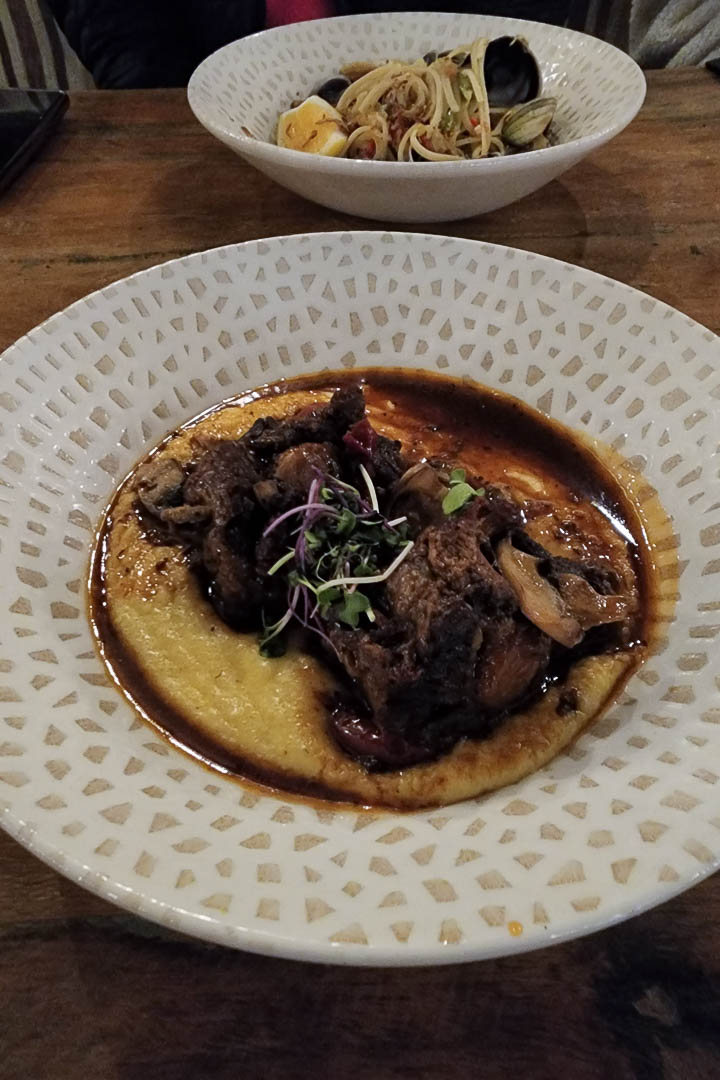 Then for Main we had this Slow braised oxtail on truffle polenta mushroom ragout (NZ$38.00), this one was good, we can taste a bit of the truffle, probably truffle oil was used, the oxtail was boneless and it was fall of the bone tender, it was definitely tasty. The polenta was creamy and silky, this one can be claimed as “Nonna’s dish”, it was phenomenal. 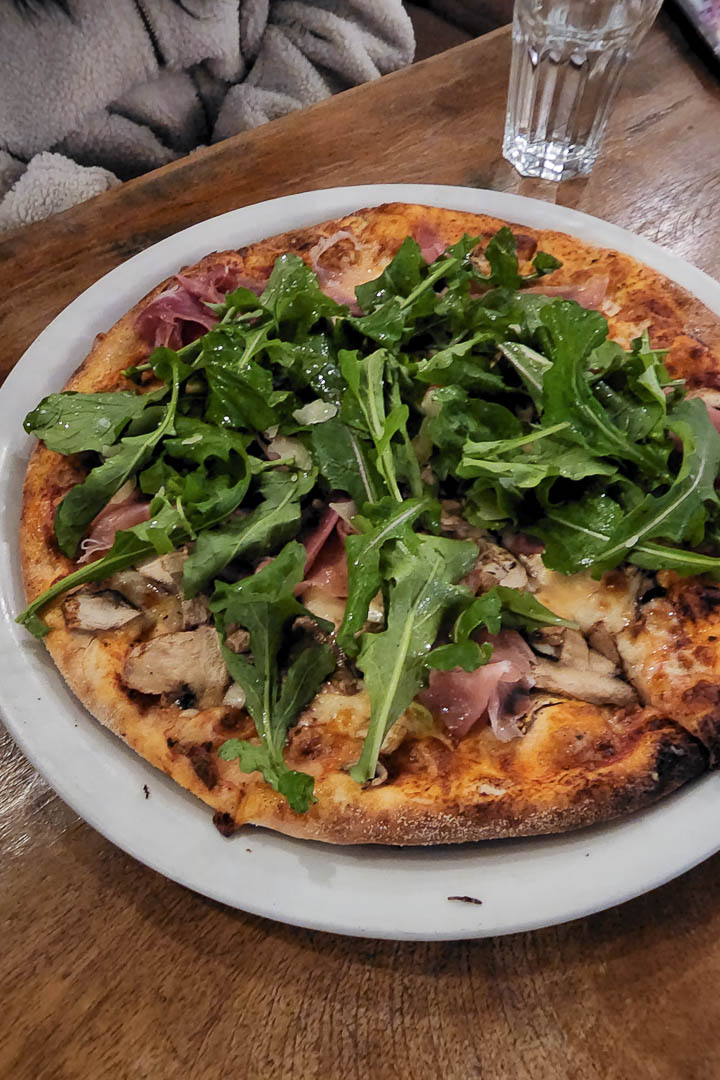 And for the Pizza we had some prosciutto with tomato, mushrooms, parmesan, rocket and truffle (NZ$26.00), again with hints of truffle and generous portions of prosciutto. The dough reminded me of the one we had in Rome and Milan, thin, chewy, moist with crisp edges. It is definitely one of the best pizza’s I had in a while.

Overall it was 50:50, some were amazing, some were just average. Those amazing ones, I think they did it really well, those bad ones, well just forget them. Service was great, although they don’t smile like most restaurants but it adds to that Italian feel, loud voices from the maître d’hôtel giving orders to their servers. The atmosphere feels like a little bit of a fine dining restaurant, I just wish it was a bit brighter.