This chewy ball is quite addictive, once you start, it’s hard to stop. Chipas or Chipá is a popular snack and breakfast food in Paraguay made simply with tapioca flour, cheese and milk.

The first time I had this was nearly a year ago when an Argentinian colleague of mine bought some freshly baked ones during our office potlucks. I was excited to try them since it was my first time having it at the same time it was made by my colleague too. I was intrigued since tapioca flour usually is used in sweet snacks similar to rice cakes around Asia, I had never seen it used on a savoury style bread. I still remember the first time he opened that container and it was filled with this perfectly shaped round bread, the aroma was very cheesy and it was dense. At first, I thought I would not like it judging by its density, but after the first bite, that texture was really nice, it was chewy and bouncy like a boba ball but with air pockets inside like bread.

At first, I thought Chipas was Argentina but after some research, I found out that it is a popular snack and breakfast food in Paraguay and it has a long history around it, the recipe has existed since the 18th century. So where did Argentina come into place? Well apparently, this manioc-based cheese bread is a local favourite in the riverside town where Argentina meets Paraguay and Brazil, it was believed that chipas originated from the indigenous Guaraní people, who live in the region surrounding this unique city, the corner where Argentina meets Paraguay and Brazil.

I am not sure if my colleague lives near those borders, or is chipa popular in Argentina too? But regardless, now it’s in New Zealand prepared by a Filipino, now that is called globalisation. Anyways chipas is a really nice snack, its super savoury, so filling, very easy to make and only takes 15 minutes to bake, what more can you ask for, so if you are really hungry and want a quick fix for snack then try this recipe out.

Chipas or Chipá is a popular snack and breakfast food in Paraguay made simply with tapioca flour, cheese and milk. 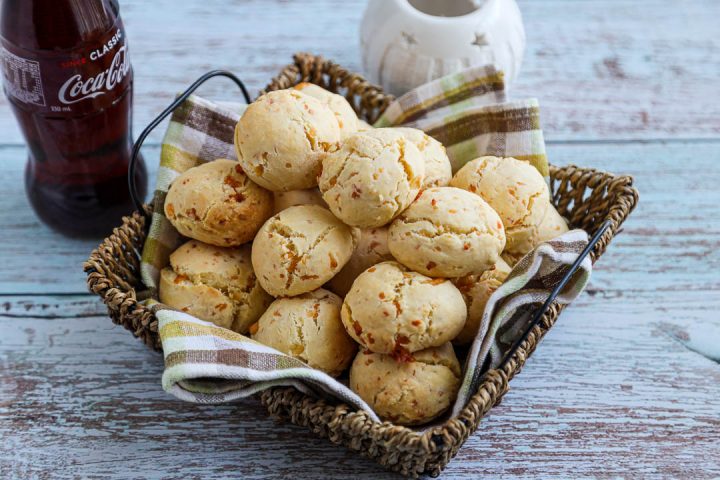