This tonkotsu based ramen will surely give you all that warmth you need during cold winter night Hakata Ramen is a noodle soup dish from Fukuoka Japan prepared with thin, straight and firm wheat noodles on a creamy tonkostu broth topped with slices chashu, negi, beni shōga , soft boiled egg, wood ear mushrooms, kombu, nori and sesame seeds.

Like pasta, ramen has many varieties and it differs from region to region, that is why in Japan there are numerous types of ramen where many people outside of Japan never heard of. Typically, restaurants outside Japan only offer the usual Tonkotsu, Shoyu, Shio and Miso but have you heard of the ramen like Wakayama, Hakodate, Kitakata, Yokohama and our recipe today the Hakata?

Named after the part of Fukuoka that was a major trading port in ancient Japan, the merchant quarter of Hakata. Hakata ramen is practically similar with tonkotsu with small differences. The first versions of Hakata ramen was sold at a food stall in Kurume, Fukuoka in 1937 during those times it was called the “Chinese Soba”, the broth was made with a pork marrow base and it was initially clear, not cloudy like how we know it nowadays. The owner of this first stall then sold his creation to shops in the Hakata, the business district of Fukuoka city, where it soon became popular and the rest was history.

Like most ramen varieties the general philosophy around this noodle dish is that less is more and the noodles and broth should be the main focus for the dish. Hence it is just simply topped with chashu, negi and beni shōga. From there additional ingredients can be included like soft boiled egg, wood ear mushrooms, kombu, nori, chili bean paste, sesame seeds or bamboo. 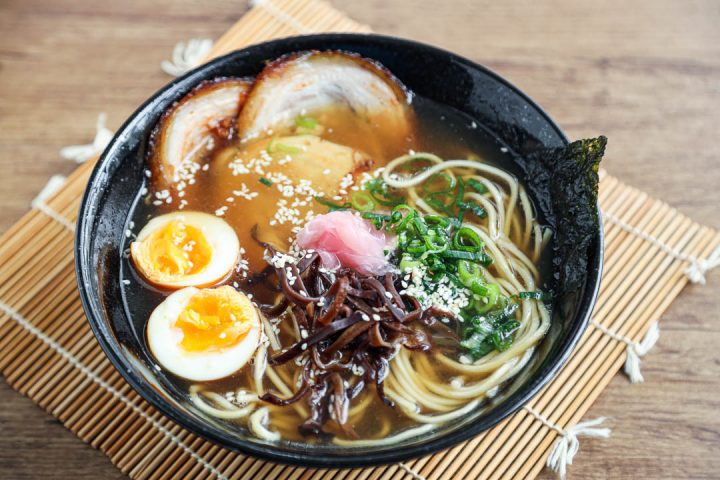