This donut sounds fishy! Piper Donuts is definitely an interesting way of pan frying these delicious piper fish, similar method like the usual fried fish but these ones are shaped like those irresistable round fried bread.

Piper or garfish is one of those interesting looking fishes, its shiny, its slender and have that distinct long half beak that looks like a thick needle. This fish also have very sensitive lateral line in their long lower jaws and that helps them detect vibrations caused by their prey. This fish is endemic to New Zealand and see them a lot in supermarkets but never had bought them since I migrated here until now after I saw it prepared on one of the fishing shows I seen lately.

Like any other fish, frying this is quite straight forward the only difference is that to make it more presentable they are usually shaped like a donut where it is prepared by putting a small hole in the tail, carefully bending the beak towards tail then inserting beak into the hole that was created. It’s quite delicate so a light coating of flour is a good idea before frying so it does not stick to the pan. It is a small fish and quite bony, not that much of a hassle to eat since the bones are all in the middle and can be pulled in one motion, unlike milkfish where the bones are everywhere even on the meat itself. It is certainly a very tasty fish, for its size it packs a flavourful punch, certainly one of the most underrated fish.

There are few ways to prepare them, one of them is the simple pan fry, in Australia they remove the back bones, butterfly it, battered and deep fried. Finally, another interesting way of preparing them is by only using the bones, just rub it with garlic and a bit of salt, fry until really crispy and you have a really nice beer match food.

Piper Donuts is definitely an interesting way of pan frying these delicious piper fish, similar method like the usual fried fish but these ones are shaped like those irresistable round fried bread. 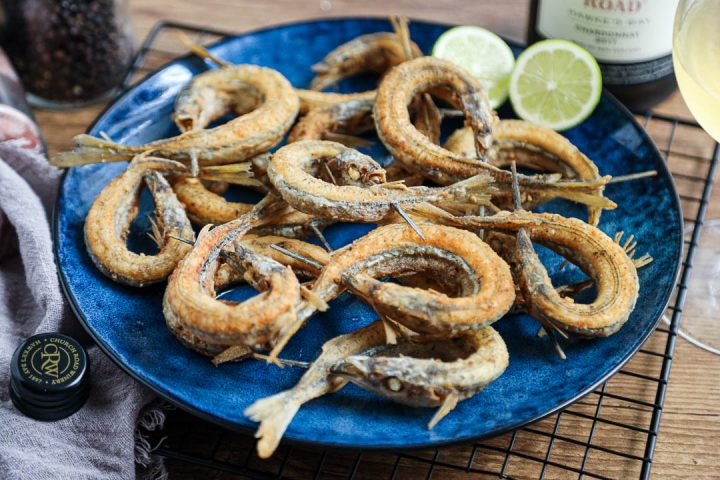