One of the best dishes the Ilocano cuisine has to offer! Ilocano Igado is Filipino pork recipe prepared with pork liver, pork meat and other offal cooked with green peas, red capsicum, ginger, onion and garlic in vinegar.

I had been making my Igado wrong but no one did ever complained when I serve them or bring them on potluck parties. I am not sure how I came about making them but even though it is not a traditional Ilocano Igado, people still do like them. One of the main ingredients I used before which I realised was never used on the real igado was raisins and green bell pepper, it gives a nice sweet contrast to the sour dish, it also adds an additional texture and those raisins soaks a lot of flavour so when you have one, it gives a nice burst of wonderful flavours. Today I am making Igado how my Ilocano friends do it at their home, flavours are quite different as it does not have that sweet taste, it also does not have the green pepper flavour otherwise it is quite good but in a different way. I also did not add additional ingredients which I see once in a while like potatoes, carrots and/or radish, usually this is added to extend the dish to feed more people, I only used mainly meats and offal together with red capsicum and green peas which I never ever saw omitted on the many varieties I saw. 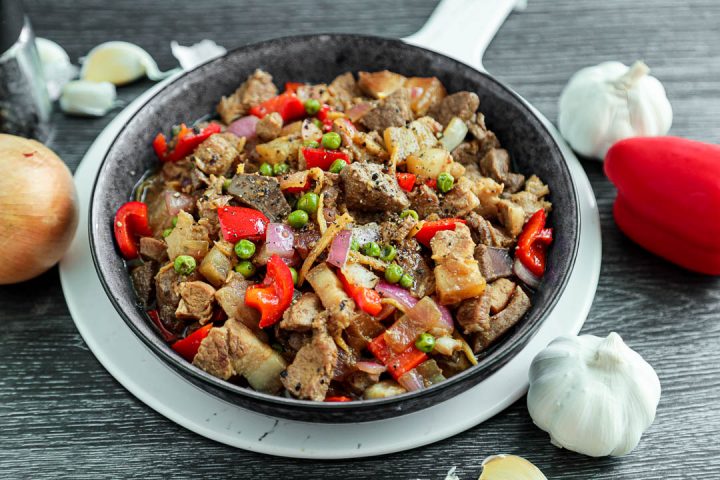