If the meat from your Tonkotsu ramen is not enough then this will certainly fulfil your chashu dreams. Chashu-men is a type of Japanese noodle dish served with ramen noodles over a rich pork broth served with a copious amount of chashu.

The first time I had a real ramen many years ago, probably way back when I was a child the first thing, I noticed are the single or two slices of chashu pork over the top of the noodles. They were thinly sliced and for me it was more of a garnish rather than a main ingredient of the whole dish, I was just used to having larger chunks of meat on most dishes and this ham like slices of pork was something new to me. Before I thought, the restaurant we usually order our ramen was cost cutting its ingredients but when we visited Japan early 2017, they do it similarly there, thin slices of meat. It took me a while to digest this but after sometime I realised that for ramen the star ingredient are the noodles and the broth, it’s not about the meat, if you are after the meat them get a yakiniku or just order some extra slices of chashu.

Now moving to the future, one time I dined in a restaurant in Brisbane called Hakataya Ramen and was introduced this dish called Chashu Men. This literally was my solution to the issue I had with ramen when I was young, it’s a ramen with more meat, where the meat takes the centre stage with the broth and the noodles, it’s a ramen that provided the perfect balance between these three wonderful ingredients. Today we are making one at home, basically it just my Tonkotsu ramen recipe but served with more chashu.

Chashu-men is a type of Japanese noodle dish served with ramen noodles over a rich pork broth served with a copious amount of chashu. 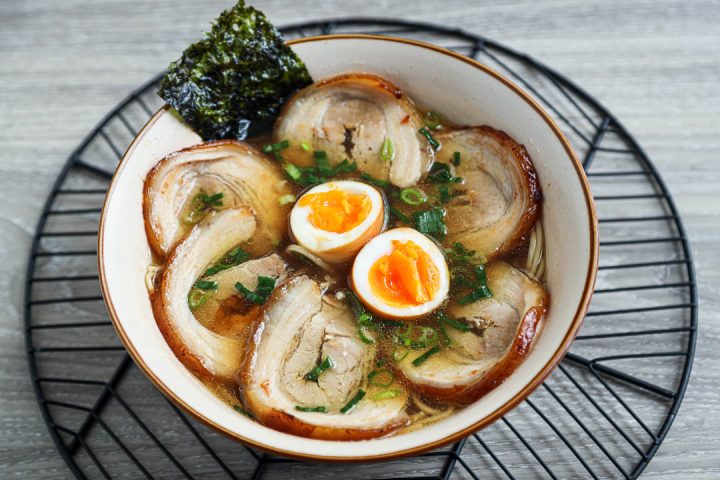