If you are looking for the best squid recipe then this will be it! Wok Inn Squid is a famous dish from the famous restaurant in Malate called Wok Inn, a simple deep fried lightly coated squid stuffed with chives then served on a savoury sweet sauce.

Many years ago, when I was just starting my blog, one of the first ones that I recreated based on a dish we tried on a restaurant was this Signature dish from Wok Inn. My experience with cooking that time was not yet as refined as it is today so I was not really particular with the ingredients back then, moving to today’s time, I think my palate was already trained enough, even the minute amount of spice or the smallest quantity ingredient on a dish, most of the times I can taste and notice. As I progress with this hobby one thing, I noticed is that when I cooked my own version of Wok Inn Squid for the first time it was fantastic and it tasted like the real stuff until that palate developed and as I continue to prepare this dish once in a while, I felt there is something different, until I realised one of the key ingredients was wrong. Chives was the right one to use instead of spring onions. Chives is not a popular herb or vegetable here in NZ hence they are rarely seen in the supermarket, but after one visit to an Asian grocer there was one instance that they have chives on the vegetable section, as I grabbed one and tried using them at home, I realised it was the missing link to my favourite recipe.

Today I will recreate this recipe, now I can call it copycat rather than Spring Onion Stuffed Squid becuase this now tastes like the ones I tried before, with a milder an onion-y taste, definitely much milder than spring onions, the stuffing inside does not compete with the squid taste but rather complements it.

Wok Inn Squid is a famous dish from the famous restaurant in Malate called Wok Inn, a simple deep fried lightly coated squid stuffed with chives then served on a savoury sweet sauce. 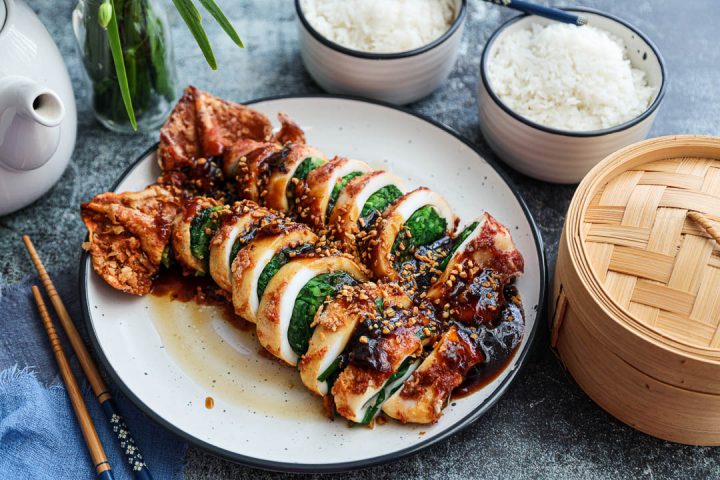