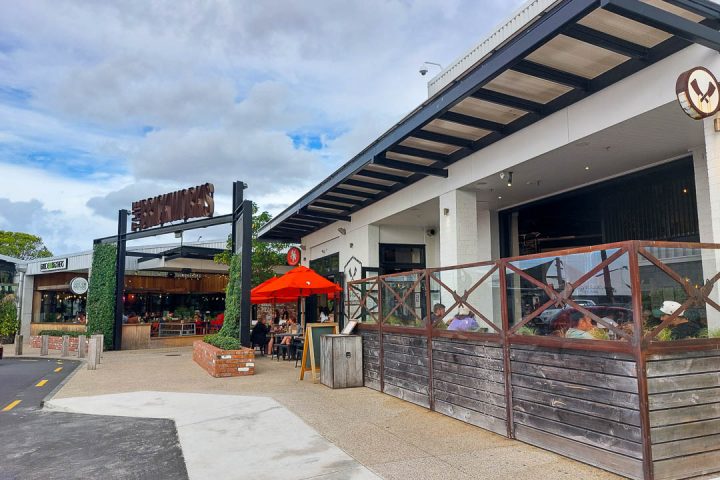 Several weekends ago we had our second attempt at visiting the Omanawanui Track, the first visit was not fruitful since the roads were closed due to heavy rain. Going to this place is quite dangerous since there roads are unsealed and when it rains, they will be slippery, without a 4×4 it will be near impossible when wet. This time around the weather was with us but I think we visited quite late, it was nearly noontime when we are ascending the peak and it was so sunny, with no trees to cover you it was a mission for us, the heat was just unbearable when you are climbing a steep terrain. We did managed to climb 3/4 of the way up but gave becuase we got dizzy of the heat.

While we did not finish the climb it was not a sad day for us becuase there are other interesting places to visit within the vicinity and one of which was the Whatipu Caves, which we really enjoyed a lot. A variety of caves can be explored, from big and small, each have something to offer.

After this trip we were quite hungry, the climb to the Omanawanui Tracks highest peak was a chore, lesson learned, we need to do it when the sun is not yet at its peak so the heat won’t add to the effort. Definitely will be back one more time and hopefully it will all be successful. Anyways, after being tired, we definitely need a big feed and since we are already out West, we decided to go to Lynn Mall Shopping Centre and have our super late lunch at The Brickworks. After looking at the menus of different restaurants we decided to dine in at Cleaver & Co, barbecue and beer sounds like a good idea at that time.

The beer was gone in seconds, it was so refreshing after what we did, definitely we had grabbed several more of this. A few moments later the platter came out and it was indeed big, it occupied mostly our 4-seater table and it looks promising. For NZ$69.00 this is definitely more worth it than the ones we had at More Pork, their sample platter was NZ$75.00 an that was good for two people, or perhaps 2 not so hungry people. This platter at Cleaver & Co was meant for three but perhaps 3 very hungry people.

Now let’s dissect each element on this platter, starting from our favourite. Smoked buffalo chicken nibbles, yup this was our favourite but the name does not describe what we ate, it felt like it was fried rather than smoked but it was very tasty, it was small compared to everything on the platter.


My next favourite was the Sage and fennel sausage, this was great as well, very juicy, very tasty, the sage and fennel was prominent but not overpowering, again like the chicken I hope this was bigger.

Then came the brisket, this was just average for me. The beef was tender but it was quite dry, like eating a soft and thick jerky, it was only the sauce and the small amount of fat that gives it moisture. It was tasty and definitely smoky. The ones near the fat was nice, but the meaty part was very dry, you can see from the photos.

Finally, the last meat, the St. Louis pork rib fingers. This suffered the same fate as the brisket, it was dry too but fork tender, texture is similar to tuna when flaked, it has that hard dry feeling on every bite. Taste wise, it was flavourful and smoky as well.

For the sides, the mac and cheese bites was one of the best ones I tried. It was not heavy and overpowering, good little tasty bites with nice crunch, The cheesy bread was good too, similar to the ones you can buy in the supermarket but with added melted cheese toppings.

As for the drinks, we loved the Strawberry Cheesecake Thick Shake, it was a nice thing to have after a heavy meal like this. The sweetness cuts out the greasy meat and cleanses the palate.

So overall, it’s OK, the serving was really huge, like I said you get more bang out of your buck in here, so this is recommended if you have a big appetite, that platter would definitely be more than enough for two people. If you are after for some good bouncy, meaty and juicy meats then probably there are better but more expensive options like More Pork, they have better brisket for sure but lesser amount too. 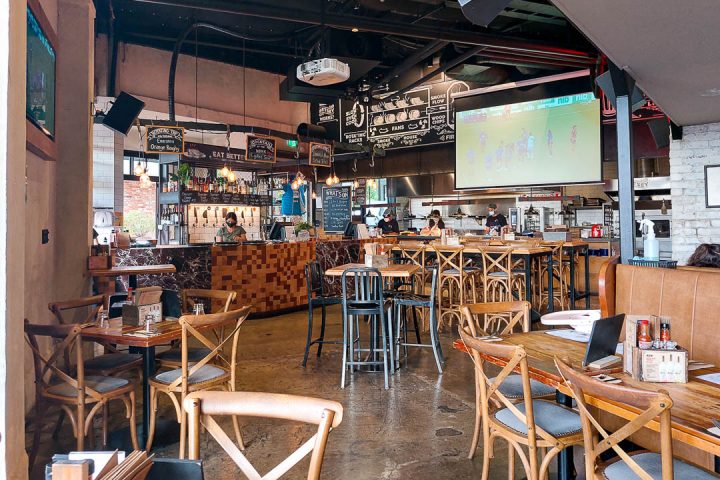