There are many versions of this dish and I am cooking the one that I think is the best. Pollo Asado De Carajay is a Filipino dish with Spanish roots where chicken in a variety of sauce options is cooked in a vessel called “Carajay”

Pollo Asado de Carajay or if directly translated means Chicken Roasted or Grilled in a Wok, a named used by many dishes in the Philippines where chicken or any other meats are cooked in a “carajay together with a sauce either made with mushrooms and cream; paprika and soy sauce; and tomatoes and vinegar just to name some. What is strange is that either of these mentioned varieties does not call for roasting or grilling the chicken but instead they are cooked together with the sauce of choice, starting with a traditional Filipino cooking step called “gisa”. It might be the case during the old days but in these modern times, this step was never mentioned on recipes, probably to save time in preparing the dish.

Today, to be true to the dish’s name, I will add that process as grilling the chicken would definitely impart a nice flavour to the dish, giving it that smoky flavour you won’t get just by cooking it on a wok. But if you don’t have time to do that, it will be good either way. 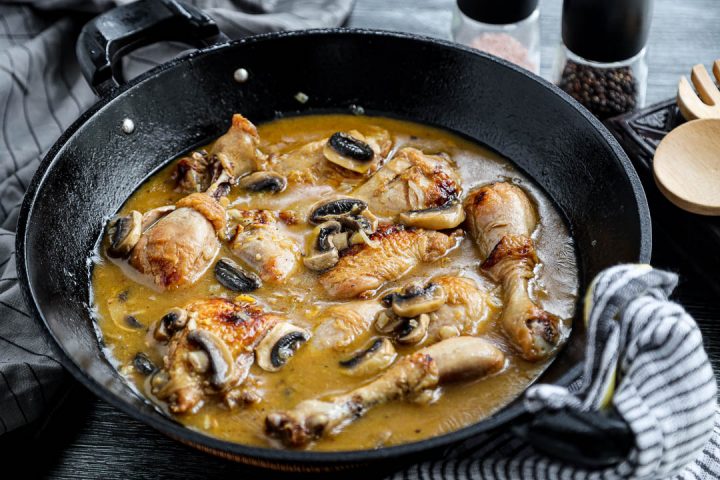