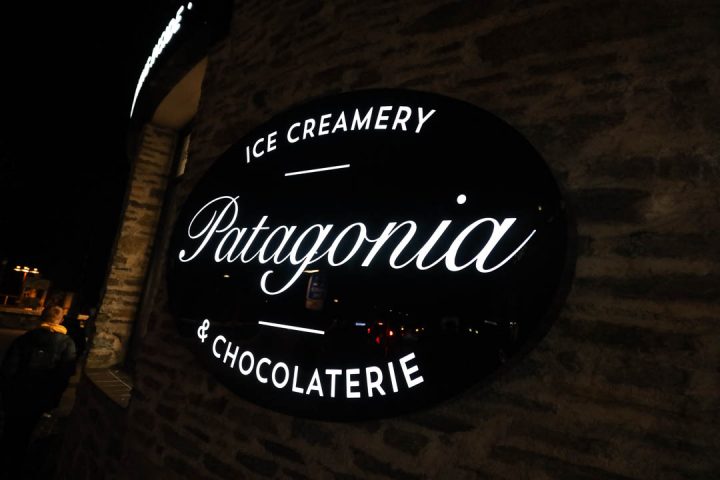 If you come to Queenstown then a visit won’t be complete without heading over to Patagonia Ice Creamery & Chocolaterie, what you will find here are the best ice cream flavours in New Zealand and it’s just around the corner from that famous Fergburger. They offer artisan ice creams, sorbets and frozen yoghurt and rest assured they are using only quality ingredients and real milk, you can really taste the difference. Using their tried and tested recipes and techniques from their South American and Italian roots it makes them win multiple New Zealand Ice Cream Manufacturers Association awards every year since 2011.

When we visited this place for some reason it reminded me of Lindt back in Switzerland, it has the same ambiance and charm the only difference is that these guys sell ice cream, apart from the other delicious treats like cakes and chocolates. We came here after a big dinner at Fergburger, while we may still be full with all that wonderful burger we just devoured, we can’t let this place pass by specially it was our second to the last night here. It was quite late when we arrived, just a couple of minutes past 9:00 PM and it was in the middle of winter but we were quite surprised there was still a long queue for the orders. Kiwi’s truly live ice cream, even if it’s still dead cold outside, a nice scoop would always find its place.

I wanted to order two scoops on each cone but that would be called gluttony, even a single scoop on that nice cone is quite heavy enough after a big dinner. So, we opted a scoop each and chose the following flavours. First was the Hazelnut Cremino, it was served on a dark chocolate dipped cone. Next was the Patagonia Dark Chocolate and Macadamia, this one was served on a cone dipped in white chocolate. Then Finally, the Mascarpone Cheese & Fruits of the Forest just on a regular waffle cone. 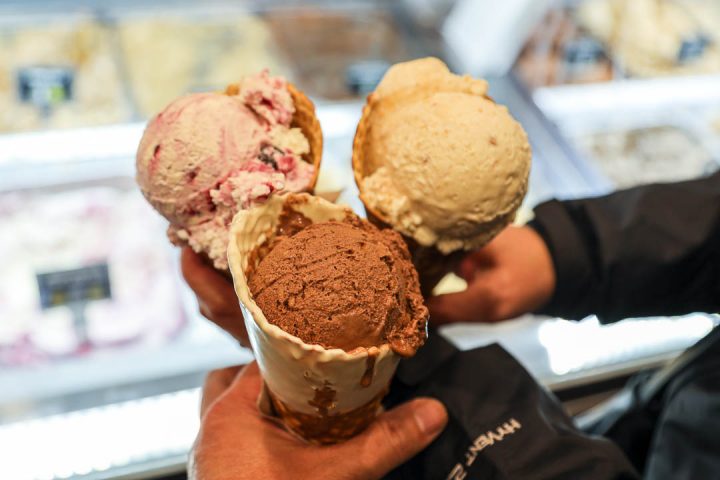 So, there you go, if you want to have some good ice cream when in your in Queenstown then this is a no brainer. I suggest you grab a place at the second floor so you have a nice view of the lake by the window plus if you’re in luck, you will be able to see some pasty and dessert making action at the kitchen theatre as you indulge in that delicious scoop.