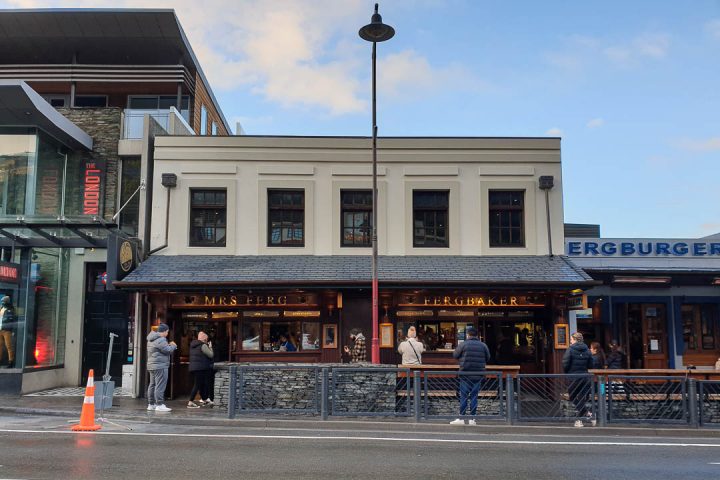 Everyone knows what Fergburger is but do you know it’s small sibling the Fergbaker? We never heard of it as well until we visited Queenstown and saw this place beside Fergburger. As the name suggest its owned by the same owners of that popular burger place and they ventured out to a bakery business, and like your usual bakeries they sell the usual pies, pastries, sandwiches, artisan breads, tarts, brownies, cookies and many other baked goods.


Though it’s not as crazy as its big brother they too have a good presence in the area, once in a while you will see queues but most of the times it is not as busy. We passed by this place a lot during our vacation in Queenstown so we noticed what time of the day they are busy, but due to a hectic itinerary we only had a chance to go to this place on our last day on a breakfast.

Breakfast is one of its busiest times but it’s not as bad as you might think. Like its big brother they are well staffed so everyone can be catered for really fast the only thing that held them up was us thinking what to grab from the many delicious items on offer.

So, after a few internal deliberations we grabbed three items, first was the Ferg Pie (NZ$6.90), made with Prime New Zealand Rump, hand diced & braised in a caramelised onion & cracked pepper gravy.

Then another pie in the form of Chicken, Bacon & Mushroom (NZ$6.30), made with tender chicken thighs, creamy white sauce with roast mushrooms and bacon.

So, the verdict? We’ll all I can say what they offer here is better than the normal ones you get from the usual bakeries. The pies were heavy when I first got it, an indication that they did not skimp on the fillings. The beef pie is filled with big chunks of beef and the Chicken was in the same boat. Pasty was very flaky and buttery, with slight sweetness, it was one good pastry. The Danish was good as well, almost similar pastry as the pie but the outer layer was even more crisp.

Overall, it was good, give it a try, trust me if you have been to France then it would remind you for proper French bakeries.