Nowadays everything seems to be given that ube twist, from waffles, doughnuts, macarons and even croissants, name it there is an ube flavour for it. I can’t blame these recipe creators, ube is a really nice ingredient to work on, this purple yam from the Philippines is essentially a type of tuber with a bright purple colour that tastes like a sweet potato with sweeter taste, a bit nutty and have hints of vanilla taste. So, in short, it’s delicious and pretty.

Ube is such a versatile ingredient because basically any dessert recipe you can add an ube on it. We had made several ube recipes on this blog already but none of it yet for a rice cake, that is why today we are making an ube flavoured biko (glutinous rice cake) with a topping that tastes like a leche flan. So here you go. 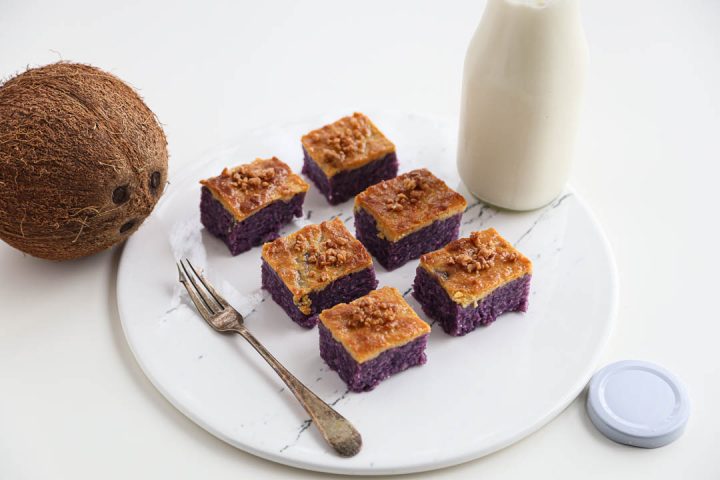