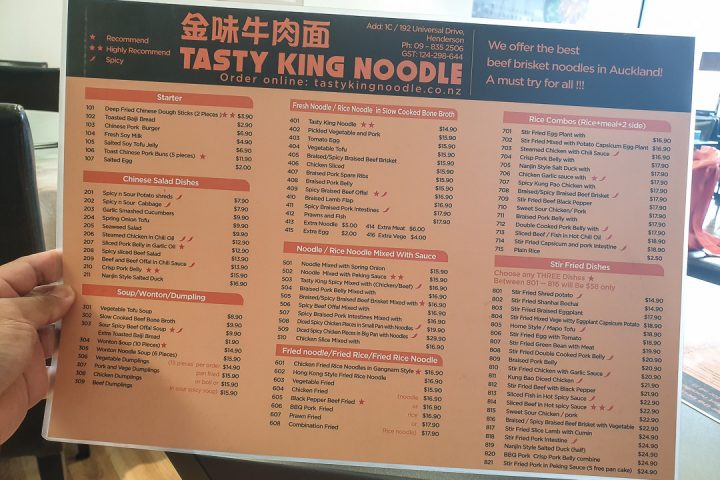 I guess when I comes to noodle soup dishes the Japanese cuisine easily dominates this area because of their amazing ramen and udons, Vietnamese are quite popular too with their pho but did you know there are other Asian countries apart these two that makes greats noodle soup dishes and one of them are the Chinese. In the Philippines even before the ramen joints came out it was the Chinese noodle soup dishes that dominated thanks to Ma Mon Luk who introduced mami to the Filipinos. Here in New Zealand Chinese noodle soups are not as popular as the Japanese and Vietnamese counterparts, I think they deserved to be known, while these restaurants exists most of them are catering for Asian customers.


One of the recent restaurants that we dined in is in a similar case, where most if not all of their customers were Asians. A place called Tasty King Noodle and they specialize in noodles, they pride themselves by self-proclaiming that they offer the best brisket noodles in Auckland, is that true? Well we are here to find out.

We came here for a late lunch, so the place is quite empty apart from three other customers. Initially I knew what I was ordering because of their claim for best brisket noodles but after I saw the menu, it was not even recommended, what I grabbed though was their Tasty King Noodle (NZ$14.90) which was highly recommended. It came in a very large bowl which means the serving size was huge, it looks like it was topped generously with sliced beef cheeks but they were thinly sliced like how Japanese slices their chashu pork for ramen. The noodles were nice, texture was nice and bouncy but what did not deliver was the soup stock, it was tasteless, I must add soy sauce and chillies to give life to it. Meat was tasteless too plus they are so thinly sliced like a champagne ham, you won’t even feel the meat at all. 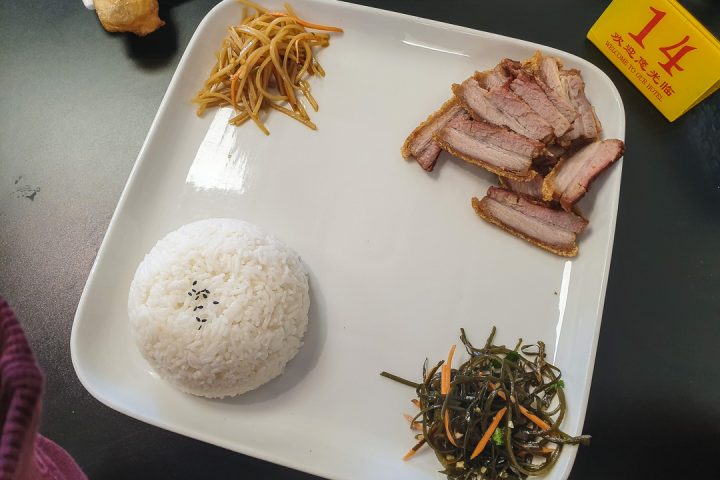 Another order we had was Crisp Pork Belly With Rice and 2 sides (NZ$17.90), another surprising dish because I was expecting something like a Chinese roast pork dish, it was not, but rather a thinly sliced pork that was deep fried to a crispy state. It was like lechon kawali but in thin slices, it was too salty as well. It comes with two sides a seaweed salad and Spicy and Sour Thinly sliced potatoes. I don’t mind the saltiness as it was perfect with the plain rice but for others this can be a problem. 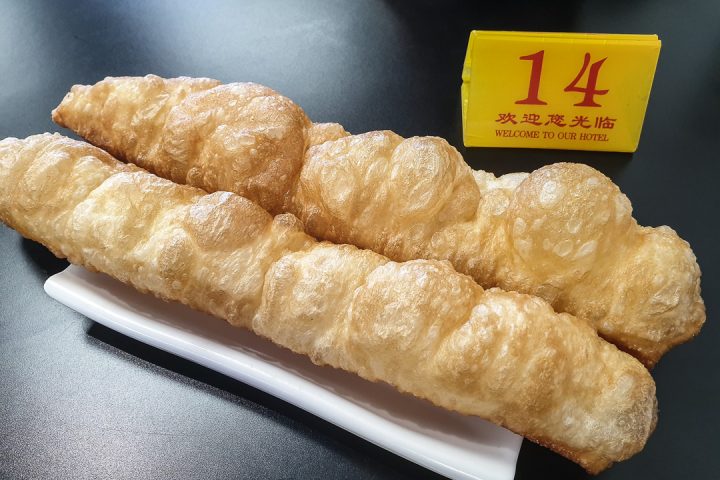 Finally our favourite, we never knew it will be the best of our orders, this Deep Fried Chinese Donut Sticks (NZ$3.90) which was super crunchy on the outside, doughy and chewy in the inside, a bit savoury and it was really good. I can easily devour 3 piece of this in one sitting, it was addicting.

Well there you go, I was quite disappointed, my bars were set high when I saw that they serve the best brisket noodle dish in Auckland, perhaps they are but it’s hard to believe because the quality of noodles I got did not reflect that. I know it’s not the beef brisket noodle soup but I guess they use the same base and same noodles so I will just assume for now until I try what they advertise.