My first Chocolate Chip Cookie was not a homemade one but a ready to eat American Brand called Chips Ahoy, that’s the only chocolate chip cookie we know during the old days. There were no other brands and no other means to make a homemade version as oven was never popular in the Philippines during the 80’s specially for the middle to lower earning demographics of the population. It was always more convenient and cheaper to buy baked goods in a bakery rather than owning an oven. Chips Ahoy was everywhere during those time because it’s one of the most popular item in a “Balik Bayan Box” or “pasalubong” from your relative in America, and if you don’t have a relative in the states you can always buy them from any of the American Bases in the Philippines like Subic, Clark and Camp John Hay. Chocolate Chip Cookies was one of the first things I made as a child, while we don’t have an oven, we have an oven toaster and that’s where I made it. I still remember this was the first thing I made in that brand-new oven toaster and I made only 4 cookies on my first batch. That started my interest in cooking as the result came out really good the first time, I made them.

When I first made it probably it was around 1985 and it this cookie was already existing for 47 years already. Invented by American chefs Ruth Graves Wakefield and Sue Brides in 1938, rumours say that the cookie was accidentally invented when she expected the chocolate chunks would melt, making chocolate cookies but that was not the case. The original recipe uses a Nestlé semi-sweet chocolate bar where it is chopped to bits then added into the cookie dough, the original name of the cookie was “Toll House Chocolate Crunch Cookies” named after the Inn Wakefield owns. Later on Wakefield gave Nestle the recipe for her cookies and was paid with a lifetime supply of chocolates form Nestle. 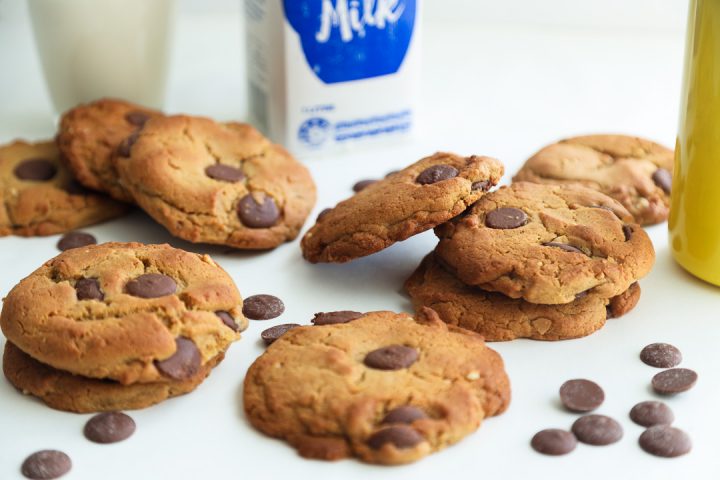 During WWII the cookies started to become popular as the soldiers from Massachusetts who were stationed overseas shared the cookies to where they were. I think that is why it become really popular in the Philippines too since a lot of Americans were based there after WWII.


Today I am making these cookies and I haven’t made them for quite some time now, can’t even remember when was the last time I made it. One thing for sure this probably not the same recipe I used when I was a child on that oven toaster but one thing I can promise is that this recipe below is quite good, if you like super soft and chewy chocolate chip cookies then this one is for you.